It was a party for peace: On July 28, 1991, thousands attended a concert in Sarajevo to protest an impending war. Author Danijel Visevic is looking for people that were there and willing to share their stories. 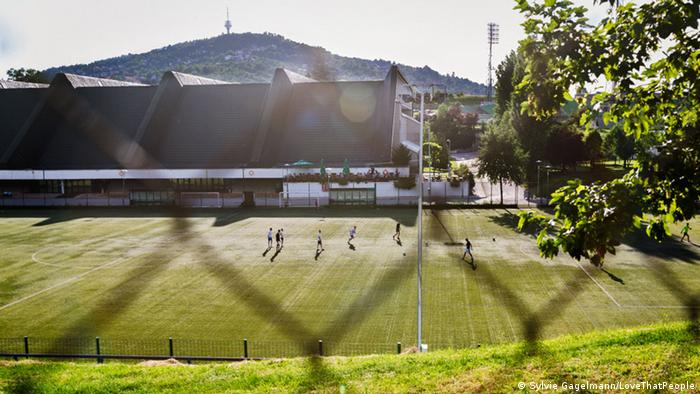 The Zetra Olympic Hall, where the peace concert was held 25 years ago

DW: You want to remind people of the forgotten peace movement in the former Yugoslavia. The movement reached its highpoint at a concert Sarajevo's Zetra Olympic Hall a few months before a bloody war tore the country apart. How would you describe the "Zetra Project"?

Danijel Visevic: The "Zetra Project" is an online space where people that were at the Zetra Hall concert can meet once again. We are collecting stories from people that were actively engaged in promoting peace, who were at the concert, and have a connection to the peace movement. They can tell us their stories so that the memory of the movement remains alive. But also to remind others that back then people around the country wanted peace.

How did the war in Yugoslavia come about if - as you say - most everyone was against it? What answers have you found in the meantime?

Obviously, that is a very difficult question to answer. On the whole, people were indeed against the war - regardless of religion or nationality. No one group of people was for war - although some from the other side have peddled such claims. An example is that there were more than 30 such concerts and more than 30 peace protests in different cities around the whole of Yugoslavia at the time. And those were protests that were spontaneous and organized by the people; no political party organized them. That shows that many citizens perceived the war as a real threat and wanted to keep it from happening. How did it nevertheless happen? For me it was not because of hate - or if hate played a role, it was only a small part of the overall equation. I categorically refute the claim that various peoples within the former Yugoslavia hated each other so much over the centuries that they couldn't wait for [former leader Josip Broz] Tito to die so they could finally attack each other again. Meanwhile, many political scientists have also dispelled the proposition that ethnic hatred was the reason for the war in the former Yugoslavia. The Zetra Project demonstrates that as well. 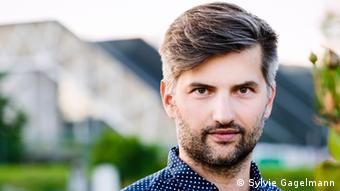 Milan Trivic, one of the organizers of the Zetra Hall concert, said: It only takes a few people to start a war - they just have to create a few incidents and then claim they were attacked, and finally, that they have no option but to defend themselves. Do you agree with that assessment?

As a journalist, I would have to say, yes, I think that is the best assessment of the situation. Historians like Ulf Brunnbauer have also described how wars begin like that, and specifically how the wars in Bosnia and Yugoslavia began in that way. It is absolutely true that a small number of extremists can create such incidents. As a result, citizens are practically forced to join one side or the other - anything less is life-threatening.

How important was the peace movement?

I think it was very important - even today. Many people ask me: Why are you doing this? The war broke out anyhow, why are you reminding people of a failed peace movement? I reply that a peace movement is only unimportant if we forget it. If we remember it, we remember that people actually did a lot to try to stop a war. I think it will also change the way we look at ex-Yugoslavia - even abroad, where the Balkans are somehow thought of as an underdeveloped civilization compared to the West. We in the West have to rid ourselves of the illusion that we are more developed. We aren't. I think that the former Yugoslavia was in fact very advanced. We can learn a lot from what happened back then - and we can use the example to decisively oppose the creation of divisions between people today - for instance, between Muslims and non-Muslims.

Many of the people that you have spoken with in your project see parallels between the former Yugoslavia and today's Europe. What is their message for Europe?

That we are, above all, people. No matter how simple that message may be - I find it especially valuable that it comes from people that have experienced war. The basis for the war was the allocation of a certain nationality - and that should never be a criterion that defines us.

Danijel Visevic is a Berlin-based journalist, author and film director. Most of his family lives in Bosnia and Croatia.