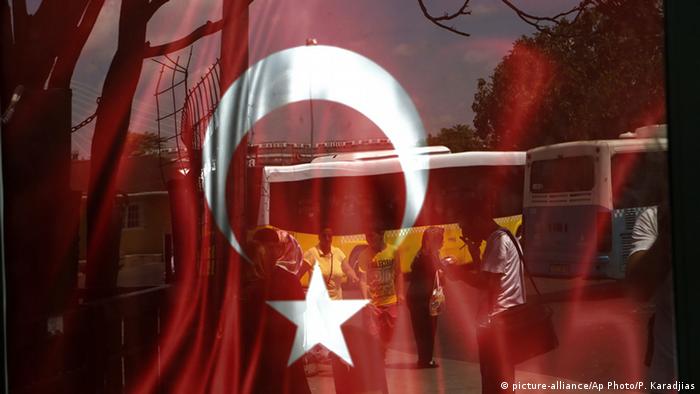 Turkish prosecutors have issued arrest warrants for 84 university academics and 29 banking regulators have been detained in the latest purge to rake Turkey since last month's coup attempt.

Most of the academic suspects were at Selcuk University, including the university's former rector professor Hakki Gokbel. The university is in the city of Konya, about 160 miles (260km) south of the capital, Ankara.

Exodus from Turkey after the coup

So far, 29 academics have been detained. Meanwhile, authorities on Friday also detained 29 inspectors from the Banking Regulation and Supervision Agency (BDDK) for "irregular inspections."

The banking investigators are suspected of making examining the accounts of a government-related foundation and of business people, some with close ties to Turkish President Recep Tayyip Erdogan.

A BDDK spokesman was not immediately available for comment.

Turkey's Western allies have said they are alarmed by Ankara's far-reaching crackdown in the aftermath of the July 15 military action that sought to oust Erdogan from power.

More than 40,000 state employees had been detained, with 20,335 remanded into custody, according to Prime Minister Binali Yildirim. Another 5,000 civil servants have been dismissed and almost 80,000 others suspended, he added.

Erdogan has long accused cleric Fethullah Gulen, who has lived in self-imposed exile in Pennsylvania since 1999, of running a "parallel network" inside government institutions and the military. Gulen has denied those allegations and has condemned the coup attempt.

Gulen's organization does have followers throughout society, and they helped Erdogan in the early years after his AK Party was elected in 2002.

Gulen and Erdogan eventually fell out after police and prosecutors, seen as sympathetic to the cleric, opened a corruption investigation into Erdogan's inner circle in 2013.

An Istanbul court has released 758 conscripted soldiers who were detained as part of the investigation into a failed military coup. Military high school students were among those released. (30.07.2016)