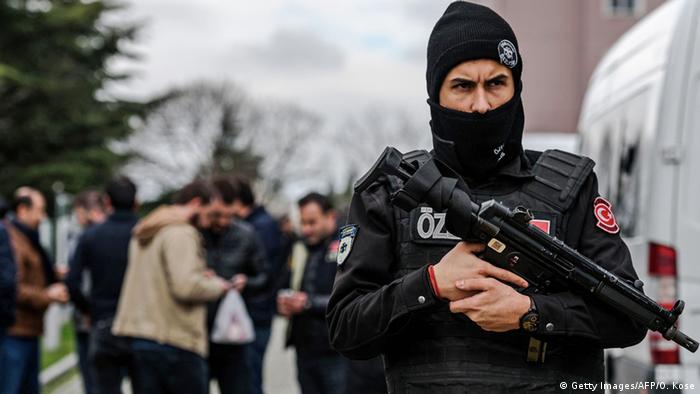 President Recep Tayyip Erdogan alleges Gulen has built a network of schools, charities and businesses in Turkey and abroad over the decades in order to infiltrate the state and create a "parallel structure" with which to take over the country.

WorldLink: 'The hatred is palpable'

The exiled imam, who has lived in the US since 1999, has denied involvement in the failed July 15 coup, in which 240 people died. Nevertheless, Erdogan vowed to cut off the revenues of businesses accused of having links to Gulen, a longtime political antagonist, describing them as "nests of terrorism" and promising no mercy in rooting them out.
Watch video

Can Dundar: No faith in Turkish judiciary

Can Dundar: no faith in Turkish judiciary

Even before the putsch, authorities had taken over or closed several media companies and detained businesspeople on allegations of funding the cleric's movement. Since the coup, authorities have formally arrested 17,000 people and detained 18,000 more and suspended tens of thousands of civil servants in a purge of Turkey's military, education and justice systems.

On Monday, police cited the coup investigation in raiding the main courthouse on the Asian side of Istanbul, searching offices there and detaining 83 judicial personnel, Anadolu reported. A day earlier, police had detained at least 136 court staff in raids on three halls of justice, including Turkey's largest courthouse, on the European side of the city.

Police also took a former lawmaker for the ruling Justice and Development Party, which Erdogan founded, and seven academics in the Black Sea city of Trazbon into custody, Anadolu reported.