President Erdogan has demanded researchers working abroad come home to Turkey. The scientific community in Germany is concerned and angry about the infringement on lecturers' and students' rights. 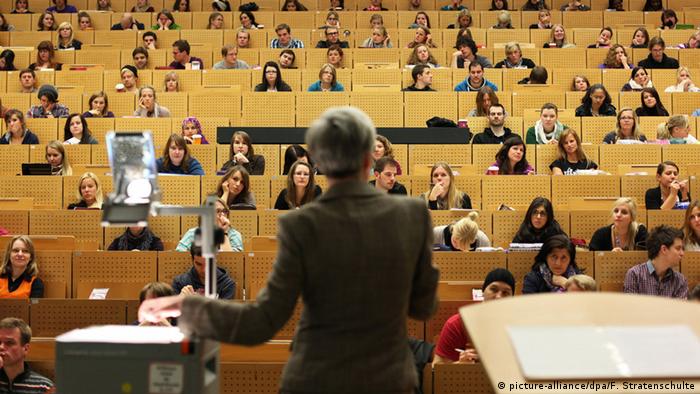 After the failed coup attempt in Turkey earlier in July, President Recep Tayyip Erdogan established a state of emergency and began cracking down on perceived enemies in all fields of life. In addition to arresting thousands of citizens and military personnel and firing almost 3,000 judges, Erdogan has also begun targeting the academic community in and outside of Turkey. So far he has ordered the closure of more than 1,000 private schools, fired 15,000 education ministry officials and called on almost 1,600 university deans to resign.

On top of a travel ban for Turkish academics, those who are already abroad have been called to return to Turkey. Thomas Zettler from the German Academic Exchange Service explains that the decree by Turkey's Council of Higher Education is not actually valid anymore and that each university's president can now decide whether to call their lecturers and students home.

But the fact is that many universities in Erdogan's country are doing exactly that - and are thus placing many Turkish academics in a tough spot.

"Of course these people are moved by thoughts of their families who are still in Turkey," Mahir Tokatli, a Ph.D. student at the Institute for Political Science and Sociology at Bonn University, told DW. "You mustn't forget that Turkey is home for them. And if they don't follow the request to return, they will be threatened with lay-offs and sanctions."

Weeding out the Gülen movement 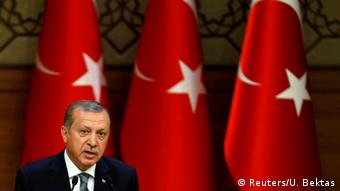 After the attempted coup, Erdogan's power has been growing even more

That's why some Turkish academics are already home or on their way there, even though much harder consequences could await them. Erdogan is targeting academics claiming that they are supporting the President's nemesis, Fethulla Gülen. Even though university deans and lecturers don't have much to do with the military generals that attempted to overthrow the government, the Gülen movement is accused of masterminding the coup. And at its core, it's an education-based movement.

"In Turkey, they're currently trying to remove the Gülen movement from all state structures," Tokatli said. "But this isn't just about academics that are suspected of being in cohoots with Gülen. The government is calling on all journalists or academics who are critical of the regime to return to Turkey under the guise of fighting the Gülen movement."

Following this call could come with a heavy pricetag - Erdogan is not known for treating critics gently. Academics who don't support the president might not be allowed to publish anymore, which basically is tantamount to a death sentence in academia. They could still lose their job after their return or, even worse, face criminal prosecution.

Ignore the call-back, lose your job and endanger family in Turkey? Or return and face unknown risks? It's an almost impossible choice to make. At least one of the Turkish academics working at Bonn University is already on his way home, while two students who were also asked to return are still considering. 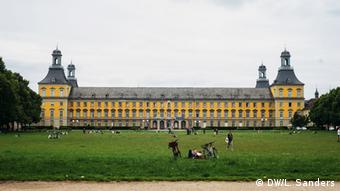 The fact that even Turkish students at Bonn University were called home is "shocking," Archut said

"It's very difficult to give these people advice," Andreas Archut, press officer at Bonn University, told DW. "There's a lot at stake for them. They risk their position with their university back in their home country, so we cannot really advise them not to follow the call. We're trying to council people, but we cannot make the decision for them."

Archut could not put DW in touch with the parties involved, since the academics are worried for their safety and have a hard time opening up to university officials, not to mention the press.

Cutting science where it hurts

The call for Turkish lecturers and even some students to return home from abroad is especially jarring since international cooperation is a vital part of scientific progress and discoveries that could lead to new energy sources, innovative peace plans or life-saving medication.

"Science is at heart an international process," Archut said. "Exchange and mobility are mandatory for a working scientific process and therefore we are very concerned about what's going on right now in Turkey."

Tokathi is not just concerned. He is angry.

"It's egregious that Turkey dares to call Turkish academics living and working in Germany home this way," he said. "Science thrives on freedom. And the free mind is significantly restricted by the Turkish government here."

Turkey wants Germany to hand over alleged supporters of Fethullah Gulen, the man they accuse of being the mastermind behind the failed coup. Strained relations between Berlin and Ankara look set to get a little more so. (28.07.2016)

Turkey has closed down dozens of media outlets in a widening crackdown following the failed July 15 coup attempt. A major shake-up of the mililtary is expected on Thursday as well. (28.07.2016)