The idea of Greater Albania – uniting all Albanians in one state – is once again a hot topic in the Balkans. While leaders in Pristina and Tirana deny pan-Albanian ambitions, their recent statements have caused alarm. 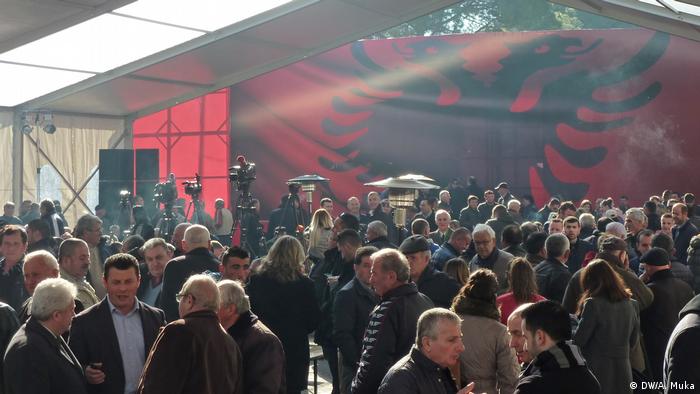 Nationalists from many Balkan nations have long accused Albanian leaders of a malicious ploy to create a "Greater Albania" by annexing territories from their neighbors. In turn, mainstream Albanian politicians have consistently rejected the idea as fear mongering.

However, with the EU's influence waning in the Balkans and old conflicts once again bubbling to the surface, leaders across the region turn to nationalist myths to harness votes. In a Politico interview less than two weeks ago, the moderate Albanian Prime Minister Edi Rama said that he could not rule out a "little union" between Albania and Albanian-dominated Kosovo if the EU decided to take membership off the table. 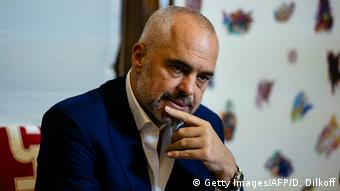 The next day, Kosovo President Hashim Thaci said that "all Albanians in the region will live in a single, united" space if the EU closes its doors. This was the way to continue "the integration into the European family," argued Thaci.

However, the Kosovo leader denied he was pushing for Greater Albania when asked by Deutsche Welle to clarify his remarks on Wednesday. Speaking at media conference in Pristina, he labeled the concept "a Belgrade invention, aimed at justifying their own Greater Serbia ambitions."

Thaci had also accused the EU of being naïve and buying into Serbian propaganda.

Chairman of the Albanian National Council in Serbia, Jonuz Musliu, upped the ante by saying that Albanian-populated towns in Serbia - Bujanovac, Presevo, and Medvedja - should also join Kosovo and Albania.

"Serbia should be grateful" that Albanians are not asking for even more territory, he said.

Belgrade responded with alarm. The government-dominated media slammed Albanian politicians, once again rehashing memories of the Kosovar war that ended 18 years ago. Serbian Prime Minister Aleksandar Vucic, a former ultra-nationalist turned pro-European, appealed for calm, but also commented that he would be "hanged instead of a flag from a mast in Brussels" if he made a similar statements about uniting all Serbs. Many Serbs still live in former Yugoslav republics and control their own entity in Bosnia and Herzegovina.

Serbian Foreign Minister Dacic also said that the EU, the US, and Britain "will be directly responsible" if the Albanians push ahead with their territorial ambitions.

"Luckily, all of this is mere dreaming. However, experience has taught us that the road leading from a dream to a nightmare is short," Dacic said.

The response from the West was initially lukewarm. Last week, however, EU's Enlargement Commissioner Johannes Hahn spoke out against messages from Albanian leaders, saying they "can easily backfire" on politicians sending them.

"I would like to take the opportunity to express my disappointment and may I say annoyance about inflammatory statements from certain leaders in the region," he said after meeting Dacic in Brussels. The statements implying "changing borders are not acceptable and more than unnecessary and counterproductive."

Despite the outrage in Belgrade, international observers do not believe that Albanians would try to unite their territories through either violence or diplomacy. The provocative statements were most likely political posturing for this year's elections in Kosovo and Albania, experts told DW. Also, the threat about changing borders could serve to pressure the EU into softening its policy towards Albanian majority states.

'Pipe dream' of uniting all Albanians

The talk of unification is a "pipe dream," claims Frederik Wesslau, senior policy fellow at the European Council on Foreign Relations think tank. However, it is very useful for both Albanian and non-Albanian politicians looking to rally their voters. 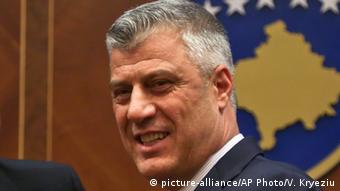 "The bogeyman of Greater Albania is something that pops up from time to time – it's used by Albanian leaders, but also other leaders in the Western Balkans," says Wesslau, who spend several years working for the OSCE and the UN in Kosovo.

"When it serves their specific political objectives, they can always bring that out as a dream for the Albanians or as a threat of Albanian nationalism when the Serbs and the Macedonians do it."

In reality, the agendas in Pristina and Tirana are not as similar as they appear at first glance, Wesslau added. Also, while the idea of uniting all Albanians holds an emotional appeal, not many voters actually support working towards this goal, he told DW.

"There are always extremists, and you see this everywhere, but this is really a fringe phenomenon so I don't think we need to be afraid," Wesslau added.

The recent statements by Rama and Thaci "shouldn't be taken that seriously," agrees Kosovo-born Erdoan Shipoli, Associate Dean of School of Public and International Affairs at Virginia International University. 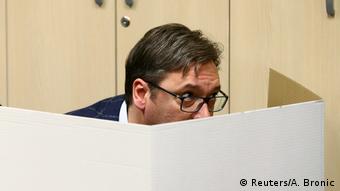 "What the Albanian leaders hope to accomplish with these statements is get more votes from the more nationalist groups," he told DW. "Many Albanian politicians are accused of being bought by the US, EU, this country or that group, so this way they want to show that they also are patriots."

"Most of the Albanians, as far as I can observe, think that the best way to be united is under the EU umbrella," he said.  "Albanians know that it would be very difficult, if not impossible, to even choose the leader of the Great Albania, let alone making it function. The support for such an initiative is minimal," he added.

Even so, the talk of Greater Albania can be dangerous, according to the expert. People across the region are tired of corruption and unemployment, pro-western Albanians feel like the EU has failed to defend their interests in Macedonia and Serbia, and Kosovo citizens are angry at the EU for not letting them travel without visas. In such circumstances, it is natural for nationalist sentiment to rise, Shipoli said.

"Right now there is no support but if the EU continues to fail the Albanians in general and Kosovo in particular, then this thought will gain more momentum and have more acceptance," Shipoli told DW.