'An extremely explosive combination in the Balkans'

Secessionist aspirations, protests and ethnic provocations: the Balkans cannot seem to find peace, political scientist Silvia Steininger has told DW. EU leaders are set to discuss how to bring calm to the region. 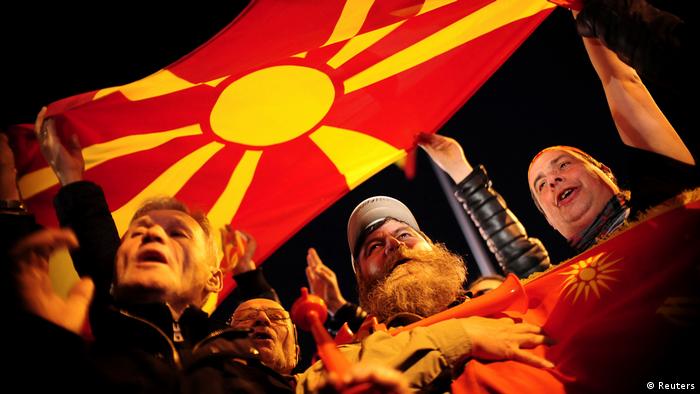 DW: The Balkans are documented in this year's Heidelberg Institute for International Conflict Research (HIIK) annual Conflict Barometer. What kinds of conflicts did the HIIK find in the region?

Silvia Steininger: We are currently observing 18 conflicts in the Balkan region - most are nonviolent. In fact, we found that only two conflicts in the Balkans involved violence last year. The first of those was the conflict between Macedonia's government and its opposition, which we have been observing since 2014. The other is a similar conflict that broke out last year between Kosovo's government and opposition. Both conflicts, however, have been labeled "violent crises," which, according to our methodology, is the lowest level of violent conflict.

We can observe three categories of conflict in the Balkans. The first includes conflicts with a strong ethnic component. Those conflicts are primarily leftovers from the Balkan wars, and, thus, most prominent in the countries of former Yugoslavia. The second group consists of so-called classic conflicts between government and opposition groups. We have been observing such nonviolent versions of this type of conflict in Romania and Bulgaria. And, as I already mentioned, violent versions thereof in Kosovo and Macedonia. The third group consists of conflicts involving militant groups. Such conflicts are going on between xenophobes and right-wing and extreme-right groups and minorities in Hungary, or in conflicts with Islamist groups in Bosnia and Herzegovina.

The secessionist aspirations of the Republika Srpska are also a major topic in Bosnia and Herzegovina. How worrying is the situation in that divided country? 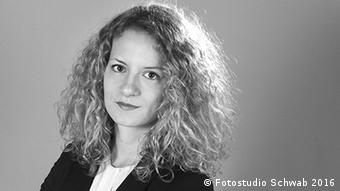 Silvia Steininger is a political scientist and a lawyer. She is responsible for research on conflicts in the Balkans for the Heidelberg Institute for International Conflict Research

The opposition conflict in Macedonia was one of the most serious conflicts that we observed in the Balkans last year. And we have yet to see any de-escalation of the conflict over the last three years. Our assessment of the level of violence seen in Macedonia also leads us to believe that de-escalation will not come anytime soon. Thus, our prognosis is negative.

Unfortunately, mediation by a number of organizations, including the EU, have not led to any long-term solution to the conflict. The situation then became especially tense after last December's elections. In light of that, we view protests over the introduction of Albanian as a second official language with great trepidation. The amalgamation of questions of political rule and ethnic resentment is an extremely explosive combination in the Balkans.

How would you assess the current situation in Kosovo?

Kosovo has enormous difficulties. Relations between Kosovo and Serbia are decidedly better these days, some 10 years after Kosovo declared independence; nevertheless, tensions regularly flare. One such flare-up occurred in January, when, for the first time in 18 years, Serbia sent a passenger train from Belgrade to the Serb-dominated city of Mitrovica in northern Kosovo. The train was decorated in Serbia's national colors and adorned with the words "Kosovo is Serbia." After major protests, Serbian Prime Minister Aleksandar Vucic ordered the train stopped at the Serbian border. Needless to say, such episodes will not lead to ending the conflict between Kosovo and Serbia.

A further conflict has arisen in Kosovo, as well: one between the government of President Hashim Thaci and opposition Albanian nationalists. Kosovo signed bilateral agreements with both Serbia and Montenegro in 2015. This led Albanian nationalists to employ tactics such as using tear gas in parliament or inciting violence in the capital Pristina in order to keep the agreements from being implemented. Kosovo remains very divided.

Will the Balkans remain a powder keg ?

Although it is a relatively small area geographically, there are a large number of longstanding and very virulent conflicts in the Balkans. Above all, the many ethnic conflicts that we have observed in the Balkans over the years, even decades, have not decreased in number. Our assessment is that the potential for conflict in the Balkans remains significant.

Can the European Union do anything to ensure peace in the Balkans?

The EU plays a major role throughout the entire Western Balkan region. For the countries of former Yugoslavia, the EU offers a potential future - very often with the goal of democratic transformation. Of course, we can also see that Croatia's EU accession has sent a powerful signal to many countries in the region. EU member states are also active in securing peace in North Kosovo. But the EU also plays an important role in the entire state apparatus of Bosnia and Herzegovina. We also observe that, in Serbia and Montenegro, the EU accession process has been a major impulse for those states to find peaceful solutions to ongoing conflicts. The EU plays an important role in Macedonia, too, as it has been repeatedly engaged as a mediator between conflicting parties over the last several years. Nonetheless, it does not look as if those efforts will bear fruit anytime soon.

German Chancellor Olaf Scholz has called on Bulgaria to withdraw its objection to North Macedonia joining the EU. The West Balkan nation was given the nod to start accession talks two years ago but progress has stalled.