Aleksa Konstantinov was one the brightest maths students in Serbia this year but like many Balkan youngsters he immediately left for a US university after finishing school.

Bosnian neurologist Sanina Babic Ribic was either laughed at or told she needed "political or some other support" to get a job after she graduated. She moved to Germany to work three years ago and now earns "four Bosnian salaries".

These are just two among the tens of thousands of young people who have abandoned the Western Balkans in the face of unemployment, corruption and low wages, looking for better prospects in northwestern Europe or America.

The World Economic Forum's 2016/17 Global Competitiveness Report ranked Serbia 137th out of 138 countries for "capacity to retain talent". Bosnia was ranked 134 and Croatia 132, while Albania and Macedonia were just slightly ahead.

According to a recent study by Montenegro's Centre for Civic Education, half of its young people want to leave the small country of about 620,000 people. Studies show that most of those leaving in the massive regional "brain drain" are well-educated youngsters. 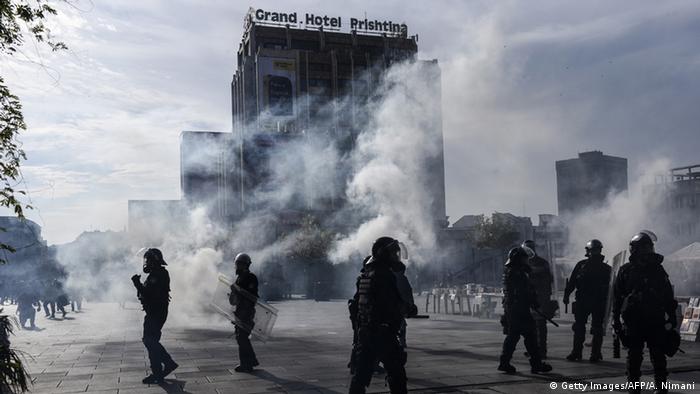 Teargas in Pristina, Kosovo, during a November 2015 riot: Europe's newest country, which declared independence from Serbia in 2008, hasn't fully calmed down, and its economy remains dire, with 60 percent youth unemployment

Many of the most talented young people emigrate

"Universities in the US and Britain... offer many more opportunities," 19-year-old Konstantinov told AFP by email from the Massachusetts Institute of Technology (MIT), where he is now studying. Last year a record 58,000 people left Serbia -- more than double the yearly average of 26,000 between 2004 and 2013, according to Vladimir Grecic, an immigration expert and a Belgrade University professor.

Croatia, despite its islands, beaches, ancient stone towns and other tourism assets, has a 43 percent unemployment rate among 15 to 24-year-olds, and its entry to the European Union in 2013 has enabled youngsters to flock to Germany, their preferred destination, followed by Britain. (Picture at top: Young people at a long-distance bus terminal in Croatia.)

In Macedonia, "about 85 percent of final-year university students have said that they see their future out of the country," according to a government report.

Kosovo is among the hardest-hit countries in the Balkans: half the population is aged under 28, but youth unemployment stands at almost 60 percent. "Not only me but every young Kosovan dreams of leaving and continuing his professional career abroad," said Blerim Cakolli, a waiter and law graduate in the capital Pristina.

Cakolli, 31, said he had been looking for a job in the legal profession for more than four years. "The lack of opportunity for youngsters makes them ready to leave and degrades our society," he said.

Across the region, those most likely to leave are healthcare providers. Babic Ribic, the 37-year-old neurologist now working in the northeastern German town of Paderborn, said one of her Bosnian colleagues paid a 5,000-euro ($5,200) bribe to get a job in Sarajevo University hospital. "I couldn't afford that, neither financially nor morally," she told AFP. 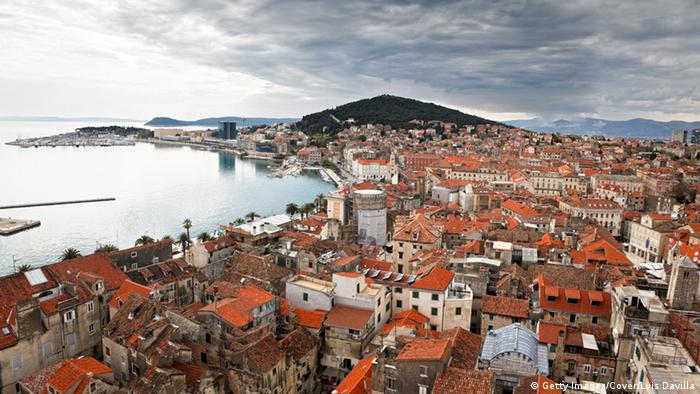 The town of Split, Croatia. Nestled along the Mediterranean sea, Croatia's orange-tiled towns and verdant mountains are a magnet for tourists. Still, the unemployment rate is high, and many young people emigrate

In the poverty-stricken northern Bosnian region of Tuzla, the Alphabet InfoCentar organises fortnightly meetings between foreign employers and locals seeking work. Mersudin Mahmutbegovic, the centre's head, said Germany had signed an accord with several Balkan countries, including Bosnia, authorising the employment of up to 250,000 people from the region in its health sector by 2020.

Short of doctors and nurses, Germany finds Balkan employees to be "flexible and reliable," Mahmutbegovic said. And they are spurred to leave by "a lack of employment, low salaries and few possibilities for career progression" at home, said Albanian university professor Gazmend Goduzi, who co-authored a study on healthcare workers' migration from the Western Balkans.

The Balkans seem to be caught in a vicious circle: While young educated professionals are driven to leave by poor economic prospects, their departure further harms the struggling economies of their homelands. Serbia is estimated to have lost 12 billion euros since the early 1990s - when the former Yugoslavia fell apart in conflict - due to the departure of well-educated young people, particularly scientists and technical engineers, according to local media.

In Albania, businessman Alan Zuzi said his fishing company in the northern town of Lezha almost filed for bankruptcy in 2015 after 60 percent of his employees emigrated.

MIT student Konstantinov said that young people would only stay in the Balkans if living standards and prospects improved. "I would love to come back to Serbia some day and find a job there, because after leaving I've realised how much I love Serbia and that nowhere else feels like home."

The best swimming areas were in Luxembourg, Cyprus, Malta, Greece, Croatia, Italy, Germany and Austria - all of which had more than 90 percent of bathing sites rated excellent. (26.05.2016)