Germany, France, Italy, Britain and the United States are seeking compromise over tensions between Serbia and Kosovo. Both are seeking EU accession. 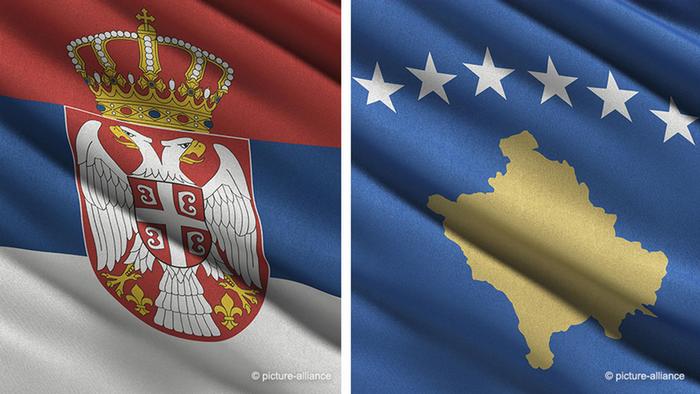 Five western nations urged Serbia and Kosovo on Tuesday to enter into dialogue to alleviate tensions in the region.

Germany, France, Italy, Britain and the United States said the quarrelsome neighbors should "restart the EU-led Dialogue with urgency."

The lack of progress because of the simmering feud is hindering their chances of an accession to the European Union, the five NATO countries said.

"The status quo prevents progress on Kosovo's and Serbia's path towards the European Union (EU) and is simply not sustainable," the jointly released statement said.

The governments said they were prepared to play a part in the talks but only if "you both signal a willingness to compromise, remove obstacles and resume discussions."

The statement was looking for concessions on both sides in order to find middle ground.

"For Kosovo, that means suspending the tariffs imposed on Serbia," the statement continued, referring to a 100% tax placed on Serbian goods last November.

The countries then called for Serbia to stop its "de-recognition campaign against Kosovo," referring to Belgrade's efforts to persuade other countries to deny their acknowledgement of Kosovo's statehood.

Serbia and its former province Kosovo, which is predominantly ethnic Albanian, still have a strained relationship two decades after Pristina broke away in a separatist war. Ten years later Kosovo declared independence.

Catalonia to South Sudan: A world of separatist movements

Catalonia is fighting to separate from Spain. It is just one of a number of regions around the globe to push for independence in recent years. DW looks at some of the world's more high-profile separatist movements. (04.10.2017)

Serbia and Kosovo clash over army at UN Security Council

The only mistake Kosovo made in creating an army was "waiting five years," the country's president has told the UN Security Council. But Serbia has urged the UN to "tame" Pristina. (17.12.2018)