Serbia and Kosovo clash over army at UN Security Council

The only mistake Kosovo made in creating an army was "waiting five years," the country's president has told the UN Security Council. But Serbia has urged the UN to "tame" Pristina. 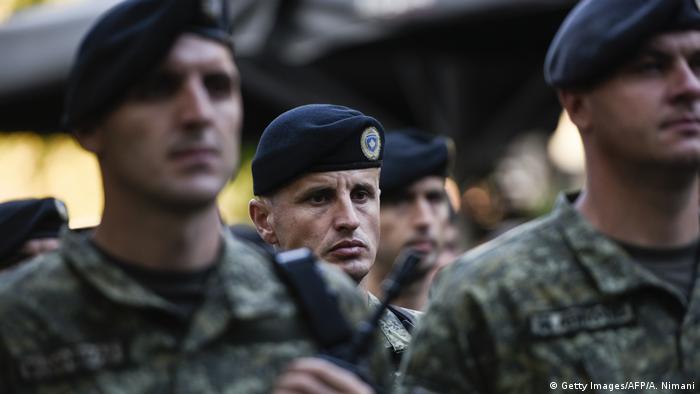 World powers discussed Kosovo's decision to form an army at a UN Security Council session on Monday. Serbia and Russia have strongly protested the move.

Addressing the council, Serbian President Aleksandar Vucic said he was "very much concerned and a bit afraid" by the developments in the region.

He urged international representatives to influence Kosovo leaders, saying that "someone has to curb, someone has to tame those people, because measures that they have taken recently are something that is not coherent with the 21 century."

At the same time, Vucic seemed to downplay fears that Serbia might intervene militarily over the creation of an army in Kosovo.

"We will refrain ourselves of doing wrong steps in the future as well, because we suffered a lot in the past and we don't have any more kids to spend in different types of wars, hostilities, and clashes," he said.

'We've always been the victim'

In turn, Kosovo President Hashim Thaci that the only threat to peace were "irrational calls for war and conflict" coming from Belgrade.

"If Kosovo made a mistake, it was only by unnecessarily waiting for five years to establish an army," the Kosovo leader said, adding that the move would bring more peace and stability.

Russia representative Vitaly Churkin said that a Kosovo army was a "gross violation" of the UN resolution 1244 which was passed after the war ended in 1999.

"The resolution contains an absolutely clear demand on the demilitarization of any armed groups of Kosovo Albanians and authorizes the presence - on the territory on Kosovo -exclusively of a multinational contingent under international control," Churkin said.

The Kosovo parliament voted Friday to transform the existing Kosovo Security Force (KSF) into an army.

"Whatever happens at the Security Council, despite the concerns of a certain individual or a country, the formation of the Kosovo army is an irreversible act," he told repoters in Pristina.

Pristina has repeatedly stated that army would not threaten Kosovo Serbs. Authorities are aiming to recruit 5 percent of the 5,000-strong troop from the Serbian minority.

However, many international partners of both Serbia and Kosovo fear a new armed conflict in the Balkans, around two decades after the end of the Kosovo War.

The standoff between Belgrade and Pristina stems from a 1990s military conflict, when Albanians started an armed revolt in response to Serbian oppression. Serbia responded with a military crackdown.

In 1999, NATO launched a 78-day bombing forcing Milosevic to withdraw his troops. Thousands of ethnic Serbs left Kosovo alongside the Serbian army and police, and many others have been forced out by Albanians in a 2004 violent unrest. The Washington-led intervention made Kosovo Albanians staunch allies to the US.

Some 120,000 Serbs are believed to still be living on Kosovo territory, most of them congregated in four Serb-majority regions on Kosovo's north. 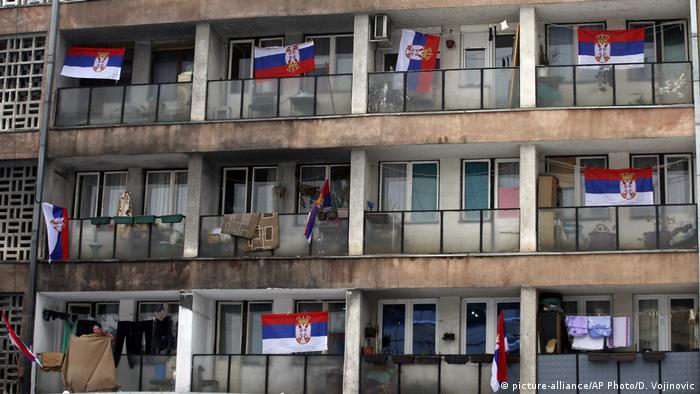 Kosovo's Albanian-dominated authorities declared independence from Serbia in 2008. However, the move was bitterly opposed by Belgrade with the backing of Russia. While most Western countries recognize Kosovo's statehood, several EU member states oppose it to this day. China also rejects Kosovo's secession.

A Serbian diplomatic campaign has managed to keep Kosovo from becoming a UN member. In recent years, the EU has mediated talks on normalizing ties between Belgrade and Pristina, but the talks have largely stalled.

In November, Serbia successfully lobbied to prevent Kosovo from joining Interpol. Angered by the move, Pristina slapped 100 percent tariffs on Serbian imports, ignoring a regional free trade accord. The EU decried the move as a "clear violation" and called on Pristina to "immediately revoke these decisions."

The move increases economic pressure on Serbian enclaves in the north. Days later, Kosovo security forces made a rare raid into Serbian-dominated areas to arrest four suspects for the murder of Serb politician Oliver Ivanovic.

With the move to create an army following in mid-December, Kosovo Serbs and Belgrade fear that Pristina may be preparing to claim the Serbian-majority north of Kosovo by force.

Serbia's prime minister has warned that Belgrade could respond by deploying troops, saying that a military response "is unfortunately one of the options on the table."

"We cannot stand by and watch someone do another ethnic cleansing," Ana Brnabic said.

Kosovo's Prime Minister Ramush Haradinaj, a former guerilla leader, stressed that the army "belongs to all" and would "stand for freedom."