Serbia's president has accused Kosovo of mobilizing security forces in a northern area heavily populated by Serbs. The EU has urged both sides to "end these provocations" before the situation spirals out of control. 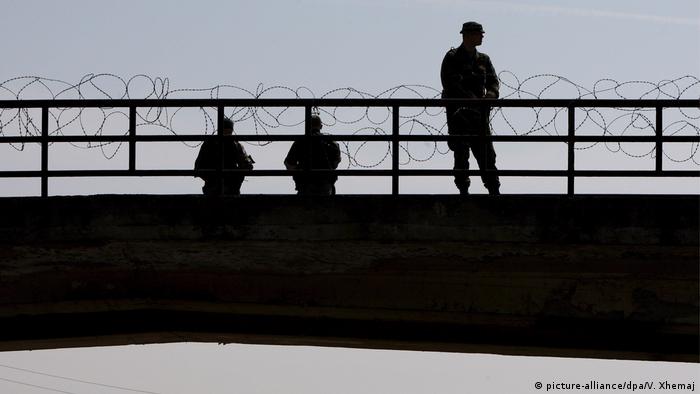 Serbian President Aleksandar Vucic on Thursday warned Pristina against mobilizing security forces to northern Kosovo, the part of the country where ethnic Serbs make up a clear majority.

"We have information of [Kosovo] Albanian troops moving toward northern Kosovo," Vucic said in Belgrade. "I hope nobody will come up with the idea to use force against our people [in Kosovo] and begin killing them just because they are Serbs."

Tensions between Serbia and Kosovo have flared since Pristina announced tariffs against Serbian products amounting to 100 percent of their value. Kosovo cited an aggressive Serbian strategy in blocking it from obtaining Interpol membership as the primary reason for the tariffs.

"We call on the two leaderships to bring to an immediate end these provocations and focus on completing normalization of relations without further preconditions," said Maja Kocijancic, Mogherini's spokeswoman. Both sides have sought EU accession. 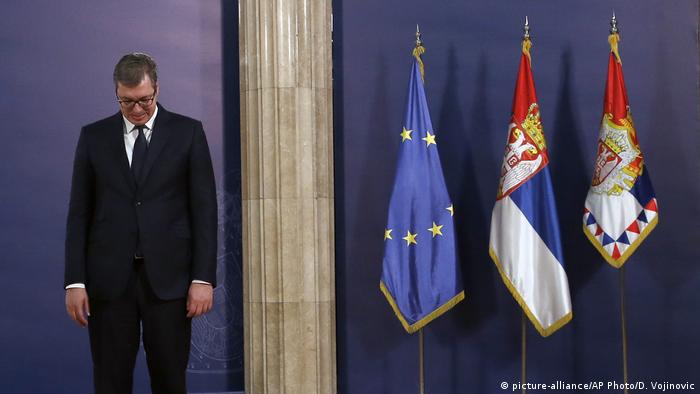 But Kosovar Prime Minister Ramush Haradinaj has refused to withdraw the tariffs unless Serbia recognizes Kosovo's independence. In 2008, Kosovo unilaterally declared independence nearly a decade after a brutal war that killed more than 13,000 people, many of them ethnic Albanians.

"I believe that such steps [tariffs] on products coming from Serbia should be permanent until the recognition," Haradinaj told parliament.

Despite tensions between the two sides, trade has steadily grown over the past decade. Serbian imports amount to roughly €400 million ($350 million), although Kosovo's exports to Serbia are significantly lower.

According to observers, the tariffs are likely to affect Kosovo's Serb minority, most of whom live in the north near the border.  Although tensions have flared in the past, they often subside, at times by way of EU mediation.

A peacekeeping force remains in Kosovo following a US-led NATO intervention in 1999 to end the war. Germany maintains a contingent as part of the UN mission in Kosovo and is considered the country's longest foreign post-war deployment.

Dozens of Kosovo Albanians have blocked a road to prevent Serbian President Aleksandar Vucic from visiting a Serb-populated enclave in Kosovo. Vucic has criticized NATO peacekeepers for not preventing the blockade. (09.09.2018)