Kosovo to establish army as regional tensions escalate | Europe | News and current affairs from around the continent | DW | 13.12.2018

Serbia has threatened a military response if its neighbor, Kosovo, goes through with a plan to establish a standing army — the latest in an escalating situation between the two neighboring nations. 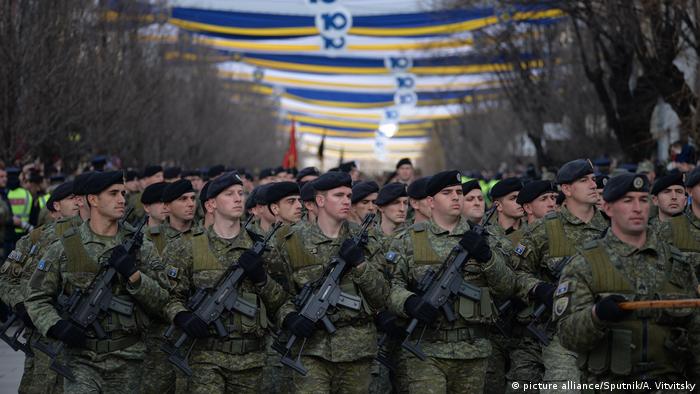 After years of standstill in the Kosovo "frozen conflict," this year for the first time the international community has openly addressed and negotiated an exchange of territories and a shift of borders between Serbia and Kosovo — breaking an absolute taboo in the European value system.

Serbian President Aleksandar Vucic and his Kosovo counterpart, Hashim Thaci, raised and discussed the issue, the idea being that predominantly Serbia areas in northern Kosovo could be returned to Serbia while areas predominantly settled by Albanians in southern Serbia would go to Kosovo.

Despite admonitions from European leaders — mainly from Germany — to refrain from drawing ethnic lines, the issue is still on the table. According to reports, Vucic and Thaci continue to negotiate.

The influence of the EU that for years moderated the dialogue between the two countries is waning. The union hardly has positive incentives to offer the Balkan states and even less threat potential. In Brussels, no one is prepared to affix a concrete date any more to Serbian accession, which at the start of this year was a vague 2025. Kosovo, which is still not recognized as an independent state by five EU member states, shows no signs of its former EU euphoria now that visa liberalization has once again been postponed although the country has met all the conditions. The Kosovar population is the only one in the region that is still not allowed to travel freely "to Europe."

Kosovars are exceedingly disappointed. There is hardly a Kosovar without a close relative in Germany or elsewhere in the EU. The entire country lives from the back and forth between the worlds; the only way out is a passport granting freedom of travel. Albania, its neighbor to the south, has that freedom. Albanian Prime Minister Edi Rama openly has offered the Kosovars Albanian passports should the EU again refuse visa liberalization. The time has come, and the offer could very well become a reality. 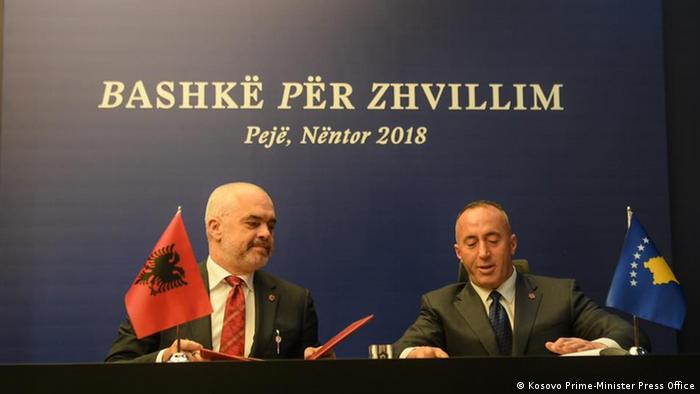 Kosovo and Albania: 'One people, one language, one dream'

Albania has something else to offer its northern neighbor, namely economic connections. It would be a true alternative to Serbia, on which Kosovo's economy has so far depended. After Serbia prevented Kosovo from becoming a member of Interpol, Kosovo immediately began to raise tariffs on Serbian goods, practically bringing imports to a standstill.

'One people, one language, one dream'

At a meeting on November 26 under the motto "one people, one language, one dream," the governments of Kosovo and Albania agreed on far-reaching common political, economic and cultural goals. Regional cooperation but with an eye on Europe, two governments, one voice — that was the clear message the politicians sent as they gathered for a group photograph under the Albanian double-headed eagle, a symbol despised in Serbia.

This solidarity with Albania has infused the region with new dynamics, making Kosovo almost independent of Serbia, not only politically but also economically. Cut off from Serbia but unwilling to integrate into Kosovar structures, it is the North Kosovar Serbs who suffer. The ethnic gap within Kosovo is deepening.

Russian and US interests

Developments over the last few weeks could in the medium term lead to a de facto division of Kosovo — and in the long run, to a de facto unification of Kosovo Albanians with Albania. Analysts and politicians in the region are already toying with this scenario, a traumatic notion for Serbs. The "Kosovo poorhouse" may be of minor economic importance only for Serbia, but Kosovo field is Serbia's historic heartland, firmly anchored in Serbs' collective memories, although this is founded on emotions rather than reason. 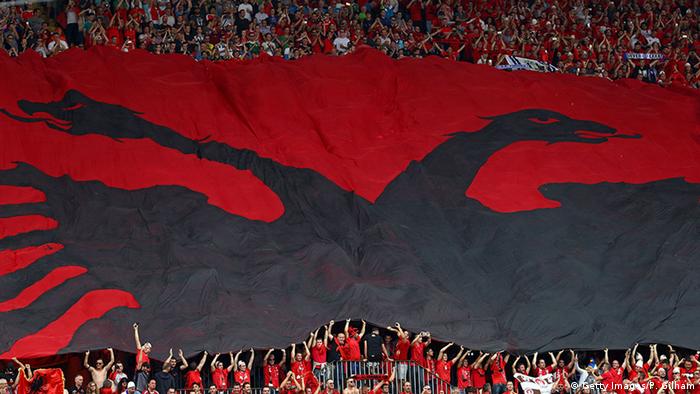 The military saber-rattling matches have charged the situation. Serbia has threatened war should Kosovo decide on Friday to set up its own army and send troops north. A Serbian move to protect the Serbian population in the north cannot be ruled out, according to Serbian Prime Minister Ana Brnabic, even if 4,000 KFOR troops have been deployed to Kosovo to secure the borders and peace. "I hope we will never have to use our army," she said, deliberately ambiguously. Such a move would complete the border shift that Vucic and Thaci are negotiating.

A major military escalation is unlikely as Kosovo is under the direct protection of the US, with Camp Bondsteel, one of the largest US bases outside the US, located in eastern Kosovo. Unlike other NATO representatives, the new US ambassador has already made favorable mention of the creation of the army.

NATO Secretary General Jens Stoltenberg has taken a relaxed approach, he sees the founding of the army as an opportunity to put to the test NATO's commitment in the country. Moscow's reaction has been more alarming. The proclamation of a Kosovar army could "lead to the most serious consequences not just for the Serbian population in the region, but for the security of the entire Balkans."

Exactly 100 years ago, the Kingdom of Serbs, Croats and Slovenes proclaimed its union; eleven years later, it was named "Yugoslavia." But was its breakup three-quarters of a century later fated from the outset? (01.12.2018)

After many years of silence, hundreds of survivors of sexual violence during the Kosovo war have decided to come forward. Researchers argue that this crime was a weapon of "ethnic cleansing." (09.12.2018)

Kosovo's lawmakers have moved to create a national army in a vote boycotted by the parliament's Serb minority lawmakers. Serbian president Aleksandar Vucic said the move could lead to "tragic consequences." (20.10.2018)