Exactly 100 years ago, the Kingdom of Serbs, Croats and Slovenes proclaimed its union; eleven years later, it was named "Yugoslavia." But was its breakup three-quarters of a century later fated from the outset? 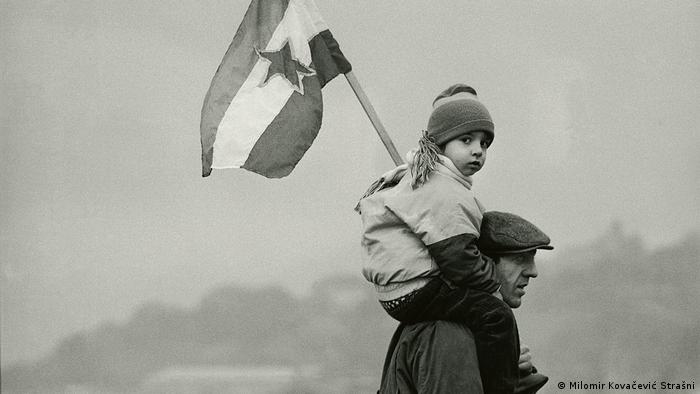 Yugoslavia has been dead for a generation. But the term still holds considerable meaning for many people today: Not only for those born and raised in the southeastern European country, but also for Europeans who spent their holidays on its idyllic coastlines, hiked its Slovene Alpine peaks, or dined in the many Yugoslav restaurants established by guest workers in Germany since the 1960s.

But most people today probably associate Yugoslavia above all with the devastating civil war that led to the country's disintegration in the 1990s — the aftermath of which still characterizes the states that emerged from the splintered union of peoples. 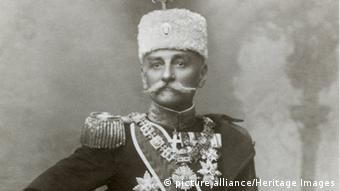 Peter I, who reigned as the last King of Serbia, became the first King of the Serbs, Croats, and Slovenes in 1918

The founding of the first state of Yugoslavia on December 1, 1918 was also the result of war. When, at the end of the First World War, the Austro-Hungarian Habsburg Monarchy collapsed and large parts of Europe were rearranged, the opportunity arose to resurrect an old dream.

In the 19th century, intellectuals, especially in Croatia, had been pushing the "Illyrian Movement." It was based on a myth that Yugoslavs — meaning the southern Slavs — were all descended from the ancient Illyrian people and should therefore naturally live together in one state. In 1917, southern Slav representatives from Austria-Hungary — including Serbs, Croats, Slovenes, and representatives of the Serbian state that had already been founded in 1835 — met on the Greek island of Corfu. Together they agreed to announce the founding of a common state.

But the "Declaration of Corfu" had a decisive deficit, explains Munich-based historian Marie-Janine Calic. "It states that the names, symbols and religions of the Orthodox Serbs and the Catholic Slovenes and Croats should be recognized as equal, but the question of how this should be implemented politically within a constitution remained unanswered."

This proved to be a fatal birth defect. Already at the time, the political debate was marked by fierce contrasts between Serbia's centralist state concept and the Croats' and Slovenes' desires for a federal system. 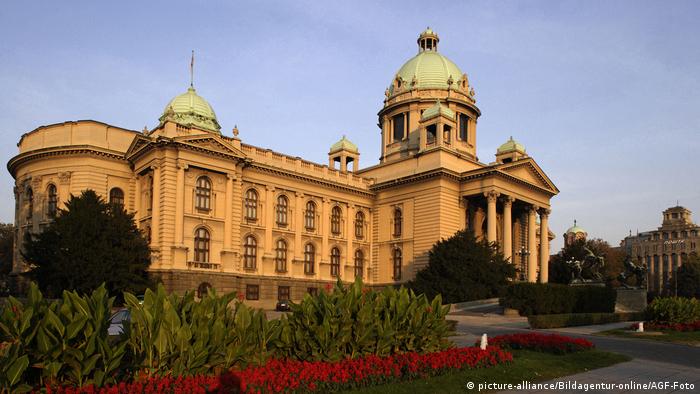 Now the seat of the Serbian Parliament, this imposing edifice in Belgrade served as the Yugoslavian Parliament from its completion in 1936 until the country's dissolution

This is another reason why, since the 1990s, it has been increasingly claimed, especially in Croatia, that Yugoslavia — like the Habsburg Monarchy and the Ottoman Empire — was a "prison of nations" in which Croats and Slovenes were oppressed by Serbs.

Historians, however, largely contradict this view. "The Kingdom of Yugoslavia was not formed out of nothing," says Ulf Brunnbauer of the University of Regensburg. "There were political elites in Serbia, Croatia and Slovenia who, for different reasons, had an interest in the common state and believed in this state."

According to Brunnbauer, while Serbia saw itself as the victorious power of the First World War — in which it had bloodily fought for the independence of the new, common state — Croats and Slovenes wanted to liberate themselves from Austro-Hungarian rule in order finally to live in a country in which they had equal rights. "In 1918 Slovenes and Croats actually had little or no alternative to Yugoslavia. Statehood was not very popular. Yugoslavia was wanted by many." 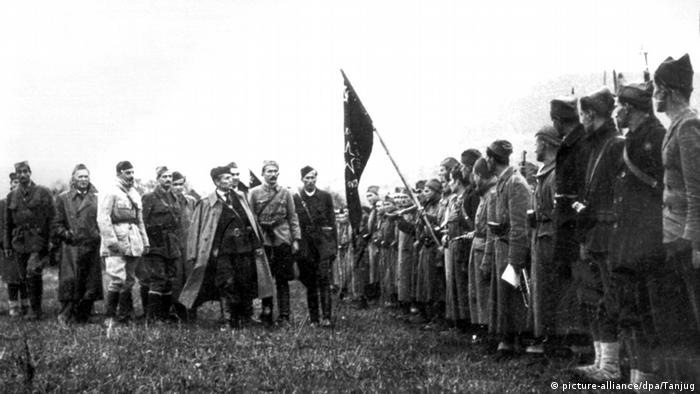 The Communist revolutionary Tito, who later served as president for life, organized the Yugoslav Partisans resistance that expelled the Axis powers from Yugoslavia in 1945

Discord amongst the elite

This is perhaps exactly why the new state did not break apart with the internal tensions. Instead, it was decimated from the outside in 1941 when Germans and Italians occupied Yugoslavia. In 1943 the second Yugoslavia emerged from the struggle against the occupiers. But the second south Slav state struggled with similar problems to the first, especially after the death of its founder and president for life, Josip Broz Tito (1892-1980).

In addition to enormous social and economic differences between the north (Slovenia and Croatia) and the south (Serbia, Macedonia, Kosovo) historian Calic believes that the elites of the socialist federation's various republics were unwilling to subordinate their particular interests to the common state. "Politically, it was decisive that the consensus that the elites had found in 1917-1918, which was to build a common state, broke down in the 1980s." 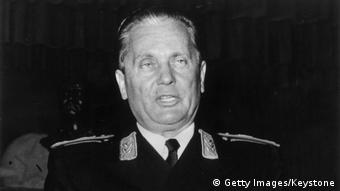 Josip Broz Tito: Though considered by many a benevolent dictator with a complex legacy, he served as the face of Yugoslavia from WWII until his death in 1980

The alleged centuries-old hatred between the national communities of Yugoslavia, which has often been cited as an explanation for disintegration and war since the beginning of the 1990s, was scarcely present at the time, stresses historian Hannes Grandits, of Berlin's Humboldt University. "Studies show that up to the beginning of the 1990s animosities between different peoples, with the exception of the relationship between Serbs and Albanians, were not very pronounced. This did not change until after the fighting began in 1991."

Death of a nation

The gap between the southern Slavic peoples only grew to its present level during the course of the wars in Slovenia, Croatia, Bosnia-Herzegovina, Kosovo and Serbia (1991-99). Today, almost no one talks about a new Yugoslavia between Slovenia and Macedonia. "The idea of Yugoslavia is dead," says Brunnbauer. "It would be nice if this were not the case, because economically and politically everything speaks for close cooperation between the post-Yugoslavian countries. There is still a lot in common, even if the nationalists deny it." That is why there are no realistic political projects aimed at regional integration, Brunnbauer explains. The only thing that unites the region's countries, now called the Western Balkans, is the desire to join the European Union.

Historians believe this is exactly where former Yugoslavia's only chance lies. Indeed, according to Grandits: "The integration of the Western Balkan states into the EU would lead to many of the problems facing these countries solving themselves. Not all of them, but many."