A Sarajevo court has cleared Bosniak commander Naser Oric of war crimes near the town of Srebrenica in the years preceding the Serb massacre. Before the war, Oric worked as a bodyguard for Serbia's Slobodan Milosevic. 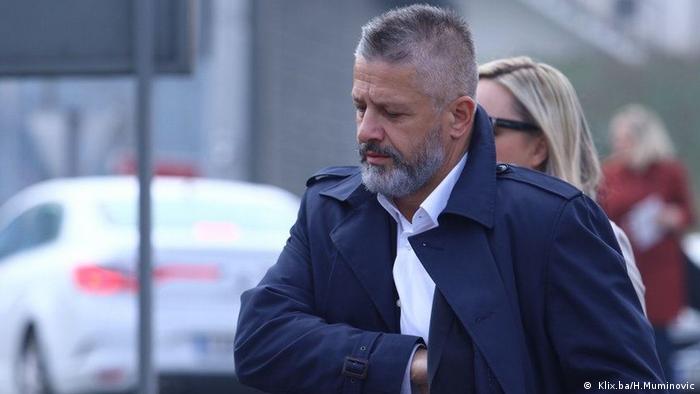 Naser Oric, a Bosniak military leader once tasked with defense of Srebrenica, was cleared of crimes against Serb prisoners on Friday in Sarajevo.

The ex-military leader and his co-defendant Sabahudin Muhic were charged with killing Serb prisoners in villagers around Srebrenica in 1992, years before a Serb attack on the town would end with a massacre of some 8,000 Bosniak men and boys.

The 51-year-old was detained in Switzerland on a warrant from Serbia in 2015. However, the Swiss authorities decided to extradite them to his native Bosnia where a probe against him was also underway.

Oric was put on trial and eventually acquitted in October 2017. Subsequently, the prosecution managed to overrule this decision and secure a retrial. The chief prosecutor said the verdict was based on "imaginary evidence" and accused the judge of delivering a different version of the verdict compared to the written document.

The case against Oric is largely based on a testimony by a protected witness who was under Oric's command during the alleged war crimes. In court, the witness said Oric beat and shot three Serb prisoners, with co-defendant Sabahudin Muhic assisting in two of those cases.

Bosnian-born Oric worked as a policeman in Serbia in the years leading up to the 1990s break up of Yugoslavia. In 1989, he was part of security detail for Serbian strongman Slobodan Milosevic during a widely-publicized trip to Kosovo, where Milosevic gave a fiery nationalistic speech which cemented his status as Serb leader. Less than two years later, Oric was involved in the arrest of Milosevic's then-strongest rival, Vuk Draskovic.

With the war already in full swing in Croatia and tensions escalating in Bosnia, Oric returned to Srebrenica and became the commander of Bosniak defense forces in 1992. He was in charge of defending the town until late May 1995, when Bosniak authorities relieved him of command. Less than six weeks later, forces loyal to Serb general Ratko Mladic took the city and killed thousands of Bosniak males of military age.

A UN court found Oric guilty of failing to prevent the murder and cruel treatment of Serb prisoners in 2006, but the verdict was overturned on appeal two years later. Bosniak nationalists still revere Oric as a hero.