The European Union cannot decide whether to recognize Kosovo's independence or not. The body is encouraging Kosovo and Serbia to normalize ties. Experts say a foreign security presence in Kosovo remains vital. 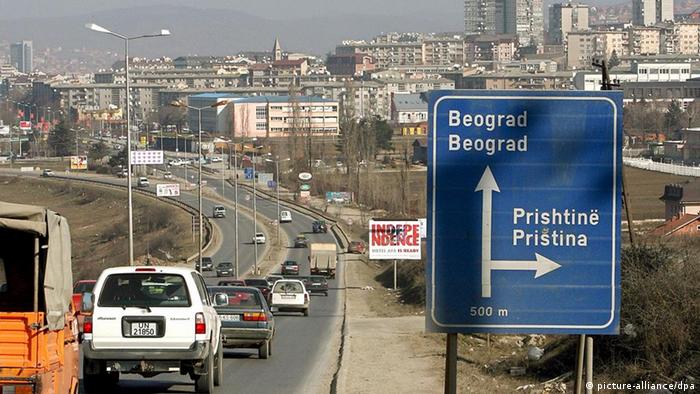 When Kosovo declared independence in early 2008, the European Union faced a dilemma: Should the body recognize the formerly Serbian province as a sovereign state or not? Most EU member countries, including Germany, opted to do so.

"Only that way could we set up a better future not just in Kosovo, but the entire western Balkans," he continued.

But even today, the governments of Greece, Romania, Slovakia, Spain and Cyprus see things entirely differently.

"We believe everything to do with the territorial integrity of a country should be reached through discussions, and not through a unilateral declaration of independence," Cyprus' former Foreign Minister Marcos Kyprianou went on record as saying.

Meanwhile, at a meeting of foreign ministers on Friday (07.09.2012), Spanish Foreign Minister Jose Manuel Garcia Margallo said Spain would not favor Cyprus' independence on the same grounds - that such questions should only be answered on a path of international negotiations.

But why do these countries in particular hold back from recognizing Kosovo? In July, Kosovo's President Atifete Jahjaga said it has nothing to do with Kosovo itself, but with countries' own domestic politics.

She might be right. All five countries withholding recognition of Kosovo's independence have strong minorities within their own borders and fear they, too, might seek independence.

This split in the EU's approach to the question of Kosovo's independence weakens the body's position in the region. Ulrike Lunecek is an Austrian representative in the European Parliament, a member of the Green Party and rapporteur for Kosovo. She called "on the five recaltricant countries to recognize [Kosovo's independence], because that would make the EU's efforts more effective." 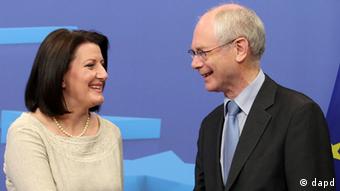 For the moment, that's not going to happen. The current, Cypriot head of the European Council's rotating presidency - who is opposed to Kosovo's independence – wants to keep a low profile on the issue.

But if the EU is taking an uneven approach to the issue, it can hardly wait for Serbia to officially give up Kosovo as part of its territory. Last June, Serbian President Tomislav Nikolic emerged satisfied from talks with European Council President Herman Van Rompuy and European Commission President Jose Manuel Barroso.

"I have received the assurance that the EU will not demand we recognize Kosovo," Nikolic said.

For the nationalistic leader, such a demand would be completely unacceptable. That's also how the large majority of the Serbian population and especially the Serbian minority in northern Kosovo also see things.

This does not mean that Brussels has no expectations for Serbia on the Kosovo question, especially when Belgrade wants to move closer to its goal of joining the EU. As of this year, Serbia is an official candidate for membership and is waiting for accession talks to begin.

During a visit with Nikolic in June, Barroso was unmistakably clear "that normalization of Serbian relations with Kosovo remains an absolutely central condition for the Commission to be able to recommend the start of accession talks to member states."

Right now, the EU is waiting, above all, for both sides to allow freedom of movement across their borders.

Dialogue and compromise as the 'European way'

Kosovo is not a candidate to join the EU. It cannot get that status until every EU member state has recognized the territory. Nevertheless, the EU Commission says the way to Europe is basically open for Kosovo. That is why the body has encouraged Kosovo to improve its relations with Serbia and to respect the Serbian minority within its borders. 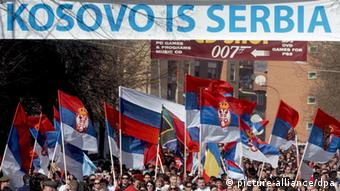 Van Rompuy has spoken of a "European way of dialogue, compromise and consensus-seeking" as the way for both Kosovo and Serbia to win.

But European Parliament President Martin Schulz thinks in the long term, the question of Kosovo's status must be tackled.

"At the end of a long path, there must be mutual recognition of Serbia and of Kosovo," he said Tuesday (04.09.2012) in the presence of Serbian Prime Minister Ivica Dacic.

Kosovo and Serbia, in fact, have made some progress seeing eye to eye. Kosovo is able to participate in bilateral and regional negotiations on working together in various areas - without Serbia having recognized Kosovo's independence. In Brussels at the end of August, Serbian representative Suzana Grubjesic took a step even further, proposing "political dialogue on a higher level" with Kosovo.

Should the dialogue come, it certainly will not touch on the question of Kosovo's independence. There's been zero rapprochement between the two sides on the topic. In July, Kosovo's Prime Minister Hashim Thaci rejected the Serbian idea of having Serb-dominated northern Kosovo split off.

"The partitioning of Kosovo is a dream that will never be fulfilled," Thaci said. "Any move to change Kosovo's borders would be dangerous for the entire region."

If the international civilian office in Kosovo's capital Pristina is shutting its doors, what will change? Not much, according to Marko Prelec, Balkans expert at the International Crisis Group in Brussels. 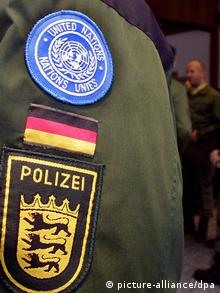 "Kosovo is still unstable, above all regarding the rule of law and relations with Serbs in the north of the country and in Serbia itself," he said.

Prelec added that for now, neither EU recognition of Kosovo's independence nor United Nations membership for the territory can be expected. He believes that any withdrawal of the international presence in Kosovo can only mean more danger for the Serbs there.

"This is still a dangerous region," Prelec said, "where the international presence will be needed for many years."

That's exactly how the EU and NATO see things. The NATO-led peacekeeping force KFOR, as well as the EU's policing and justice EULEX mission, are staying in Kosovo for now.

Austrian, German soldiers on their way to Kosovo

NATO security forces in Kosovo view the situation there as unstable even more than a decade after the end of open war there. That's why 550 German and 150 Austrian troops are on their way to tense northern Kosovo. (26.08.2012)

Dacic: 'The results are what counts'

On July 23, Ivica Dacic is going to take office as Serbian prime minister. In an interview with DW he talks about the Serbian approach to Europe, his stance on Kosovo and why his political past is nothing to worry about. (14.07.2012)