To this day, German-Polish ties are haunted by the events of World War II. The invasion of Poland cast a long shadow, as demonstrated by current demands for reparations and plans to erect a memorial to Polish victims. 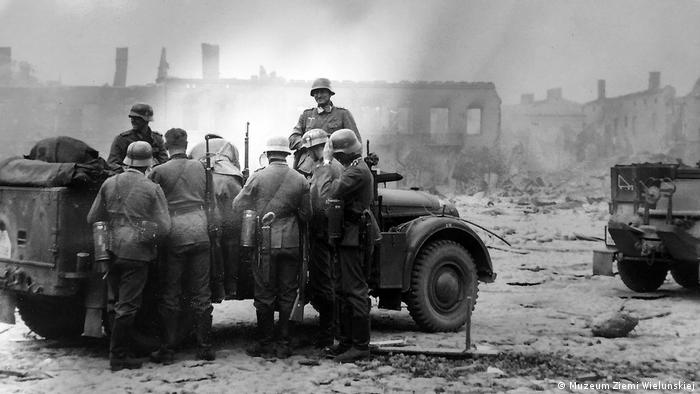 Poland wasn't just the first country invaded by Germany in World War II. It also suffered the largest number of casualties as a proportion of its total population, in addition to the systematic, wholesale destruction of Polish towns, cities and cultural assets.

These days, however, 80 years after the invasion of Poland, few Germans realize the full extent of the damage wreaked upon their neighbor. Germany's foreign minister, Heiko Maas, admitted as much on a recent visit to the country.

Leo Mausbach agrees. He's a young German living in Warsaw, working in the field of economic cooperation. "We know very little about what we did to the Poles in World War II, or how many wounds were inflicted that still remain unhealed," he says.

"The invasion of Poland in September 1939 really doesn't play a big part in the German collective memory," he adds. "Whereas the resistance to the brutal German occupation is a key element of Polish identity." Mausbach argues that until Germans understand this, it will be difficult to achieve either reconciliation or European unity.

This is why he's campaigning for a new memorial in Berlin. Poland has been trying for years to obtain a memorial site to commemorate the Polish victims of the German occupation. So far, little progress has been made. Germany has always argued that victims should not be thought of in terms of nationality, and that it wasn't possible to erect separate memorials for every victim group.

Now, though, on the 80th anniversary of the German invasion, things are finally starting to move. The plan has the support of 240 Bundestag representatives from all parties, with the exception of the right-wing populist Alternative for Germany (AfD). Bundestag President Wolfgang Schäuble recently said that such a memorial could encourage people "to consider Polish suffering under German occupation more closely." Foreign Minister Maas responded unequivocally to the idea of a memorial, saying, "It's long overdue."

After 1945, Poland and the Federal Republic of Germany had no diplomatic relations for decades. The ice was only broken when Willy Brandt, then German chancellor, visited Poland in 1970. It wasn't until 1990 that Germany officially recognized Poland's eastern border along the Oder-Neisse line. 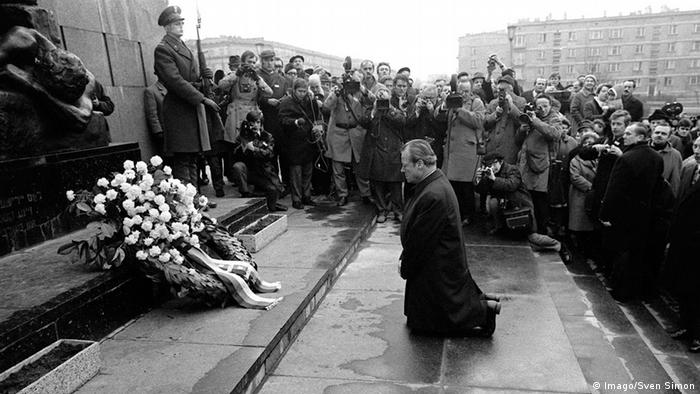 The 1990s are seen as a golden age of relations between the two sides. At all levels, contact between the two countries intensified. Germany supported Poland's accession to NATO and the European Union.

However, the relationship has been subjected to fresh discord for many years now. Poland views with suspicion the fact that some in Germany have become interested in rediscovering their own victims of expulsion. Polish historians and politicians comment that it's often not explained that these expulsions came about as a consequence of German aggression.

Many Poles are also concerned about the rise of right-wing populism in Germany. The leader of the AfD, Alexander Gauland, has described National Socialism as "a speck of bird shit" in the context of history, while the regional AfD leader in the state of Thuringia, Björn Höcke, has called for a "180-degree turnaround in the politics of remembrance." Remarks like these fuel mistrust.

A subject that's putting relations under strain again is claims for reparation. Poland's governing PiS (Law and Justice) party is talking about an issue that had been dropped by previous Polish governments. "More than 1,000 Polish villages were obliterated by Germans," Polish Prime Minister Mateusz Morawiecki said in a recent interview. "We will make serious efforts to recover the amount of money we seek." 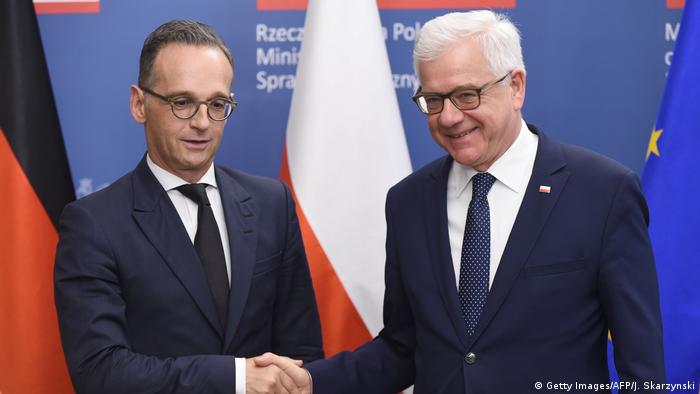 The government has not yet made any concrete demands, but a commission in the Sejm, Poland's lower house of parliament, has been working on the calculation for two years and is due to present its findings in the fall. At present, there is talk of a possible compensation claim in the region of €850 billion ($940 billion).

Foreign Minister Jacek Czaputowicz recently spoke of "a lack of fairness" and "discrimination" of his country by Germany, claiming that other countries had received better treatment with regard to their war losses. But the German government has said the question was "legally and politically concluded" long ago, while at the same time emphasizing Germany's moral responsibility.

Until now, the Battle of Westerplatte on September 1, 1939, officially marked the start of World War II. But this year, the 80th anniversary will also be commemorated in Wielun, bombed minutes earlier. Here's why. (31.08.2019)

This weekend, Poland commemorates the start of World War II in September 1939. For Germans, in particular, there is an increasing obligation to take a stand against the opponents of democracy, writes DW's Jens Thurau. (31.08.2019)