Poland has commemorated the start of World War II in September 1939. For Germans, in particular, there is an increasing obligation to take a stand against the opponents of democracy, writes Jens Thurau. 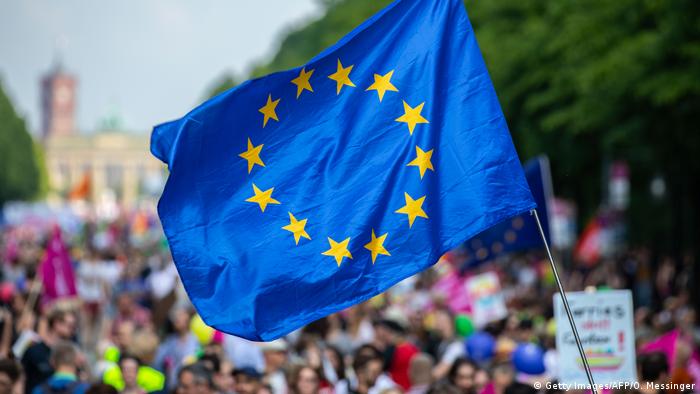 Germany first attacked Poland 80 years ago. A long time has passed since that day, the outbreak of World War II, yet the many consequences of that global conflict for so many people makes it feel as if it only just came to an end.

After the war, most of those who experienced it firsthand remained silent. But their children and grandchildren kept asking questions, and after much effort, and often with considerable delay, the members of that generation began to talk about the atrocities the Germans inflicted on their neighbors. In the decades since, Germans have managed to come to terms with a good part of their history; however, gaps, wounds and feelings of mistrust still remain, some possibly forever.

On a global scale, the postwar era was not especially peaceful. In 1945, when the guns were already silent in Europe, the US dropped its atomic bombs on Hiroshima and Nagasaki in Japan. This was followed by war in Korea and Vietnam, conflicts in the Middle East and violent military regimes in South America.

In the 1990s, fighting returned to Europe when, during several years of bloody conflict, the former Yugoslavia disintegrated. When the US was attacked on September 11, 2001, Europe also felt targeted. However, for a long time after World War II, the vast majority of Europeans remained united in their ambition to completely reject the widespread destruction of war and nationalism. Never again!

Germany has sought reconciliation with France and its other western European neighbors, and in December 1970, then West German Chancellor Willy Brandt fell to his knees in front of the memorial to the heroes of the Warsaw Ghetto uprising in a gesture of humility. The European Union kept growing, with politicians touting it as a project of peace. The Berlin Wall which divided West and East Germany came down in 1989, the Cold War came to an end and for a brief moment in time, it seemed as if this could really be the beginning of a new, multilateral world.

Nelson Mandela, a former political prisoner, became president of South Africa. US President Bill Clinton traveled to Berlin in 1994 and called out to the crowds: "All things are possible!" Yes, that's how it seemed. Eastern European nations joined the EU, as if this was no big deal. After all, they're no less European than the continent's western countries.

But now, in 2019, 80 years after the outbreak of World War II, apprehensive faces abound, predominantly among the older generations. Nationalism is back, and the masses are once again being stirred up against people who come from other countries, or those who look and act differently. The White House is occupied by a populist, while another governs in London.

Level-headed politicians, meanwhile, are still fighting for the EU peace project, though few among them have the courage to point out the importance of one of the pillars of the EU: the creation of a Europe without borders, a Europe that unites. And unless a miracle happens, the younger generation will soon realize what it means when a country like the United Kingdom begins putting up new barriers.

Sensible voices must not remain silent

For this reason, commemorative anniversaries — like the one being marked in Poland this weekend — are of increasing importance. It's even more important to talk to those few remaining witnesses to World War II, who were forced to see the unimaginable atrocities committed at the time with their own eyes.

Europe's mainstream middle classes, particularly those in Germany, must be prepared to fight for post-1945 achievements like democracy, humanity and internationality. They should look to the courageous people of East Germany as role models, those people who eventually brought the Berlin Wall down in 1989.

Today, there's no shortage of enemies to democracy. But they won't show up in tanks this time — soldiers aren't needed for modern cyberwarfare, at least in Europe. Democracy can only be defended from within, from the center of society. Populists, agitators and rabble-rousers are not in the majority. The trouble is that reasonable people remain silent. We must put an end to that silence — that should be the lesson 80 years after the start of the war. And this includes the public remembrance of the horrors committed back then.

To this day, German-Polish ties are haunted by the events of World War II. The invasion of Poland cast a long shadow, as demonstrated by current demands for reparations and plans to erect a memorial to Polish victims. (31.08.2019)

US militias want to 'blow up' Capitol, police chief warns 35m ago