WWII: Poland marks 80 years since first bombs fell on Wielun | Europe | News and current affairs from around the continent | DW | 31.08.2019

Until now, the Battle of Westerplatte on September 1, 1939, officially marked the start of World War II. But this year, the 80th anniversary is also being commemorated in Wielun, bombed minutes earlier. Here's why. 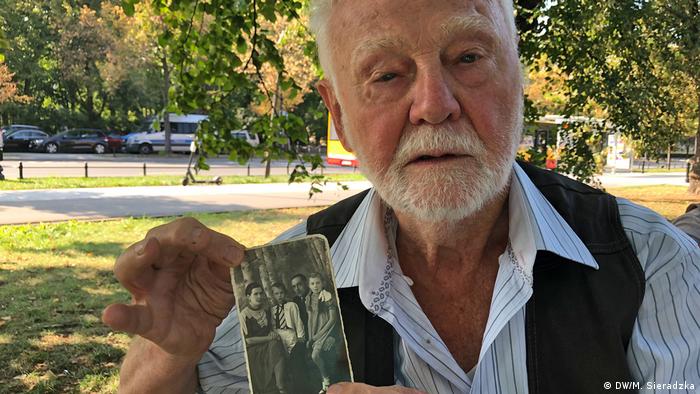 "The howling of sirens woke me from a deep sleep. At first, I didn't know what it was," said Jan Tyszler, remembering that fateful night in 1939.

"I sprang out of bed and saw my parents on the balcony. My mother told my father that it was probably a test. My father agreed and wondered why they were doing it at such an early hour."

Not long afterward, in the early hours of September 1, the bombs began to fall on his small hometown of Wielun.

Tyszler, who was 6 years old when the air raids hit, told DW that by the end of August 1939, "war was already hanging in the air." While everyone was talking about it, he said no one could have thought that of all places, his town would become a target of the Luftwaffe.

Today, Wielun is a county seat some 200 kilometers (124 miles) southwest of Warsaw. But in 1939 it was also only 20 kilometers from what was then the German border. Despite its proximity, the town had little strategic value: There were no transport hubs or bridges to defend, which meant only a handful of Polish soldiers were stationed there.

Tyszler can recall the moment of realization that the blaring sirens were not a test: "As soon as the first bombs fell, we fled to the yard next door where my father had a garage. He was a mechanic. We sat trembling in the car inspection pits. By the afternoon, our house was the only one left standing. All the other buildings were in ruins." 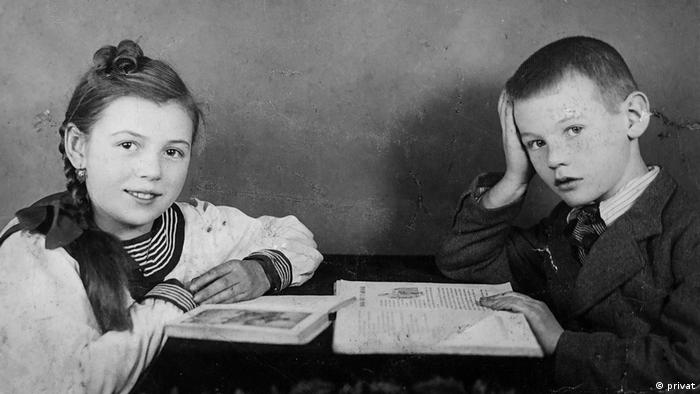 Jan (right) and his sister Maria, seen here in 1937, grew up in Wielun

That day, his family, along with almost all the survivors, fled Wielun. By the time the Nazis marched in, only a few hundred people were still living in the town.

Wolfram von Richthofen commanded the Wielun raids that were carried out by 87 aircraft. In April 1937, as chief of staff of the Condor Legion, he was jointly responsible for carpet bombing the Basque city of Guernica. The war tactics, new at the time, saw hundreds of civilians killed.

Wielun was an opportunity to once again test the military strategy of carpet bombing, in which civilian casualties were accepted as being a necessary part of warfare.

The attack posed little risk for von Richthofen: No resistance was expected from this sleepy little town with its paltry military. The bombing of Wielun became the first war crime of World War II.

Provocations before the war

In the lead-up to the attacks on Poland, the Third Reich's propaganda arm invented fictitious stories to provoke support for the war.

One of the most famous was a supposed attack on the German radio station Sender Gleiwitz near the Polish border. On the night of August 31, 1939, a group of armed SS men dressed in civilian clothes stormed the station to broadcast a call for the uprising of Poles living in the Third Reich. Other German media carried reports about Polish rebels on German soil who were allegedly receiving support from the Polish army. The propaganda campaign portrayed Germans as victims, and helped Adolf Hitler to mobilize his soldiers.

Some 10 minutes after the air raids targeted Wielun, the Battle of Westerplatte was underway. Relations between the Polish and German inhabitants in the Baltic peninsula were tense.

The nearby city of Danzig (now Gdansk), predominantly inhabited by Germans, was declared a Free City in the Treaty of Versailles in the wake of World War I — and was therefore not under the control of the Third Reich at the time of the attack.

Danzig's port, customs and railway were under Polish administration. An ammunition depot and military had been stationed at the Westerplatte peninsula.

On September 1, 1939, the Nazis began attacking the depot by firing shots from the Schleswig-Holstein warship. The offensive, which lasted a week, continued with the SS Heimwehr Danzig unit and air raids.

While the number of casualties on the German side is estimated at 3,400, only 15 Poles lost their lives. In Poland, the defense of the Westerplatte is revered as a symbol of Polish heroism in World War II, given the overwhelming military might of the German forces.

For decades, schoolchildren in Poland have been taught that some German officers saluted the Polish soldiers who had to leave the Westerplatte after the battle was over, out of respect for the incredibly courageous fight they put up.

In 2009, Russian President Vladimir Putin and German Chancellor Angela Merkel traveled to Gdansk to mark the 70th anniversary of the war.

The then-Polish President Lech Kaczynski, who had just vehemently voiced his opposition to the 2008 Russian invasion of Georgia, used the event — in the presence of Putin — as a chance to warn against a renaissance of "neo-imperialist tendencies."

Setting the tone of historical commemorations is part of the Law and Justice Party's (PiS) policy today. This year, instead of Gdansk on the morning of September 1, Polish President Andrzej Duda made the trip to Wielun. Another first is the presence of a German president. 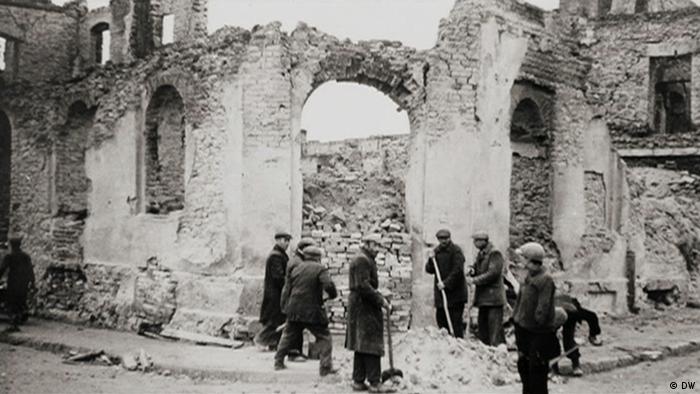 But this decision to change locations is not the result of some historical revelation, but rather appears politically motivated: Gdansk is one of the last bastions of the Polish opposition, so commemorations there are strongly influenced by its politicians.

Westerplatte is already a controversial topic between the PiS and the region's local liberal government. This is because the PiS, as part of its campaign to rouse nationalist sentiment, wants to integrate Westerplatte into the World War II museum to emphasize the history of Polish victims and suffering.

On the decision to move the location of the event to Wielun, Blazej Spychalski, a spokesman for the current Polish president, said earlier this year: "It is certainly easier to discuss the commemorative ceremony with someone who complies with those in seats of power in Poland, rather than engaging with less cooperative people."

His statement was a thinly veiled jab at the political climate in Gdansk, a city still reeling from the assassination of long-serving liberal Mayor Pawel Adamowicz in January. The PiS cannot expect "cooperation" from the people of Gdansk, a city that remains cosmopolitan.

As the 80th anniversary of the outbreak of the war falls in the middle of campaigning in the runup to parliamentary elections in October, the PiS is keen to dominate the tone of the commemorations.

After Wielun, leaders participated in more commemorative events in Warsaw. US Vice President Mike Pence stepped in for Donald Trump after the US president canceled his visit on Thursday over worries about Hurricane Dorian. And Warsaw is keen to show just how important trans-Atlantic ties are for Poland.

This weekend, Poland commemorates the start of World War II in September 1939. For Germans, in particular, there is an increasing obligation to take a stand against the opponents of democracy, writes DW's Jens Thurau. (31.08.2019)

German Foreign Minister Heiko Maas visited the Polish capital to commemorate the 75th anniversary of the Warsaw Uprising. Despite a dark history, both countries want to look to the future — but that's not always easy. (02.08.2019)