Poland′s forgotten victims of Nazism | Europe | News and current affairs from around the continent | DW | 26.01.2019

Poland's ruling party and a veterans' association have demanded that Polish victims of Auschwitz be better commemorated. They say non-Jewish victims are ignored due to the main focus on remembering the Holocaust. 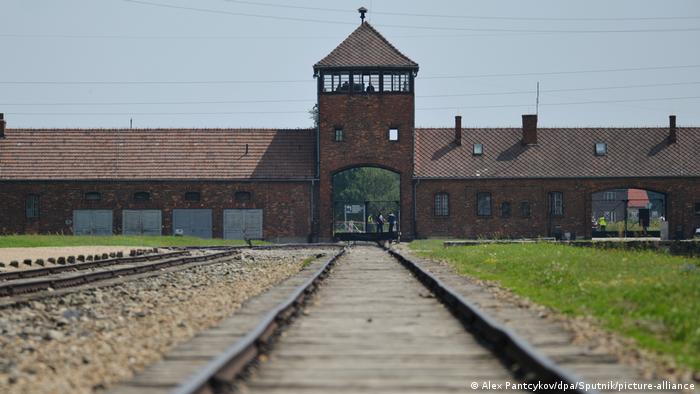 The wooden barracks, mountains of shoes, suitcases and locks of prisoners' shaved hair lying on the former concentration camp grounds are reminders of what went on in the German death factory where over a million people were murdered in the 1940s.

The exhibition in the former concentration camp is aimed at informing visitors that Auschwitz, founded in 1940 in occupied Poland and later a symbol of the Holocaust, was initially intended for non-Jewish Poles. During Germany's occupation of Poland between 1939 and 1945, Polish citizens could end up in a concentration camp for committing the smallest of offenses.

Poland's victims were not just its Jews

Poland lost 6 million people during World War II, more than one sixth of its population. Half of them were Polish Jews. In percentage terms, the country suffered the largest human loss of all countries affected by the war.

Read more: Remembering people, not nations, in discussing the Holocaust

In the Auschwitz Memorial, however, remembrance mainly focuses on the 1 million Jews who were systematically murdered there — and who make up more than 90 percent of the camp's victims. The head of the Auschwitz Memorial, Piotr Cywinski, has for years been accused by Poland's national conservative circles of not adequately remembering non-Jewish Polish victims and heroes of Auschwitz.

They have said, for example, that Cywinski has tried to play down the role of Polish officer Witold Pilecki, who voluntarily entered the concentration camp in order to gather information on Nazi crimes for the Allies. This is the allegation made by the Association of Families of Polish Concentration Camp Victims (SRPOOK), to which former prisoners and victims' descendants belong.

In 2015, on the 70th anniversary of the liberation of the concentration camp, the ruling conservative Law and Justice party (PiS) demanded Cywinski's dismissal because he had not sent a personal invitation to descendants of the Polish officer. Outraged PiS politician Beata Szydlo, who would later become prime minister, said at the time, "It's a scandal not to commemorate Polish heroes."

Attacks by conservative media have increased since the Israeli ambassador criticized a controversial Holocaust law during last year's Holocaust Remembrance Day. The law, which has since been watered down, made it a criminal offense punishable by a prison sentence to allege that Poles were complicit in the extermination of Jews.

At the time, Krakow's regional educational curator, Barbara Nowak, tweeted: "Auschwitz is currently dominated by a foreign narrative, not a Polish one. It's time to put an end to this." The state official demanded that only Polish, state-certified tour guides accompany groups around the former concentration camp grounds.

Earlier this month, a Polish veterans' association wrote to Prime Minister Mateusz Morawiecki. "The museum management is discriminating against the Polish victims of German crimes and by doing this is falsifying history," it said. "The museum management's scandalous and anti-Polish attitude deserves the highest condemnation."

Meanwhile, Auschwitz Memorial head Cywinski said he has been exposed to "vulgarisms and insults" on social media. Phrases have been used that "indicate that I am dead," he said.

"There is a great desire to boot me out of the country," said Cywinski, who did not expect to be confronted with "such a degree of hatred." He has reported the social media smear campaign to the public prosecutor's office. 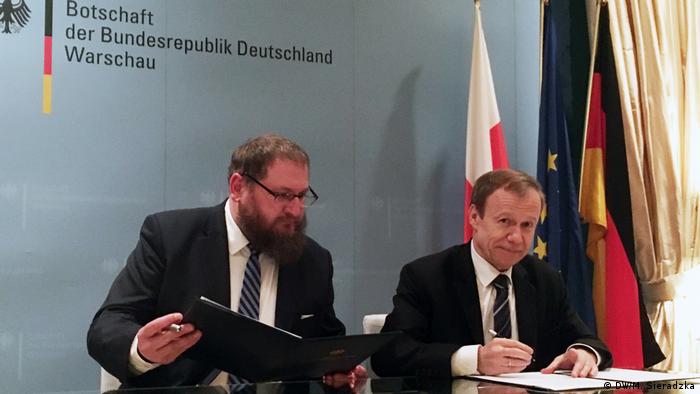 Cywinski (left), here with German Ambassador Rolf Nikel, has been stunned by the social media hatred

The dispute over the commemoration of the Nazi victims reflects the current struggle for sovereignty over the interpretation of history, which is being bitterly waged in PiS-ruled Poland. The national conservative government now wants to make the world aware of the extent of Polish suffering and demand war reparations from Germany. There is broad support across Polish society for this demand.

Jochen Böhler, a historian from the University of Jena's Imre Kertesz Kolleg, can well understand the emotions caused by allegations that Polish Nazi victims have been ignored. The professor of Eastern European history lived in Poland for several years and described the Poles' suffering in his 2006 book Die Wehrmacht in Polen 1939 (The German Army in Poland in 1939).

"Remembering the Holocaust is important, but often ignores the fact that there were millions of non-Jewish victims in Poland," he told DW. Time and again, he has encountered "widespread ignorance, regardless of a person's level of education or party membership, of what the German occupation actually meant for the everyday life of Poland's civilian population and citizens of other Eastern European countries, even down to the last cruel consequence of the occupation — death."

His contacts in Poland, "where the German occupation's victims are literally found in every family," have been "deeply disappointed, often even bitter" about it. Böhler said he understands the Poles' desire "to awaken this memory and keep it alive."

Jews in Poland fight to keep the past alive

Jewish life is returning to Poland, but it’s a painstaking process – one that isn't made any easier by the current government’s policies on commemoration. Rina Soloveitchik pays a visit to a Jewish community in Warsaw. (23.04.2018)