The penalties for attributing Nazi crimes against Jews to Poland will no longer include a prison sentence. The law has been condemned for ignoring Polish anti-Semitism at the time, and threatening academic freedom. 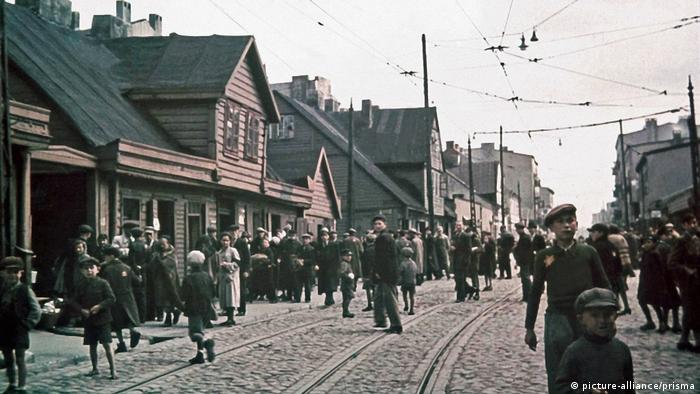 Polish lawmakers on Wednesday approved changes to a disputed Holocaust speech law, removing potential jail penalties for anyone who suggested the country was complicit in Nazi crimes against Jews.

The speaker of parliament, Marek Kuchcinski, said the lower house had passed the amendments 388 to 25, with five abstentions.

The new draft bill was presented to the parliament by Prime Minister Mateusz Morawiecki and was followed by an emotional debate, with opposition members expressing outrage that the Law and Justice party had passed the law in the first place.

Penalties under the original version of the law, passed in February this year, ranged from a fine to up to three years in jail for public statements ascribing Nazi crimes to Poland under the German occupation during World War II, including the use of the term "Polish death camp" for German extermination camps like Auschwitz set up in occupied Polish territory.

Under the amended law, the possibility of receiving a fine remains in place.

After signing the original bill into law, Polish President Andrzej Duda had said that although there were incidents in which Jews were reported to Nazis by fellow Poles, "there was no systematic way in which Poles took part" in the Holocaust.

In most occupied countries during the war, German forces enlisted some form of help — either active assistance or the provision of information — from willing members of the local populace, according to the US Holocaust Memorial Museum (USHMM).

"Without widespread collaboration the murder of 6 million Jews and millions of others in just four years would not have been possible," a USHMM article reads.

"As the war proceeded and Germany occupied or allied with almost every European state, it depended on other governments at the national level as well as organizations and individuals at the local level to help carry out what it called "The Final Solution of the Jewish Question," the article continues.

The law was condemned by Israel, which said the law would stifle discussion of the Holocaust and allow for the whitewashing of crimes such as denunciations and killings of Jews by fellow Poles.

Prime Minister Benjamin Netanyahu called the law "baseless," saying: "I strongly oppose it. One cannot change history and the Holocaust cannot be denied."

Read more: My Europe: Remembering people, not nations, in discussing the Holocaust

The US warned that the law threatened academic freedom and would harm Poland's strategic relations with Israel and the US. Jewish groups in the US accused the Polish government of "engaging in denial."

Things can change quickly. In 2013, 70 percent of Germans described their country’s relationship with Poland as "good." Now that number is down to 31 percent. Why did it happen, and what are the current problems? (04.06.2018)