Polish-German relations: The sticking points | Europe | News and current affairs from around the continent | DW | 04.06.2018

Things can change quickly. In 2013, 70 percent of Germans described their country’s relationship with Poland as "good." Now that number is down to 31 percent. Why did it happen, and what are the current problems? 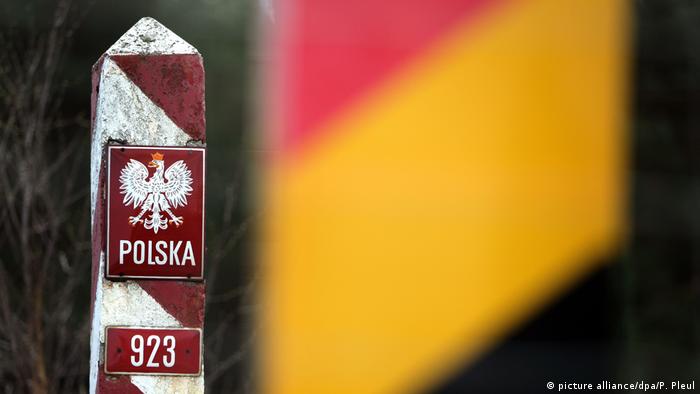 A 44 percent majority of Germans say the country's relationship with its neighbour Poland is bad, according to the latest "German-Polish Barometer" issued by the Körber Foundation. The discord between Warsaw and Berlin is hard not to notice, and there are enough reasons to attempt some political reproach. What are the sticking points?

The pipeline project remains the most prominent point of economic policy contention between the two countries. Nord Stream 2 is an extension of the Nord Stream Pipeline, which transports natural gas from Wyborg, Russia directly to Germany's Baltic coast. According to German Chancellor Angela Merkel, the federal government does not feel the pipeline jeopardises diversification of Europe's natural gas supply.

Polish Prime Minister Mateusz Morawiecki, however, pointed to the danger that Nord Stream 2 increases the risk of Ukraine being cut off as a transit land for Russian gas.

"I believe the situation isn't really that dramatic. We also saw this with Nord Stream 1 in 2011 - and Poland quickly got to grips with the new circumstances," said Kai-Olaf Lang, Poland-expert at the German Institute for International and Security Affairs. However, the EU and Poland are drifting further apart with regard to energy. According to Lang, Poland is pushing to become independent of Russian gas by 2022 with its own pipeline to Scandinavia and its liquified natural gas terminal on the Baltic.

Over the summer, repeated demands from within the ruling Law and Justice party party (PiS) for reparations for damages Germany inflicted during World War II grew louder. But for now, Poland has back-pedalled. According to the government, it didn't want demands to affect cooperation within the EU and its relationship with Germany. Warsaw hasn't yet filed any official claims, while the German government dismissed the demands, referring to a Polish renunciation of claims in 1953.

According to Lang,"the Polish government will not send a bill to Berlin, because it knows that this will cause a great deal of damage." The problem is, however, that Poland will have to deal with an election marathon through 2020 in which reparations is likely to be a campaign issue, he added.

Poland's Holocaust law has been the source of recent international tension. The law prescribes fines or imprisonment for "publicly and falsely" ascribing responsibility — or shared responsibility — to the Polish state or people for crimes committed by Nazi Germany.Poland claims this is meant to defend its reputation. Prime Minister Morawiecki summarised the reasoning for the law: "Poland must not be accused of crimes committed by others." According to experts, the law could add fuel to the debate on whether Germany is trying to rewrite history and place the blame for the Holocaust on Poland. Critics also fear that the imprecisely worded law might cover up Polish citizens' crimes against Jews. But Poland is standing by it.

Poland has come under fire for reforms to its justice system. The EU Commission believes the independence of the judiciary is threatened by these legal changes. For the first time in EU history, Brussels initiated a sanctions procedure under Article 7 of the EU treaty in December 2017, which could result in Poland losing its voting rights in the EU. So far Berlin has held back in its criticism. But not the German Association of Judges. The organisation's chairman Jens Gnisa said at the end of May that the group was "stunned" by the situation in Poland and how the independence of its courts were being compromised by a flurry of laws.

"The Polish government sees networks of ex-communists in judiciary posts," said Lang. He added that the justice reform is a tool to change these appointments quickly, and that "the EU Commission, the EU member states and Poland have an interest in avoiding a vote on the EU sanctions proceedings — they all still believe in the possibility for compromise."

Poland is not accepting any refugees: 'It's very expensive'

Despite an EU decision, Poland's government categorically refuses to accept migrants. Unlike Germany, the country can't afford it, said the Polish Prime Minister Morawiecki in January. "It's very expensive." The ruling PiS party has criticized Chancellor Merkel's open-door policy towards refugees. Poland should not be forced to accept refugees just because Germany has invited them, say PiS supporters.

They insist that migrants do not want to go to Poland anyway, due to low social benefits. They call the EU quota solution "forced relocation." In addition, PiS members claim security concerns: They want to prevent a terrorist attack like the one at the Berlin Christmas market.

For Berlin, the question of Polish reparations was settled long ago

German politicians and lawyers consider the possibility of World War II war reparations for Poland as a closed case. High-level threats from Warsaw have been met with confusion and dismay in Berlin. (04.08.2017)