Poland has no right to WWII reparations, German lawyers say

Legal experts hired by Germany's Bundestag say its neighbor has no claims to compensation for World War II crimes. Their report reaffirms that any claim by Warsaw would be barred by current laws. 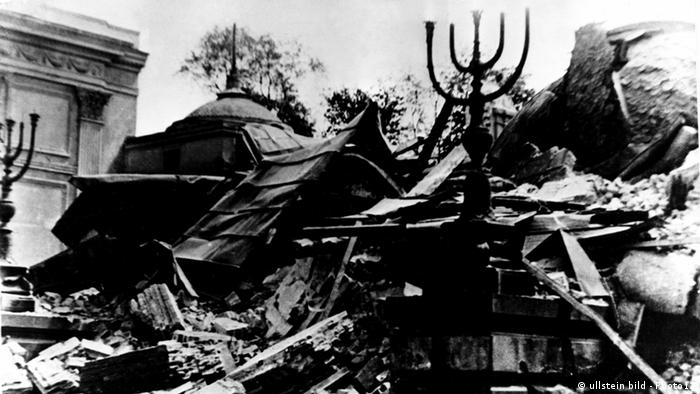 A German parliamentary legal team said it believes a 27-year-old treaty, signed around the time of Germany's reunification, settled all remaining issues related to Nazi-era crimes, according to a report published by a German newspaper on Friday,

The legal experts, who provide independent advice to the Bundestag, Germany's lower house of parliament, said Poland "had, during the treaty negotiations, at least implicitly waived their right to assert them (claims for reparations)."

Read more: For Berlin, the question of Polish reparations was settled long ago

The legal team stressed that the treaty "blocks any reparation demands against Germany to the present day," the Frankfurter Allgemeine Zeitung (FAZ) reported.

The experts cited the Treaty on the Final Settlement With Respect to Germany, signed in September 1990, which saw the four powers - France, the Soviet Union, Britain and the United States - that occupied the country at the end of the Second World War formally renounce all rights, facilitating the full return of German sovereignty.

The accord also confirmed the now internationally recognized border with Poland, and prohibited Germany for any further claims on Polish territory. It was signed during the last days of the Soviet Union as eastern European countries were transitioning to democracy. Both East Germany and West Germany, as well as the reunified Germany, were signatories.

The longstanding issue of World War II reparations has come to the fore again in recent weeks, with Polish leaders again stepping up calls for some type of compensation, although no new claim has been formally lodged.

German officials have noted that since the election of the nationalist-leaning Law and Justice party (PiS) last year, its leader Jaroslaw Kaczynski has stepped up the reparations rhetoric, insisting that there are outstanding accounts to be settled.

According to one Polish report, Warsaw is due some $45 billion (38 billion euros) in compensation. Other estimates have put the figure much higher.

Previously, Berlin has contended that Warsaw relinquished its right to compensation in 1953 - but only to the then East Germany, which Polish officials say was made under duress from the Soviet Union.

Germany has previously declared that the 1990 treaty - also known as the Two Plus Four Agreement - made clear that no further reparations were due to any other claimant stemming from World War II.

In the latest Bundestag report, German lawyers argued that not only are claims by the Polish government statute-barred, but that individual claims would be unlikely to succeed under current international law. 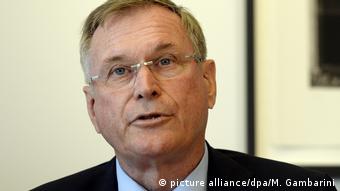 The legal advice was commissioned by Johannes Singhammer, the Bundestag's vice-president and a member of the Christian Social Union (CSU) - the Bavarian sister party to Chancellor Angela Merkel's Christian Democrats (CDU).

In response to its findings, Singhammer told the FAZ, "The Polish demand for reparations, which does not stand a chance from a legal point of view, is contrary to the joint future project between Germany and Poland and could instead have dangerous effects."

Over 70 years after Hitler's death, relics from his rule are still being discovered in churches and public buildings across Germany. Should they be demolished or preserved for posterity as eye witnesses dwindle? (09.08.2017)