Queries on the missing of World War Two are still arriving at the German Red Cross at a rate of 8,000 per year. Its tracing service has switched increasingly to reuniting present-day refugees and their relatives. 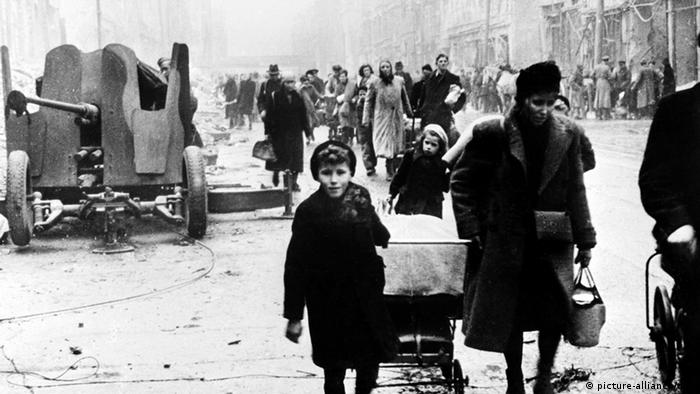 His remarks Tuesday, preceded Wednesday's marking of the International Day of the Disappeared, which was initiated in 2010 at the initiative of Latin American associations campaigning against forced disappearances.

So far this year, the DRK had received 4,200 tracing requests for persons still missing since World War Two. On average, 40 percent of cases resulted in "clarification," said Seiters, a former German interior minister who served under Helmut Kohl. Forced disappearances in Latin America prompted the anniversary in 2010

One success profiled Tuesday by the DRK involved Christel Ehrich (born Pelekies) who was reunited with her brother Günter Pelekies in April this year after 72 years of uncertainty.

Christel Ehrich fled Memel in what is today Lithuania in 1944 and settled, married and raised a family in what is now Germany's northeastern state of Mecklenburg-West Pomerania, formerly communist East Germany.

Contrary to grim reports, her health-impaired brother Günter, who had been accommodated in a children's home, had not died in wartime bombing raid. As a lone child he subsequently spent time in clinics and with foster families.

"I was a person without roots,” said Günter Pelekies in remarks carried by the German Catholic news agency KNA, adding that he ran into "closed doors" during the East German era.

The breakthrough came through meticulous archive scans after his registration in 2013 with the DRK tracing service, whose bureau for WWII cases is based in Munich.

"Whoever still has a query should submit it soon," Seiters urged.

Between 1945 and 1950, shortly after war's end, the DRK tracing service received 14 million inquiries and provided information on 8.8 million cases. By 1959 it still had 2.5 million open cases, a level that fell to 1.2 million cases by the late nineties.

Readjusting to worldwide refugee crises, the DRK said its tracing service had in the first half of this year also received nearly 2,000 queries from refugees looking for relatives or visa versa, including 316 cases of missing children. The main origins were Afghanistan, Syria and Somalia. 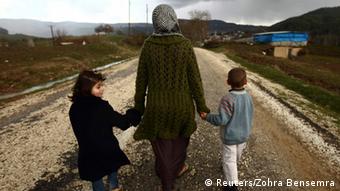 Bonded together - Syrian war refugees near the Turkish border

Behind the figures, was always the anguish of dislocated individuals, said Seifers.

"The disappearance of migrants is a global phenomenon with very high level of unclarified cases," said Martin Schüepp, a Geneva-based regional director for the International Red Cross.

"Today, there are more refugees than since 1945," Schüepp added, referring the estimated 65 million worldwide by the UNHCR refugee agency.

"The clarification of the destinies of the missing is a humanitarian act," said Schüepp, adding that the Red Cross focus was not on bringing perpetrators to justice but on tracing technology, including its photographic Trace the Face service.

On Monday, the International Commission on Missing Persons (ICMP), headquartered in The Hague, Netherlands, said disappearances worldwide ran into the millions and represented a "global challenge," requiring a "coordinated rule-of-law strategy" between authorities and state-of-the-art forensic science.

ICMP chief Kathryne Bomberger said number who had gone missing in conflict-torn Iraq in recent decades "may be as high as a million."

"The conflict in Syria is generating a daily toll of disappearances; Colombia, Mexico and Sri Lanka are dealing with the legacy of tens of thousands of missing persons," Bomberger said.

Migration routes across the Mediterranean and "from South America to the US and from Myanmar and Bangladesh to Thailand and Malaysia are also fatal," she added.

The German Red Cross expects around 3,000 calls for help by the end of 2016 from refugees who have lost track of family members on their perilous journey. A large number of requests come from minors. (26.08.2016)

The UNHCR's annual count has highlighted the crisis in South Sudan as the main driver for the new high. However, the UN refugee agency reported that the number of newly displaced people is going down. (19.06.2017)

Vast and secret archives recording victims of the Nazis have begun yielding up names of the post-Second-World-War refugees who could not or would not go home. (02.08.2008)