Russia-Ukraine gas dispute: Is Europe under threat? | Europe| News and current affairs from around the continent | DW | 09.03.2018

The gas dispute between Moscow and Kyiv is entering a new round, and some fear that deliveries through Ukraine will be stopped. Which countries could be most affected, and will bilateral tensions lead to a new gas war? 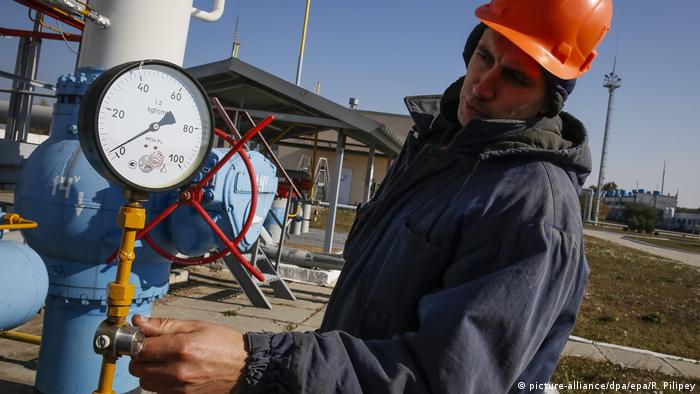 The new gas dispute between Russia and Ukraine is causing some concern in the EU. Brussels has offered to assist in settling the dispute, after the experience of similar conflicts in 2006 and 2009, when gas supplies through the Ukraine were stopped.

Berlin is also concerned: "It is in the interests of the EU, as well as Russia and Ukraine, that these two countries prove themselves to be reliable partners in Europe's gas supply and that they can guarantee that the security of supply remains uninterrupted," said German government spokesman Steffen Seibert.

At the end of February, the arbitration court of the Stockholm Chamber of Commerce handed down a verdict in a dispute between the Ukrainian energy company, Naftogaz, and the Russian monopolist, Gazprom.

Russia reportedly transported less gas through the Ukrainian pipeline than agreed, and the Russian gas giant was ordered to pay Naftogaz compensation of $2.56 billion (€2.08 billion). The Ukrainian authorities have already started seizing Gazprom's assets in Ukraine. Gazprom has announced its intention to appeal the verdict. The corporation had previously announced that it would begin terminating all contracts with Naftogaz. On the Ukrainian side, it was stated that Gazprom could not terminate the supply and transit of gas before the contract expires in 2019.

Germany concerned, but not at risk

German energy expert Claudia Kemfert told DW that Russia reacted very quickly to the ruling of the Stockholm arbitration court with the threat to stop gas supplies. "There are certainly also political motives here. Gas is once again being used as a political weapon. We have been seeing this for many years," Kemfert said.

Jörg Forbrig of the German Marshall Fund of the United States emphasizes in this context that no one is interested in a further conflict between Ukraine and Russia. "Russia's war against Ukraine has still not been resolved, despite all international efforts, including by Germany. The last thing Berlin needs now is for this conflict to spread to the energy sector and for Europe to be directly affected by it," said Forbrig.

According to Forbrig, Russian gas is very important for Germany. However, most of it does not come through Ukrainian pipelines. The last few years have shown that most of the gas used in Germany was supplied by the Nord Stream Baltic Sea pipeline and the Yamal-Europe pipeline that runs through Belarus and Poland.

"The pipeline that runs through Ukraine plays a marginal role, at least for German consumers and the German market," Forbrig explained. Last year, Germany used a record 53 billion cubic meters (1871 billion cubic feet) of Russian gas, he said, which accounted for 40 percent of German consumption; Germany also covers a considerable part of its demand with deliveries from Norway and the Netherlands. 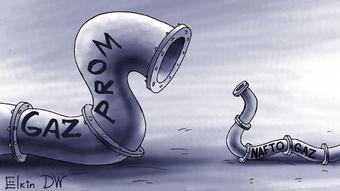 Thanks to the diversification of gas supplies and existing storage facilities, a halt to transit through Ukraine would not affect Germany. Earlier gas conflicts between Ukraine and Russia have shown that the Balkan countries – particularly Bulgaria, Romania, Serbia, Bosnia-Herzegovina and Macedonia – end up being most affected.

"These countries are almost completely reliant on Russian gas supplied via Ukraine," said Forbrig. In contrast to Germany, however, they have no other option for getting Russian gas.

Slovakia is also heavily dependent on the Ukrainian pipeline, he added. In central Europe, however, the pipelines are now well interlinked. "Slovakia and Austria can receive Russian gas, or other gas, from anywhere across the region. There are ways of splitting gas supplies."

Ukrainian experts are convinced that a new gas war between Kyiv and Moscow would not cause any problems for the people of the EU. Only about half of Russia's gas transit passes through Ukraine, stressed Oleksandr Chartshenko, from the Ukrainian Energy Research Center, in an interview with DW. He believes that other gas suppliers and interconnected pipelines could, for several months, save the countries of Eastern and southeastern Europe from inconvenience.

"The recent steps taken by Gazprom have shown Europeans that their efforts since 2009, to diversify gas supplies to the EU, have not been in vain," said Chartshenko.

Mychajlo Hontschar of the Kyiv Center for Global Studies "Strategy XXI" believes that any attempt to stop the gas transit through Ukraine, despite contractual obligations, would only harm Gazprom. He says there is still not enough capacity to be able to bypass the Ukrainian pipeline. "Despite the desire to punish Naftogaz, there will be no new gas war," Hontschar argues. Moscow knows that this would undermine Gazprom's credibility as a reliable natural gas supplier in the eyes of European customers, he says. According to Hontschar, the Russian Energy Ministry is also aware of this fact.