Russian gas monopoly Gazprom has initiated a process that would end its gas supply contracts with Ukraine's Naftogaz. The move has raised concerns about gas supplies to European countries. 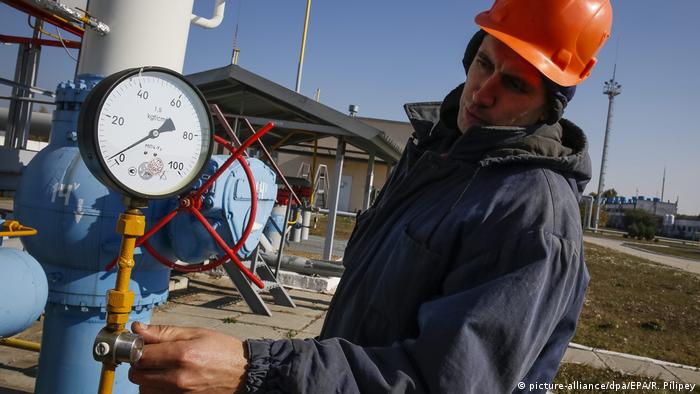 Gazprom announced on Saturday that the company launched procedures in the Stockholm international arbitration court to terminate its gas supply contracts with Ukrainian gas company Naftogaz.

"We have started the procedure of terminating contracts with Ukraine's Naftogaz," Gazprom deputy chairman Medvedev said.

Read more: Why would Russia be selling natural gas to the US?

The Russian gas giant made the decision after the court ordered it this week to pay over $2.5 billion (€2.03 billion) to Naftogaz for failing to deliver an agreed-upon volume of so-called "transit gas."

The move on Saturday not only marked an escalation in a multi-year dispute between Moscow and Kyiv, but also led to concerns about downstream gas supplies to European countries.

A gas dispute between Russia and Ukraine in 2009 led to significant cuts in supplies to Europe during freezing winter weather.

Novak reportedly said that gas supplies would not be at risk until Gazprom and Naftogaz fully ended their contract.

"Minister Novak assured that the gas transit from Russia to Europe is under no threat. The transit remains as reliable as in the past," the ministry said.

Ukraine's state-owned gas pipeline operator Ukrtransgaz, however, said it had to take extra measures to ensure gas transit to its European customers.

Ihor Kravchyshyn, a spokesman for Ukrtransgaz, said it faced "a critical situation" after Russia kept pipeline pressure at a low level.

Gazprom said it would resume gas supplies to Ukraine in March after it stopped the supplies in 2015 when Kyiv began buying gas from Europe to gut its dependence on Moscow. The Russian group called off its plan on Friday.