Russia's Gazprom has begun construction on the TurkStream gas pipeline under the Black Sea to Turkey. Feeder lines are planned to also supply EU markets. 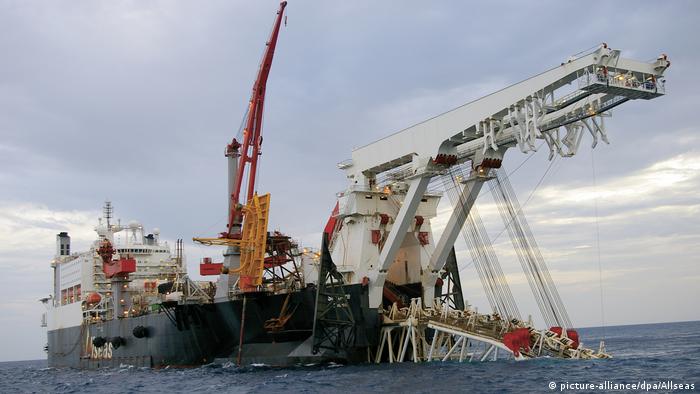 Russian gas giant Gazprom said Sunday it had started construction of a gas pipeline under the Black Sea to Turkey that also aims to provide gas to the European Union.

"By late 2019, our Turkish and European consumers will have a new, reliable source of Russian gas imports," Alexey Miller, Chairman of the Gazprom Management Committee, said in a statement.

Russian President Vladimir Putin put forward the TurkStream project in 2014 after plans to build a gas pipeline under the Black Sea to Bulgaria, known as South Stream, collapsed under EU pressure during the Ukraine crisis.

The project was later put on ice after Turkey shot down a Russian jet along the Syrian border, triggering a diplomatic crisis between the two countries. The plan was revived after the two sides reconciled their some of their differences in October last year. 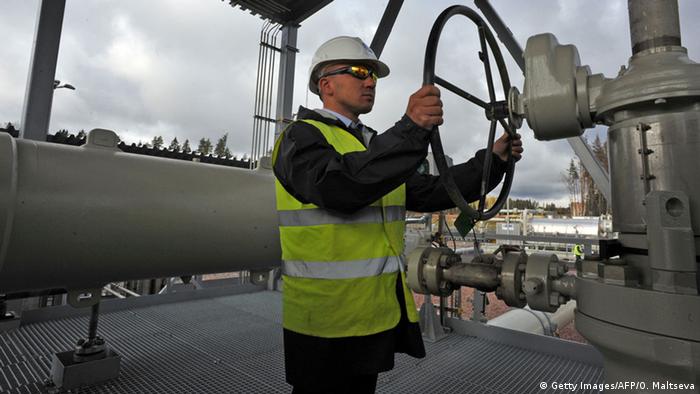 From southern Russia to northwestern Turkey

TurkStream will run from near Anapa in southern Russia under the Black Sea to northwestern Turkey. A planned feeder line to Greece would then bring gas onwards to southern and southeastern Europe.  Two lines each with an annual capacity of 15.75 billion cubic meters (1.1 trillion cubic feet) will be built.

For Russia, which is already Turkey's largest gas provider, the pipeline would allow it to reduce dependence on Ukraine and Eastern Europe for transporting gas while helping to further seal its dominance over European gas markets.

Turkey aims to become a regional oil and gas hub for energy from the Caucasus, Central Asia, Middle East and Eastern Mediterranean in order to ensure domestic energy security and cement the country's geostrategic importance. 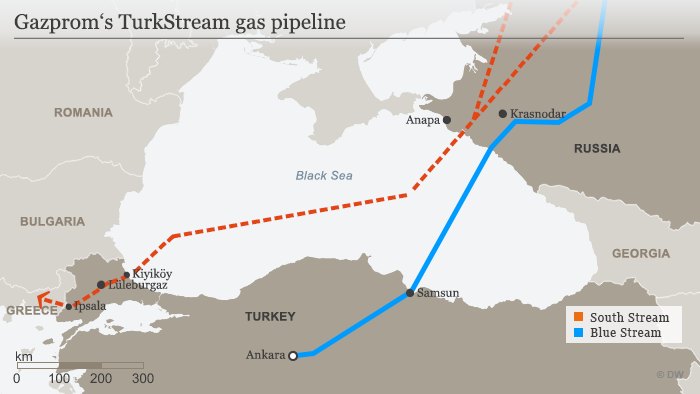 Russian corporate giant Gazprom has announced that five European companies have pledged to provide long-term financing for the Nord Stream 2 pipeline. The controversial project is scheduled to be completed by 2020. (24.04.2017)