Russian corporate giant Gazprom has announced that five European companies have pledged to provide long-term financing for the Nord Stream 2 pipeline. The controversial project is scheduled to be completed by 2020. 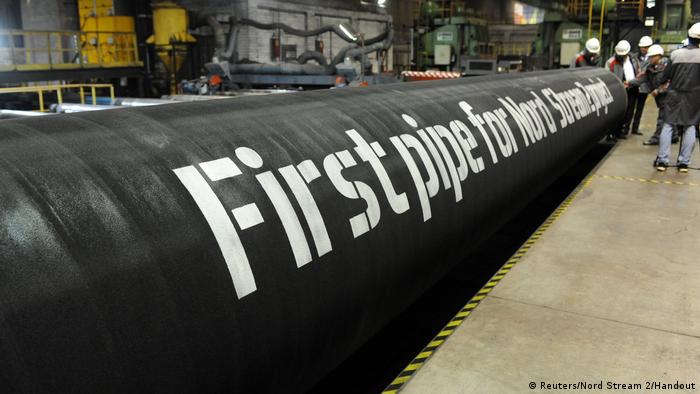 A group of five European firms confirmed Monday they would secure financing for 50 percent of the total cost of the Russian natural gas pipeline Nord Stream 2.

Those pledging funding for the project include Germany's Uniper and BASF subsidiary Wintershall as well as Engie, OMV and Shell, with Gazprom remaining the sole shareholder of the project company.

Nord Stream 2's total cost has been estimated at 9.5 billion euros ($10.3 billion). Construction is scheduled to begin next year and be completed by the end of 2019.

You can't please everyone

The co-financing pledge removes a major hurdle for the project. "The financial commitment of the European enterprises in question underlines the strategic importance of the Nord Stream 2 pipeline for the Continent's gas market," said a joint statement.

The 1,200-km (746-mile) pipeline is slated to carry Russian gas to EU member Germany via the Baltic Sea.

Nord Stream 2 has drawn criticism from a number of EU nations including Poland, and has also raised eyebrows in Ukraine. Both nations argue that the project will increase their dependence on Russian gas. But what they object to most of all is that they would no longer be entitled to lucrative gas transit fees as the pipeline will bypass them completely.