He cautioned the EU against going ahead with the Nord Stream 2 pipeline. No country should use energy as a weapon, Biden said referring to past episodes of Moscow cutting off gas supplies in winter. 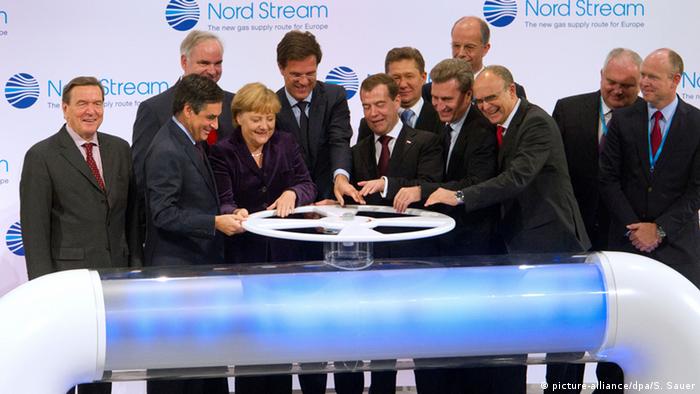 US Vice President Joe Biden warned European countries against becoming too dependent on Russian oil and gas, saying it would be "bad" for Europe.

He made his comments after meeting with Sweden's Prime Minister Stefan Lofven in Stockholm.

Over-dependence on Russian energy would also be bad for Ukraine, the vice president said. Ukraine is currently fighting a Kremlin-backed separatist movement in the east of the country.

"To lock in great reliance on Russia will fundamentally destabilize Ukraine," Biden said.

Without mentioning Russia by name, the US vice president noted that Moscow has on several occasions cut off gas supplies to Ukraine - during the winter - amid various disputes.

"No country should be able to use energy as a weapon," Biden said, "to coerce policies from other nations."

European Union states imported 53 percent of their energy as recently as in 2014. Russia provides one-third of the EU's gas, and some newer eastern member states are almost entirely reliant on Moscow for energy.

The EU is trying to reduce its dependence on Russian gas.

The European Commission, the EU's executive arm, has said the Nord Stream 2 pipeline risks concentrating 80 percent of the EU's Russian gas imports in one route. The EC is now investigating whether the project meets European laws.

Biden noted that all EU countries could now access US liquefied natural gas if they want it, and added, the energy market "needs to be open and competitive, and everyone has to play by the rules."