Ten eastern European governments have sent a letter of complaint to the European Commission that called for a summit-level debate on Russia's plans to extend its infrastructure for gas supplies to Germany. 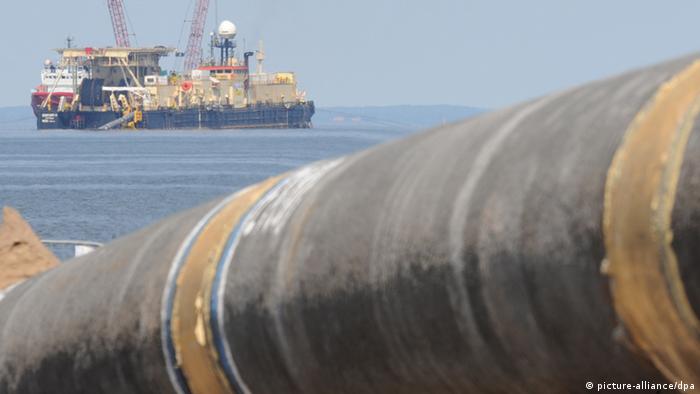 Since a group of western European companies signed an agreement with Gazprom in September on expanding the company's Nord Stream pipeline to Germany, bypassing Poland, the Baltic states and the Ukraine, there has been wide-spread criticism from eastern European governments.

The countries feeling left out of the deal sent off a letter of complaint, which was signed by Bulgaria, the Czech Republic, Estonia, Greece, Hungary, Latvia, Lithuania, Poland, Romania and Slovakia. They demanded the project should come under the closest regulatory scrutiny and called for "an inclusive debate" at next month's EU summit.

The fate of the Russian South stream project is still unclear, due to tensions with Bulgaria and - lately Turkey

"The position of the European Commission on the Nord Stream 2 project will also essentially influence the perception of the EU's common foreign and security policy among its core allies and traditional partners," the letter quoted by Reuters said.

Russia's relationships with the European Union and

Ukraine have been volatile since the annexation of Crimea in March last year.

The Nord Stream extension to deliver increased volumes of gas straight to Germany could have serious consequences for Kyiv and especially eastern EU nations, the letter said.

"Preserving the transport route through Ukraine is the strategic interest of the EU as a whole, not only from an energy security perspective, but also in terms of reinforcing the stability of the eastern European region," it said.

The EU Commission wants to reduce the bloc's dependence on Russia, which supplies about a third of its energy.

It has already said it will scrutinize the Nord Stream extension project for conformity with EU law and that its priority is to diversify suppliers while maintaining Ukraine's status as a transit nation.

He added the Commission was not unduly concerned at the latest Russian cutoff of Ukraine's gas supplies - a recurrent event. On Wednesday, Gazprom said it would halt gas deliveries to Ukraine while Kiyiv responded it could find cheaper supplies elsewhere.

Billions of euros at stake 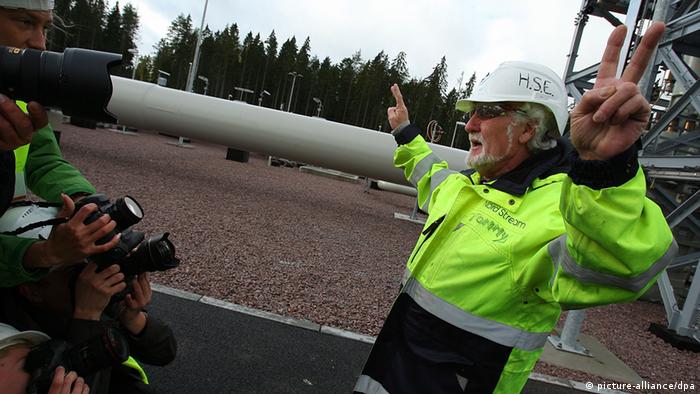 Earlier in September Slovak Prime Minister Robert Fico had criticized the deal between Russia's Gazprom and its western European partners to build Nord Stream 2 as a "betrayal" that would cost Ukraine and Slovakia billions of euros in transit fees.

Another harsh critic of the project is Poland's new Prime Minister Beata Szydlo. Together with other politicians from the Euroskeptic Law and Justice party (PiS), she has been rallying against the Nord Stream pipeline extension. In Poland, Nord Stream 2 embodies the worst fears of conservatives who see pacts between Poland's powerful neighbors, Germany and Russia, as an existential threat.

Even the US was feeling uneasy about the new pipeline project that would run beneath the Baltic Sea to Europe, because it would bring Europe closer into Moscow's energy orbit, a US energy envoy was quoted by Reuters.

Russia provides for around a third of EU energy needs, but around half of the gas the EU imports from Gazprom is shipped via Ukraine. The Russian government and state-controlled Gazprom have been actively looking to find new ways to deliver gas to Europe, bypassing its neighbor.

German chemicals company BASF and Russian energy giant Gazprom have completed an asset swap. This comes as the two agree to expand a controversial pipeline that some fear Russia could use for foreign-policy leverage. (04.09.2015)

Russian energy giant Gazprom has confirmed plans to expand its Nord Stream gas pipeline beneath the Baltic Sea and into Germany. The new pipeline would be built in cooperation with Eon, OMV and British-Dutch Shell. (18.06.2015)

The Ukraine crisis has led to a rift between the West and Russia, with both sides imposing sanctions against each other. However, Russia's gas exports have so far remained untouched - for a number of reasons. (28.08.2014)