The German government has rejected the idea of paying massive wartime reparations to Poland, saying the matter had been settled in 1953. The Polish prime minister and other key politicians recently reopened the issue. 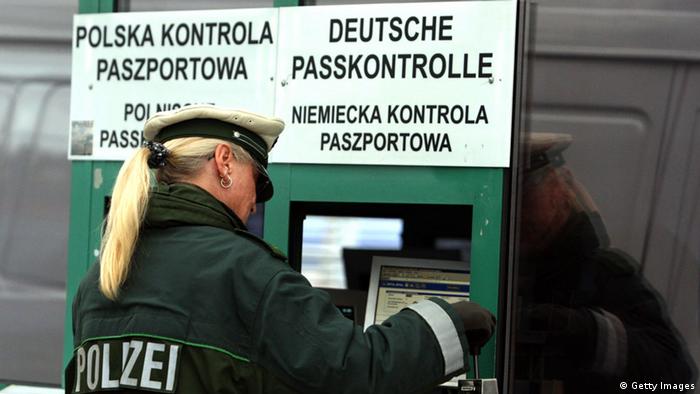 On the issue of reparations, however, Seibert pointed to the 1953 deal where Poland relinquished its right to compensation.

"From our perspective, this issue was settled in a definitive manner, both politically and legally," he added.

Several Polish politicians have disputed the 1953 accord, saying that it was made under pressure from the former Soviet Union. On Thursday, Polish Prime Minister Beata Szydlo said that Warsaw was still mulling over its official position on asking for reparations.

"We are ready to go ahead with this procedure," she added, but pointed out that a "political decision" has yet to be taken.

A trillion dollars in damages?

A Polish perspective on Germany

Previously, Polish Foreign Minister Mariusz Blaszczak said that Warsaw might ask for $1 trillion (some 830 billion euros) in reparations, while Foreign Minister Witold Waszczykowski speculated it might be "even more." Warsaw has called for "dialogue" on the issue.

Last week, a team of German legal experts cited a 1990 international accord as further proof that Poland settled its reparation claims with Germany.

Poland and Germany have traded diplomatic blows over the policies enforced by the Polish Law and Justice party, with the tensions raised between the two neighboring countries. Berlin claims that the nationalist government in Warsaw is trying to limit judicial independence. PiS leader Jaroslaw Kaczynski has accused Germany of evading responsibility for the destruction it had dealt on Poland.

On Friday, the powerful Polish Episcopal Conference warned against "hastily spoken words" that could destroy "hard-earned trust" between Poland and Germany. The body which gathers top Catholic Church representatives also urged the politicians to use diplomacy instead "waking up negative emotions in the society."