What is Article 7 of the EU Treaty?

The Article 7 procedure was designed to deter member states from advancing policies that threaten democratic institutions. The mechanism has so far been triggered against Poland and Hungary. 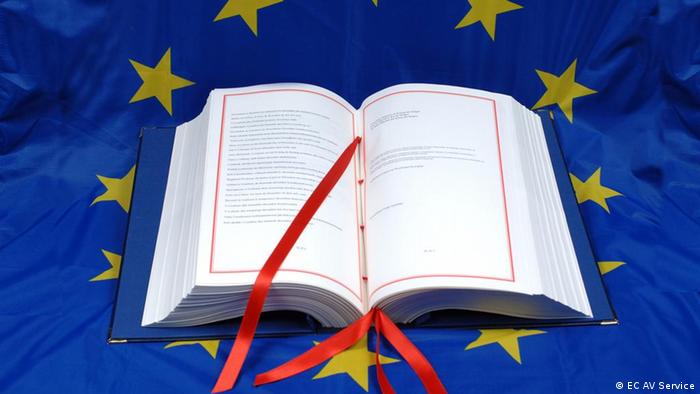 Article 7 is a mechanism of the Lisbon Treaty that ensures "all EU countries respect the common values of the EU." It was envisaged as a way to mitigate and prevent member states from backsliding on European values and the rule law, with a nod to the bloc's youngest democracies.

Although the measure came into force in the 1999 Treaty of Amsterdam, it hadn't been triggered until recently. In December 2017, the European Commission launched Article 7 against Poland over its controversial judicial reforms, followed by the European Parliament who voted to launch the sanctions proceedings against Hungary this September.

When can Article 7 be triggered?

The mechanism is triggered when there is "a clear risk" of an EU member state breaching the bloc's fundamental values, which include: "human dignity, freedom, democracy, equality, the rule of law and respect for human rights, including the rights of persons belonging to minorities."

How does Article 7 work?

The Article 7 process itself is a two-phased procedure.

First: A proposal to trigger Article 7 can be brought forward by the European Parliament, the European Commission or by one-third of member states.

Then, a four-fifths majority of member states in the EU Council must then determine that state in question is in clear breach of EU values in order to adopt the proposal. In Poland and Hungary's case, this would prevent member states, say its allies in the Visegard Group, to halt the process. The proposal must also have the backing of the European Parliament.

Second: The next phase sees the Council give a formal warning and table recommendations to the country in question. Once it issues its response, member states must decide unanimously launch sanctions and suspend voting rights. This is where the execution of Article 7 and its consequences may stall.

There has been no love lost between the European Commission and the current nationalist government in Poland. With the tension continuing to increase, Polish citizens in Brussels are worrying for their futures. (31.08.2017)