Jews in Poland fight to keep the past alive

Jewish life is returning to Poland, but it’s a painstaking process – one that isn't made any easier by the current government’s policies on commemoration. Rina Soloveitchik pays a visit to a Jewish community in Warsaw. 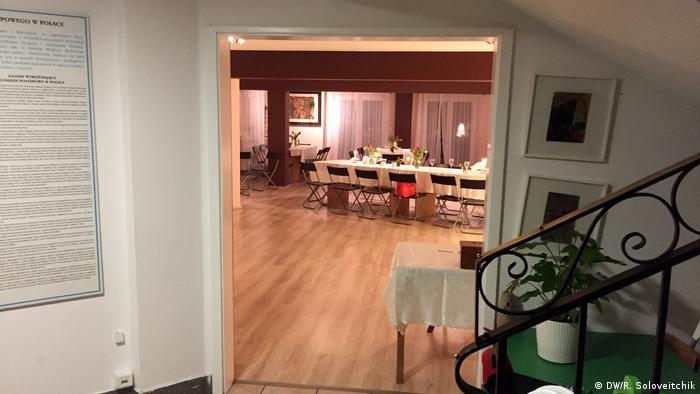 The little piece of wall looks somehow lost in the middle of the city district that AirBnB landlords advertise as Warsaw's Old Town. You have to go up close to see the inscription that reads "Ghetto Wall 1943." Behind this wall was a space of around 400 hectares (988 acres), home to some 500,000 Jews who were locked up by the Nazis in 1940.

After three years, on April 19, 1943, hundreds of survivors rose up against the Germans when they entered the ghetto to carry out the last wave of deportations. The Jews knew they couldn't win. They were too few, too tired, and they weren't properly armed. But the uprising was an expression of freedom.

Today, a red Coca-Cola ad is directly adjacent to the old ghetto wall. In the distance, you can see gray pre-fab concrete buildings and a church. Several monuments remind people of the dramatic events that unfolded here 75 years ago.

"I don't know exactly where the ghetto was, somewhere over there," says a local, gesturing to the south. It's difficult to see where exactly the ghetto borders were. It was demolished under the German occupation; later, communist-era architecture changed the entire cityscape. 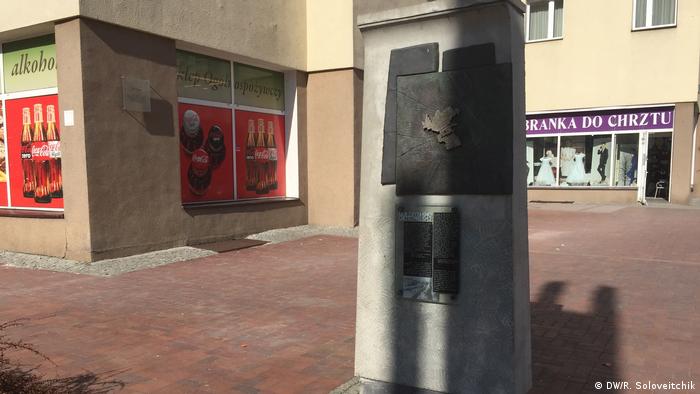 The girl with the earring

But a small group of Warsaw residents is trying to keep history alive and revive the cultural legacy of Poland's Jews. On a Friday evening in April, a young woman with a kippah sings Hasidic songs. She's leading the service for the "Beit Warszawa" community, in a residential building on the outskirts of Warsaw. Founded in 1999, the group counts many young people among its members. "Before the war, there were lots of progressive communities in Poland, but today, we're practically the only one," said an older man.

It could well be New York or London, where a more emancipated form of Judaism dares to hold such unorthodox services. Most of those present at the service in Warsaw did not grow up Jewish, nor do they know that much about their Jewish past.

"Everyone here is learning, it's about learning by doing," said Anna, one of the community leaders. Before she turned 12, she knew nothing about her grandmother's Jewish background. Then one day, she found an earring featuring a menorah in her basement. Her grandmother reacted angrily when she saw it and threw the earring out of the window. Anna went and found it, though – she still has it today. When she would carefully ask questions about what happened to her family in the past, she received only snippets of information. Then her grandmother died, and like so many young Poles, Anna was left with a mystery.

Three years ago, Anna converted to Judaism. She says a lot of people in the "Beit Warszawa" community and across Poland don't know for sure if they are Jewish. "They have a feeling but there's no way for them to know with any certainty. That's why Judaism is a question of making a decision and then practicing the faith," said Anna.

Many visitors to "Beit Warszawa" would like to learn more about the culture that was lost in Poland. One man says he often comes out of interest. He wears a kippah and holds the glass during the blessing of the wine. He doesn't have Jewish roots, nor does he plan on converting to Judaism.

In many ways, "Beit Warszawa" is a legacy of the 1990s in Poland. During that time, thousand of Poles began to research their origins, and convert to Judaism. Many liberal-minded people of non-Jewish background supported the idea of resurrecting a culture that has hundreds of years of history in Poland. A century ago, some 3 million Jews lived in Poland – more than in any other European country.

When communism crumbled in 1989, interest in that cultural heritage grew – especially among young, liberal Poles. The Orthodox Jewish community didn't appeal to large numbers of people, so a group of friends founded a more progressive community. Over the years, it has built up Jewish schools and a sports club. There are also a number of international Jewish organizations active in Poland. A small, yet diverse Jewish community became established. Today, it counts 7,000 members. According to estimates, between 20,000 and 50,000 people of Jewish background live in Poland today, although there are no exact figures.

But the new interest in Judaism in the 1990s hasn't really been echoed in the Polish government. The first uncomfortable debates about anti-Semitism were sparked by Polish intellectuals, without much understanding on the part of the population. In 2015, the mood changed with the election of the Law and Justice party, or PiS. The nationalist conservatives have made the politics of memory – the Holocaust included – a priority, but in a way that many perceive as dangerous. Recently, the government passed a law that foresees jail sentences for anyone who blames Poland or the Polish people for the Holocaust.

Poland's Jewish community is concerned. "It's no longer about Polish citizens, but about Jews and the good Poles who saved them," said one member of the progressive Jewish community in Warsaw. The government is now planning a new museum to commemorate the "love between these two peoples," according to a government spokesperson.

But the debate being pushed now by the government has largely worsened the mood among the members and friends of the Jewish community, said one man as the Shabbat meal at "Beit Warszawa" came to an end.

He says he's preparing for things to get worse still but adds that Poland is his home, and that he has no plans to leave.

Israeli politicians have accused Poland's premier of distorting history and anti-Semitism following comments made about "Jewish perpetrators" during World War II. The countries have been at odds over a new Holocaust law. (18.02.2018)