When Jews rose up against the Nazis

The first uprising against the Nazi regime began on April 19, 1943, when hundreds of Jews in the Warsaw ghetto fought German forces. A new museum commemorates the 70th anniversary of the uprising. 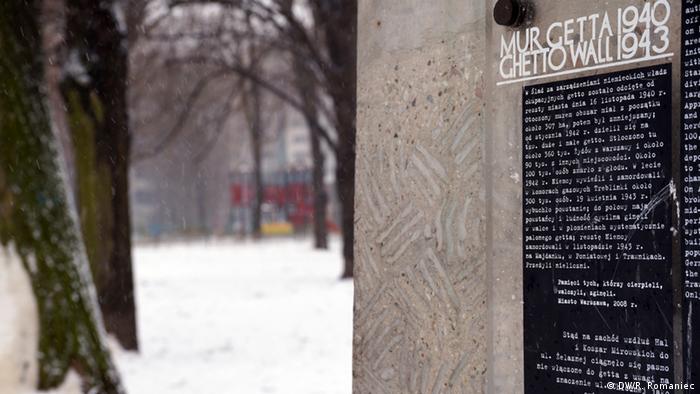 Krystyna Budnikca was just 11 years old when she experienced the uprising in the Warsaw ghetto. Although she didn't see the fighting, she felt its immense impact - in a bunker.

"Everything was burning above, heating up the earth, and the bunker got so hot that we had to flee into the sewer system to keep cool," she recalled. "For days, we ran up and down through the small tunnel in the dirty sewer canal, with dead bodies occasionally floating by. When the Germans noticed that the canals were being used as a means of escape, they shot at heads peeking out behind the manhole covers." 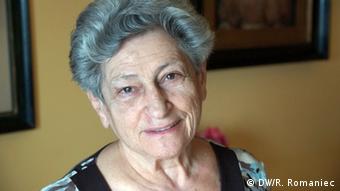 Krystyna Budnicka is one of the survivors of the Warsaw ghetto

Krystyna Budnicka was born Hena Kuczer, the youngest of eight children. Her two oldest brothers were transported in 1942 as part of the great deportations to the Treblinka gas chamber. Her father, a carpenter, decided he could no longer wait for something else to happen.

"Together with his remaining sons, he began to build a bunker under the basement of our house," the 81-year-old recalled. The family hid there until early 1943. The bunker was connected by a tunnel to the sewer system and initially had both water and electricity. The family hoped one day to escape through the sewer canal.

Budnicka had six brothers. When two of them were deported, the remaining sons took care of the family. They frequently left the bunker to support the resistance movement and look for food. One day, two brothers climbed out of the canal at the wrong time. They were shot.

Speaking about the insurgents, Budnicka said: "They fought less for their lives than for all our dignity. The Germans wanted to deny us Jews humanity. The resistance showed that they failed." 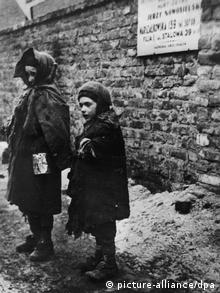 Many children died in the Warsaw ghetto

The Warsaw ghetto was established in 1940 in the city's Jewish quarter. Before the wave of deportations to the death camps in 1942, nearly 400,000 Jews lived there. After the deportations, about 60,000 people remained in the area enclosed by walls.

In early 1943, Heinrich Himmler ordered the final liquidation of the ghetto. Until then, most Jews had rejected armed resistance, including for religious reasons. But when the last mass deportation was about to begin, hundreds of young Jews decided to fight.

On April 19, 1943, the approaching German units met unexpected resistance. The young Jews were aware of their hopeless situation - they had no weapons, food or support. Yet they endured for three weeks, delivering a fierce battle. When the Germans surrounded the insurgents' bunker in early May, they collectively committed suicide.

"They wanted to decide themselves how to die," said Zygmunt Stepinski, director of the Museum of the History of Polish Jews in Warsaw. He called their deaths a political manifesto. "They wanted to show that Jews could defend themselves and that they organized the first-ever uprising against the Nazis," he said.

Budnicka also maintains that the fight was an important symbol for others, noting that Jews later organized resistance movements in other ghettos. The ghetto uprising also served as an inspiration for the Warsaw Uprising the following year, when Polish forces unsuccessfully attempted to drive out the German occupiers, but were unaided by the Soviet forces, who watched from the other side of the Vistula river. Entire families perished in the ghetto

Former Polish Foreign Minister Wladyslaw Bartoszewski referred to the resistance in the Warsaw ghetto as a "romantic rebellion." By that, Bartoszewski, who was imprisoned in the Auschwitz extermination camp and also helped organize support for Jews, meant the desperate resolve of the young insurgents. Highly respectful of their efforts, he says they "preferred to die with a gun in their hands than to be transported away to the death camps."

SS group leader Jürgen Stroop was responsible for suppressing the uprising. In May 1943, he reported that during the uprising, "56,065 Jews were captured and demonstrably liquidated." Only a few survived; 11-year-old Krystyna Budnicka was one of them. She spent nine months with her family in the bunker. In September 1943, her brother, Rafal, organized help for the family, working with the Polish underground organization Zegota, which saved many Jews from death. 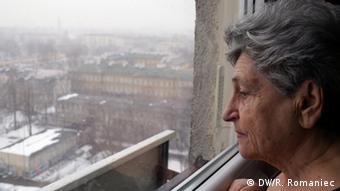 Krystyna Budnicka looks at the site of the former Jewish quarter

First Krystyna and her youngest brother fled the canal, with their parents and a sister to follow. Because the parents were too weak to crawl out of their hiding on their own, they remained in the canal, planning to leave later. Two daughters decided to remain with them.

Only survior in a family of ten

But a second rescue attempt was not possible, and the parents and daughters died in their hiding place. Various Polish families hid Hena Kuczer, as she was still called at the time; she later received the name Krystyna Budnicka from one of the families, a name she decided to keep. She is the only member of her family of ten to have survived the ghetto.

Every year since then, Budnicka, together with a small group, remembers the heroes of the uprising in the Warsaw ghetto at a monument honoring them. She lights a candle at the monument, since there is no grave she can visit to pay respects to her family. 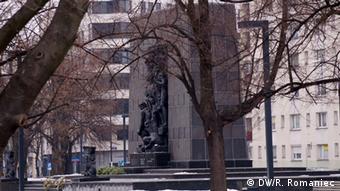 This year marks the 70th anniversary of the uprising. Large memorial services are planned. Actually, Budnicka doesn't like official ceremonies, but she is pleased with the attention given to the ghetto victims.

Communist Poland had little time for memorial services for Jewish victims. Their role in Polish history was taboo and was even politically exploited. That was a reason why Budnicka remained silent for decades.

Expression of a new era

The situation is different today. The Polish-Jewish relationship is being discussed more extensively than ever. On the anniversary of the Warsaw ghetto uprising, guests from Poland and abroad will honor the victims.

On the same day, the new Museum of the History of Polish Jews is slated to open. It is located directly opposite the Monument to the Ghetto Heroes, commemorating the Warsaw Ghetto uprising, on the site of the former Jewish quarter. Hardly anything remains of the former quarter, since the Nazis leveled the ghetto after the uprising. After the war, a new housing development for workers was built on the site. 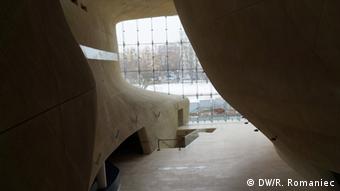 Museum of the History of Polish Jews is an experience

It's no coincidence that the museum is opening now. It's an expression of a new era in Poland. The country is openly confronting its own history. The museum will make the history of Polish Jews more tangible than ever. It also covers controversial issues, such as why the Jewish insurgents did not receive more support from others; they were supplied with weapons, for instance, but not enough.

Both historians and survivors warn about looking at the situation back then too simply. The assistance should also not be forgotten. "Without courageous Poles, I would not have survived," Budnicka said, pointing out that helping Jews in Poland, compared with other countries, was severely punished; not only those who assisted but also their families faced execution.

Budnicka is pleased with the opening of the large museum in the heart of the former Jewish quarter dedicated to the history of the Polish Jews and the Warsaw uprising. "This is about more than the Holocaust," she said. "It's about the many Jews who were prominent figures in Poland and helped shape the country for thousands of years."

'March of the Living' at Auschwitz remembers Holocaust