January 27 marks Holocaust Remembrance Day, an international day of commemoration for the victims of the Nazi genocide that resulted in the death of six million people. DW looks back at this dark past. 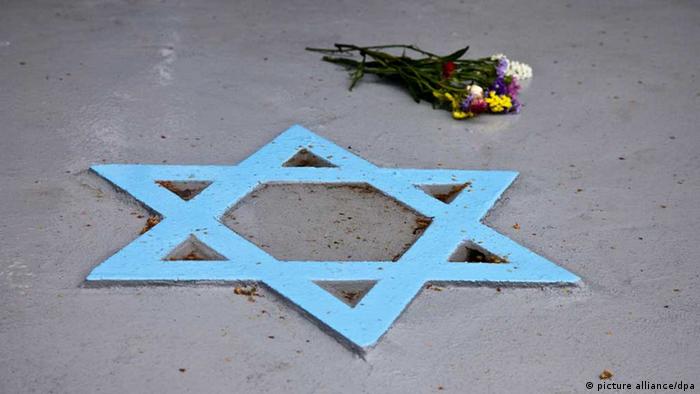 January 27 was the date when in 1945, the largest Nazi death camp, Auschwitz-Birkenau, was liberated by Soviet troops. Now it is a day of commemoration, when people around the world remember the victims of the Holocaust.

During their 12 years in power, between 1933 and 1945, the Nazis attempted to annihilate all of Europe's Jews. They spread their hatred through the use of propaganda and legislation, which systematically took away the rights of Jewish men, women and children. Millions were murdered, and millions of others were displaced and fled across the world to escape persecution. Hundreds of thousands of other minorities - Roma and Sinti, gays and lesbians, and the disabled - were also killed.

Today, the number of Holocaust survivors is dwindling rapidly. But that makes this day of remembrance only more poignant. Click on the links below to find out more.

When Jews fought the Germans: The Warsaw ghetto uprising

The first uprising against the Nazi regime began on April 19, 1943, when hundreds of Jews in the Warsaw ghetto fought German forces. A new museum commemorates the 70th anniversary of the uprising. (18.04.2013)

Auschwitz is synonymous with the mass murder of Jews, Roma and Sinti, and other groups persecuted by the Nazis. January 27 marks the anniversary of the liberation of Auschwitz by Soviet troops. (25.01.2013)

Few survivors are still alive as Europe commemorates the liberation of Nazi concentration camps on January 27. In Kosice, Slovakia, for example, Edita Salamonova is thought to be one of four who survived deportation. (23.01.2013)

Journalist and author Inge Deutschkron survived the Holocaust in Berlin. She shares her experiences in her books and in schools. This courageous woman is now celebrating her 90th birthday. (23.08.2012)

Predominantly Muslim Albanians saved almost 2,000 Jews from deportation to the concentration camps during World War II. The family of US author Johanna Jutta Neumann was among those rescued. (27.12.2012)

Researchers at the Moses Mendelssohn Center for European-Jewish Studies devote themselves to the cultural heritage of German-speaking Jews around the world. Project Director Elke Kotowski tells us about the work. (30.11.2012)

The story of a child's survival from Buchenwald moved readers around the world. It became a legend in communist East German and was used for propaganda purposes. A new edition now clears up myths surrounding the novel. (13.07.2012)

Buchenwald: Lessons from past and present

75 years ago in July, 1937, the concentration camp Buchenwald was built near the city of Weimar. The memorial there today draws people from around the world, and its program has seen some shifts in recent years. (13.07.2012)

We talk to a Slovak Holocaust survivor