Albanians saved Jews from deportation in WWII | Europe | News and current affairs from around the continent | DW | 27.12.2012

Predominantly Muslim Albanians saved almost 2,000 Jews from deportation to the concentration camps during World War II. The family of US author Johanna Jutta Neumann was among those rescued. 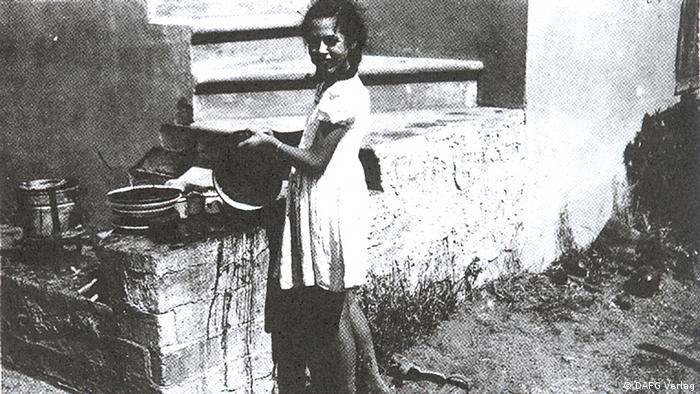 "The Albanians were fantastic - after the war, there were even more Jews there than before," Johanna Jutta Neumann said. During World War II, the Hamburg-born Jewish woman found refuge with a Muslim family in Albania. Less than 200 Jews lived in the small southeastern European country with a population of less than a million people before the war - and about 2,000 Jews called Albania home after World War II.

Today, Neumann, 83, lives in Washington, DC. The German-Albanian Friendship Association invited her to Germany to present her book Via Albania, in which she describes her family's escape from Hamburg to Italian-occupied Albania in the spring of 1938. The Albanian Embassy in Berlin issued visas to Jews until 1942; as a result, until the summer of 1943 many European Jews applied to Albania for what was no longer possible anywhere else: asylum.

A matter of honor 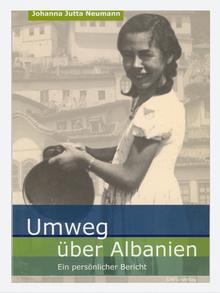 Via Albania was translated into German

In Albania, it is customary to offer guests ("mikut") loyalty and hospitality - and guarantee their safety. Once an Albanian has given a guest his word, his "besa," he must live up to it. It was this very tradition that contributed to giving Jews from throughout Europe safe refuge between 1938 and 1945 in Albania, a country with a predominantly Muslim population. The majority of the Jewish refugees lived in Albania until the early 1990s. After the fall of the Communist regime, many Albanian Jews emigrated to the United States and Israel.

The Israeli Yad Vashem memorial in Jerusalem has so far honored 69 Albanians as "Righteous among Nations," an honor bestowed on people who risked their lives to save Jews during the Holocaust. Some of them were specially honored in the travelling exhibition "Besa: A Code of Honor," first shown in 2008 at the United Nations headquarters in New York and now touring German cities, including Dresden, Görlitz and Leipzig.

Albanians saved Neumann's family from deportation and extermination. At first they lived in a hotel - only to get acquainted with Albanian hospitality. "We left the hotel after about three months and moved in with a Muslim family," Neumann said, adding that the Jewish family experienced their first Ramadan and Bairam festivals. "It was wonderful. People treated us like their own family." 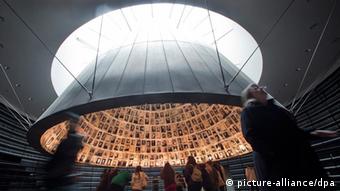 The Hall of Names at Yad Vashem Holocaust Memorial

The fascist occupiers tried to deport Jews from Albania, too, but the population refused to surrender the Jews living in their country. Even members of the Albanian government pitched in, providing Jewish families with forged documents.

Many Albanian farmers took in and hid Jews. Anna Cohen's family fled Thessaloniki and found refuge in the village of Tre Vllaznit, near Vlora.

"I was born in Albania shortly after the war ended, and I was raised there," said Cohen, a New York dentist who left Albania for the USA in 1992. "I always felt like an Albanian of Jewish heritage."

Albania was the opposite of other eastern European countries under Nazi occupation where Jews were concerned - Albania became their safe haven, according to Kiel-based historian and Balkans expert Michael Schmidt-Neke.

Between 1938 and 1945, more than 70 percent of the Albanian population was Muslim, the remaining 30 percent was Orthodox or Catholic. The ratio led to a great deal of interreligious tolerance, Schmidt-Neke said. The willingness to help persecuted Jews ran across the social, religious and political spectrum, he said, adding, "There were people who worked with the communist resistance that saved Jews as well as those who cooperated with the occupiers while they hid Jews in their homes."

Is religion the only way to preserve the Jewish tradition? Not necessarily, says Argentine-Jewish author Ariel Magnus. He explains how assimilation can also become a sad burden. (29.11.2012)

A magnet for German-Jewish refugees

It was mostly liberal Jews who emigrated from Germany to Brazil. They still have a community center in Sao Paulo today. (29.11.2012)