Germany marks the liberation of Auschwitz | Germany | News and in-depth reporting from Berlin and beyond | DW | 27.01.2013

Auschwitz is synonymous with the mass murder of Jews, Roma and Sinti, and other groups persecuted by the Nazis. January 27 marks the anniversary of the liberation of Auschwitz by Soviet troops. 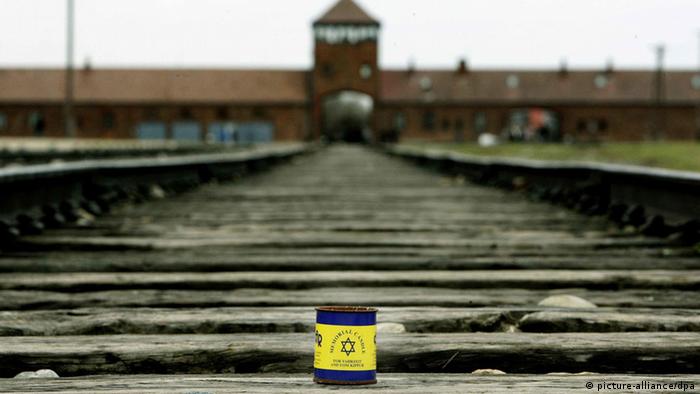 Germany, 1945. People immediately recognized the loud, bombastic fanfare of the weekly newsreel. The speaker kept up the facade, sounding as though he was reporting a victory rather than retreat.

"On the entire eastern front, between the Baltic Sea and the Carpathians, the Soviets launched their biggest offensive to date in the early hours of January 13. The front is alight across 1,000 kilometers."

Matter of life and death 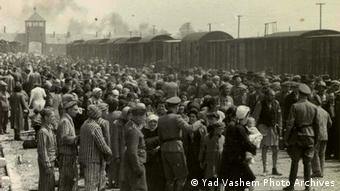 As the Red Army closed in,the liberation of Auschwitz also edged closer. But it would be two long weeks before the time finally came.

At last, on January 27, 1945, a Saturday, Soviet troops reached Auschwitz. The German military put up a bitter fight. A total of 231 Red Army troops lost their lives in the battle to liberate the extermination camp. Soviet soldiers found 7,500 camp prisoners who looked more dead than alive.

What had happened in Auschwitz was not immediately public. It was in mid-April 1945 when the survivors recounted their ordeals to the German service of the BBC. Anita Lasker, a young cellist, was one of them.

"A doctor and a commanding officer stood waiting upon the arrival of the transporters on the ramp and everyone was sorted before our very eyes," she remembered. "That meant, people were asked their age and about the state of their health."

Many unsuspecting new arrivals revealed certain ailments, in effect signing their own death warrants. "Children and the elderly were disregarded above all. Right left, right left. Right is to life. Left is to the chimney," one eyewitness said.

Architects of the Holocaust 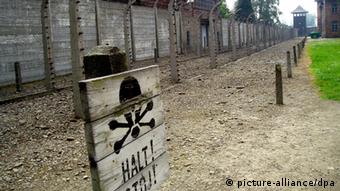 Auschwitz was the largest and most horrific concentration camp. The National Socialists perfected their system of mass murder there. At the helm was Adolf Eichmann, who headed the so-called Department for Jewish Affairs at the Reich Main Security Office (RSHA), responsible for the SS apparatus of terror.

At the end of the war, Eichmann fled to Argentina with the help of the Vatican. In May 1960, he was captured by the Israeli intelligence agency Mossad and extradited to Israel. During his trial in Jerusalem, Eichmann attempted to play down his role in the Holocaust. "I condemn and regret the act of extermination of the Jews which the leadership of the German state ordered," he said.

Eichmann claimed he was unable to break ranks, saying, "I was just a tool in the hands of the strong and the powerful and an incomprehensible fate." Eichmann's cynical protestations failed to convince the judges. He was found guilty and executed in 1962. 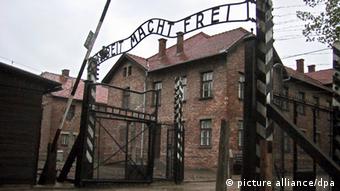 The concentration camp Auschwitz, situated around 60 kilometers southwest of Krakow, was built in spring 1940. In September 1941, camp commander Rudolf Höss gave the order for the poisonous gas Zyklon B to be used to murder camp inmates.

Zyklon B was originally used as a disinfection agent, the fumes from which could kill a person within minutes. From 1942, the SS deported Jews from across Europe to Auschwitz. From 1943, Jews, Sinti, Roma and others persecuted by the Nazi regime were "industrially" exterminated: The prisoners were murdered in four gas chambers and their corpses were burnen in giant crematoriums. 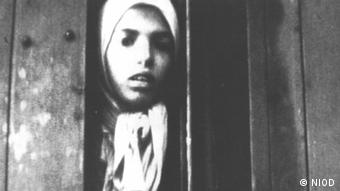 Settela Steinbach, a Sinti girl, on the way to Auschwitz where she was gassed in 1944

But not all victims of Auschwitz were gassed. Following their arrival at the camp in over-crowded livestock wagons, detainees were "selected," as Nazi jargon had it, on the unloading ramp. SS doctors decided who would be gassed immediately.

One of them was Josef Mengele, who would later be known as the "Angel of Death." Alongside the selection process, Mengele carried out brutal experiments on inmates, including children. After the war, Mengele fled to Argentina, then later to Paraguay and finally Brazil, where he is believed to have lost his life in a bathing accident in 1978. 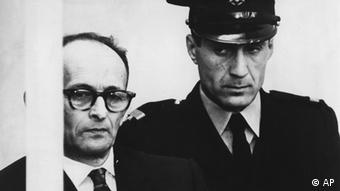 Adolf Eichmann testified behind bullet-proof glass during his trial in Jerusalem, 1961

Anita Lasker explained to the BBC about how he experimented on women in the notorious Block 10. "Women were sterilized; that meant they were experimented on like guinea pigs. Jews were just as good for them. Twins were also experimented on. Their tongues were almost pulled out or their noses were opened."

Those who appeared to be physically robust were sentenced to forced labor. That included work for the chemical company IG Farben, which had a factory for concentration camp detainees in Auschwitz-Monowitz from 1941.

Inmates carried out the most difficult work without proper clothing, nutrition or medical care. After a few months, the forced laborers were starved, died of malnourishment, cold, or as a result of accidents in the workplace. Those who could no longer work were sent back to the extermination camp. 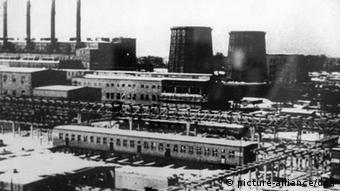 Over 30,000 forced laborers were murdered at the IG Farben factory in Auschwitz-Monowitz

The SS murdered more than a million people in Auschwitz. In order to remove any traces of the crimes it committed from the Red Army, the SS blew up the gas chambers and evacuated the majority of the detainees westward at the end of 1944. Charlotte Grunow and Anita Lasker, for example, were taken to Bergen-Belsen in Lower Saxony where they were liberated by British troops in mid-April 1945. 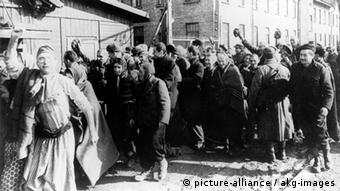 Pictured here, the liberation of Auschwitz by Soviet troops on January 27, 1945

Those who remained in Auschwitz would soon hear the sound of Soviet artillery fire. But the SS wanted to prevent the Red Army from liberating the camp. Nazi henchmen drove the emaciated prisoners out of the camp and forced them to march night and day. Whoever stayed behind was shot. Around 56,000 were taken on the death march. For around 15,000 it was to be their final journey. Their corpses were left strewn along the roadside.

The Holocaust, which Eichmann called an "incomprehensible fate" during his trial, cost the lives of over six million people: at least 5.6 million Jews and around half a million Roma and Sinti. Homosexuals, the disabled, and Jehovah's witnesses were also systematically persecuted. Among the dead were 1.5 million children.

Germany has officially remembered the victims of the National Socialist regime on January 27 since 1996.