Polish President Duda has apologized for the anti-Semitic campaign in March 1968, an important and long-overdue gesture. On the foreign policy front, he wants to repair what others have shattered, says Rosalia Romaniec. 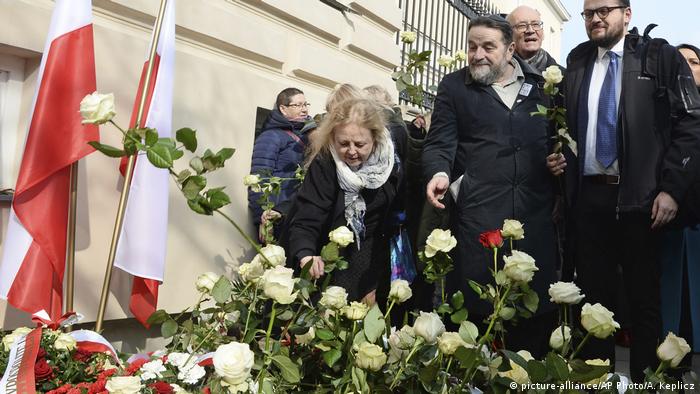 Admittedly, I was surprised by the apology that Polish President Andrzej Duda offered the Jews who left Poland in 1968. The gesture does not match the current rhetoric from Warsaw, and certainly not the unfortunate "Holocaust law" that was signed by Duda himself. Nor does it fit to the words of Prime Minister Mateusz Morawiecki, who spoke of "Jewish perpetrators." Only a few days ago, he denied responsibility for the anti-Semitic smear campaign in 1968, stating that there was no Poland at the time, only a communist regime. I see! I don't want to know where it would lead if other countries were to follow this kind of logic.

In light of the Polish government's recent history, Duda's apology seems like an attempt at damage control. "Please forgive" — he turned to the victims of March 1968 — "Forgive the Republic and the Poles, the Polish people of that time." Finally!

At that time, in 1968, students were also protesting against the communist regime in Poland. The government quickly used them for its purposes and spoke of "Zionist elements" that were supposed to have controlled the rebellion. The mood turned. Jews living in Poland were soon made to feel that they were no longer welcome. Anti-Semitic sentiment was also prevalent in other countries in the Eastern bloc, but the situation in Poland was taken further: Twelve thousand Polish citizens lost their jobs, and later also their passports — because they were Jews.

These people were Holocaust survivors and their children who had wanted to stay in Poland after the war. The regime made it clear to them that they should now leave the country. Their neighbors, friends and colleagues didn't hinder them. They did not give them the feeling that they were nevertheless safe, and that they should stay.  This was a declaration of political and social bankruptcy — 23 years after the Holocaust. 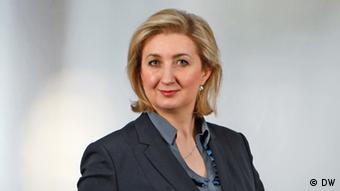 It remained a taboo subject until the fall of the Berlin Wall in 1989. After this, a cautious public debate on this chapter of post-war history began. Now, Polish nationalists complain about the topic, and instead of promoting dialogue, they preach: "No more culture of shame." Appalling!

Duda's conciliatory words, in which he asked the Jews for forgiveness, were long overdue and are an important message to the outside world. Particularly because representatives of the Polish government have recently uttered so many hurtful words toward the former victims and their descendants. Just a few days ago, Prime Minister Morawiecki said that March 1968 was "a reason for pride and not shame for the Poles" — he was referring to the anti-Communist student protests. Nevertheless, the sentence seemed misplaced and provocative.

The genie is out of the bottle

What this is really about is Poland's current struggle over the prerogative of interpretation of its own history. The ruling right-wing populist Law and Justice Party (PiS) interprets Polish history for its pseudo-patriotic purposes, and wants to ensure what future generations of Poles read in history books. This is letting a dangerous genie out of the bottle. It will take many years to catch it again.

The president, by now addressing these conciliatory words to the victims of 1968, is attempting a balancing act. From a foreign policy point of view, he is trying to save Poland's reputation and ask for forgiveness. From a domestic political point of view, this is of little use to him, so he tones it down by saying that the Poles of his generation should not apologize for these deeds. Duda knows that if he wants to be re-elected in two years' time, he needs to secure a majority. And the majority of Poles are currently situated pretty far to the right.

With this tactic of trying to have it both ways, it will be interesting to see whether Duda survives on the domestic political front. But whatever happens, his gesture is already considered historic. Because at some point, when Poland sweeps together the piles of broken fragments, it will be glad that it can take up Duda's words.

Antisemitism on the rise in Poland