The responsibility for the Nazi regime's horrors must be borne, without exception, by everyone currently living in Germany, says DW Editor-in-Chief Ines Pohl — and this has nothing to do with individual culpability. 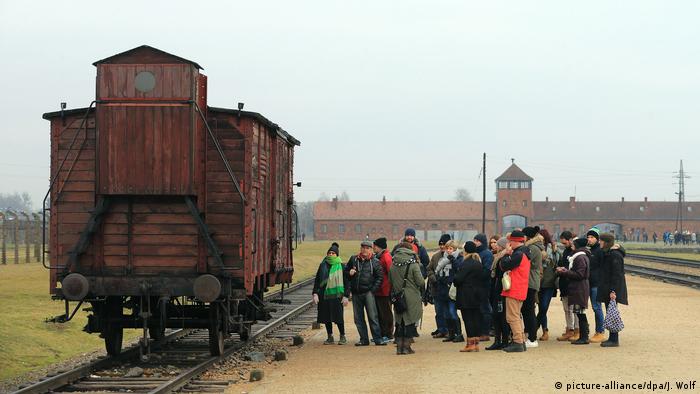 It has taken a long time for Germany to finally acknowledge that it is a nation of immigration. Many still refuse to recognize that it is not only a cultural enrichment if people from all over the world want to live and work in Germany. Considering demographic developments, the citizens of Europe's largest economic power will not be able to maintain their standard of living without the labor and skills of people from other countries.

Today, 74 years to the day after the Auschwitz extermination camp was liberated, it is a good day to reflect on what it actually means to immigrate to Germany, to live here or even to aspire to have German citizenship.

It is a good day to consider why the commitment to being a country of immigration includes very clear and immutable rules. And that there is an understanding of ourselves as Germans that must never, ever be up for discussion, where there can be no compromises.

But in looking back, we must not get caught in the horrors of the past. Rather, we must look forward and keep asking what we must we do now, today, to do justice to this particular responsibility.

It is precisely because the last survivors, but also the last perpetrators, are dying that we must find other ways of making this responsibility accessible to young people, to future voters, to the political decision-makers of the future.

The further Nazi rule fades into the past, the more difficult it is to keep its significance alive in the present. That is just how things are.

Read more: Remembering the Holocaust is about responsibility, not guilt

It is therefore crucial and appropriate to provide information in schools, to organize school trips to one of the concentration or extermination camps, but also to visit the battlefields of Verdun. It is essential and good that democratic, political forces have joined together across all party lines in order to consistently combat hatred toward Jews and anti-Semitism.

But it is equally as important to make it clear to those whose ancestors did not yet live here during the darkest period of German history, or who are new immigrants, that everyone living in Germany today must be prepared to take on this responsibility. It has nothing to do with individual guilt, but with Germany's national identity. This clarification also belongs to today's commemorations.

Opinion: New Berlin refugee museum must be a place of reconciliation 21h ago