Prosecutors say the former SS guard at the Stutthof Nazi concentration camp knew about hundreds of killings. Now in his 90s, he'll be tried as a juvenile, as he was younger than 21 at the time of the alleged crimes. 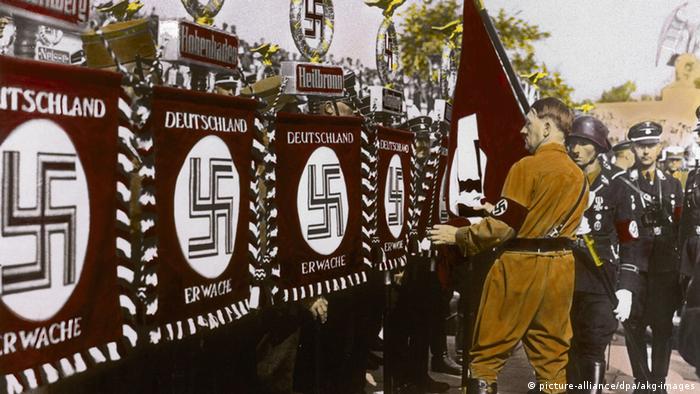 A 94-year-old German man will face trial in November charged with complicity in the mass murders at the Stutthof concentration camp during World War II, a German court in Münster said Friday.

A former guard in the SS, the paramilitary wing of Adolf Hitler's military, he is accused of being aware of the killings of hundreds of people during the three years he served in Stutthof concentration camp near Gdansk, in what is now Poland.

Between 1942 and 1945, hundreds of prisoners were killed in gas chambers or injected with poison, while others died of exposure or cold, Der Spiegel newsmagazine quoted Münster prosecutors as saying.

Among the victims were more than 100 Polish prisoners who were gassed to death on June 21 and 22, 1944, as well as "probably several hundred" Jewish prisoners murdered in the same way from August to December 1944 as part of the Nazis' so-called "Final Solution" operation.

Prosecutors believe that the man "knew about the killing methods" at the camp and that guards were an essential part of the camp system.

An estimated 6 million Jews were killed during the Nazi Holocaust carried out under Hitler.

The extreme old age of many people accused of Nazi crimes tends to make prosecution difficult, with many suspects saying they're no longer in a fit physical state to face trial. In the Stutthof case, hearings will last a maximum of two hours a day because of the suspect's poor health.

In another case, prosecutors have filed charges against a 93-year-old man from Wuppertal who was also a former SS guard, but it is unclear whether the trial will go ahead as it is yet to be determined if he is fit for trial, the court in Münster said.

Last year, a court ruled that Oskar Gröning, known as the "bookkeeper of Auschwitz" due to his job counting the money taken from victims at the camp in German-occupied Poland, must serve time after years of dispute over whether his health and age permitted a prison term. However, he died in March, aged 96, before starting his four-year sentence.

Reinhold Hanning, a former SS guard at Auschwitz, was also sentenced at age 94 and died before his sentence started.

Germany: The legacy of the 1968 protests

Germany: The legacy of the 1968 protests

Why the Manchester terrorist is reminiscent of Nazi cruelty

Why do terrorists commit horrible acts? Psychologist Ulrich Wagner explains what extremists ranging from Nazis to Islamists all have in common - and how we can prevent their crimes against humanity. (24.05.2017)