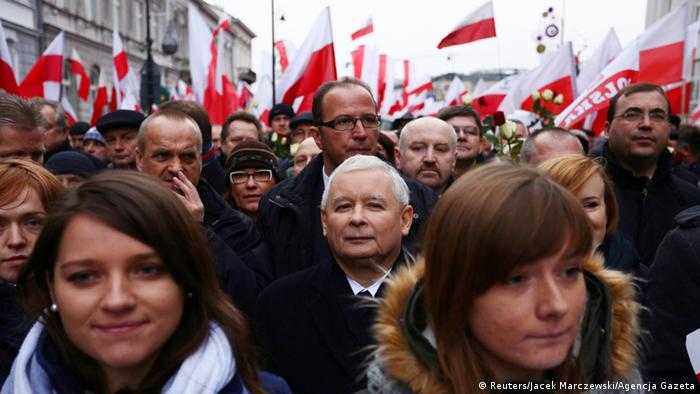 In an interview with the state-run Polskie Radio on Friday, Jaroslaw Kaczynski, the de facto senior politician in Poland, renewed demands for Germany to pay compensation for Poland's war time losses incurred by Germany.

"This is a Polish-German issue. It was Germany who invaded Poland, murdering millions of people, destroying material goods and we must be compensated for this," he said.

Kaczynski has been calling for financial reparations from Germany for more than a decade.

In March two PiS politicians said that Poland should demand reparations worth $850 billion (€780 billion) for destroyed property and people killed.

"For many, many years, there has been a defamation campaign offending Poles, completely altering the sense of World War II," Kaczynski went on. "Today we have started on a route in the opposite direction and I think this road will be difficult and steep ... If we did nothing, we would get nothing." 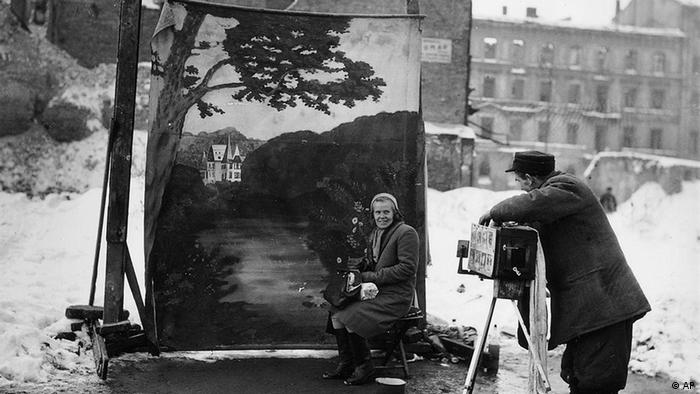 A photographer shooting a portrait in Warsaw in November 1946

Kaczynski's revival of war reparations demands follows Poland watering down a controversial law criminalizing any comments suggesting some Polish people might have helped Germans during the war.The threat of jail terms has now been removed but the law has faced considerable criticism from the US and Israel.

Kaczynski said on Wednesday that the move was because Israeli authorities had "fully confirmed Poland's position" on Germany's responsibility for the Holocaust.

They also coincide with rumors that Kaczynski's recent illness has led to infighting within the party and the government over who could succeed the 69-year old.

However, the Polish government has said it doesn't want its demands to affect cooperation within the EU and its relationship with Germany and hasn't yet filed any official claims.

The German government has meanwhile dismissed previous demands, referring to a Polish renunciation of claims in 1953. German parliamentary legal experts said last year that Warsaw had no right to demand reparations.

Poland's then Communist government waived its right to German post-war compensation in 1953, but in 2017 several government ministers refuted the validity of the waiver.

World War II started with the German invasion of Poland in 1939 and led to deaths of nearly 6 million Polish citizens by the war's end in 1945, about half of them Jewish.

A survey published this week by Körber-Stiftung said that 76 percent of Germans think Berlin should not pay WWII reparations, while Polish opinion on the issue is split, with 40 percent saying Warsaw should not demand compensation from Germany and 46 in favor.

PiS was backed by 37.9 percent in a recent poll, up 4.5 percentage points from May. The party won the 2015 election with a similar share of the vote, becoming the first party in Poland's post-communist era not to have to govern in a coalition.