Poland′s Macron? Morawiecki takes the helm | Europe | News and current affairs from around the continent | DW | 08.12.2017

Poland's soon-to-be Prime Minister Morawiecki has two years until the next elections to show if he will go down as another Jaroslaw Kaczynski puppet or a modernizing force. The ex-banker has his work cut out for him. 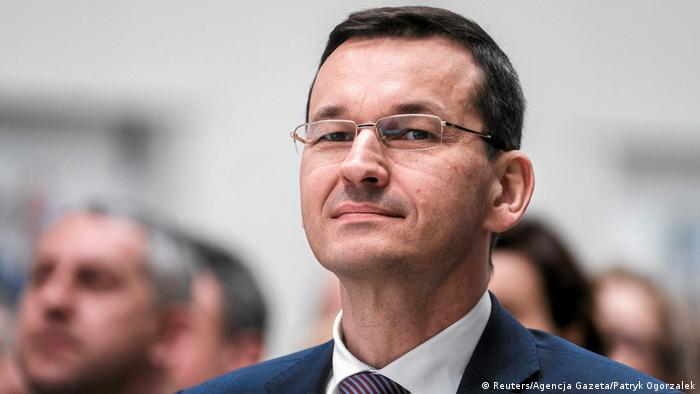 Two years after coordinating the election campaign that saw PiS win the first single-party majority since the end of communism in Poland in 1989, Szydlo seems to have been a victim of her own success.

The PiS government is polling over 40 percent, against the main opposition party Civic Platform (PO) on around 22 percent.

It is rumored that Kaczynski wanted Szydlo to step down because she was unable to manage government infighting.

Szydlo and Morawiecki have been at loggerheads for months over control of key state-owned companies, the conflict coming to a head publicly during the selection process for the chief executive of PZU, central Europe's biggest insurance company, earlier this year. 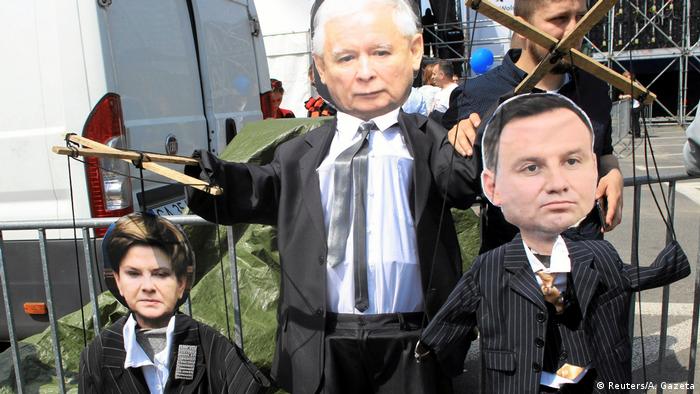 While skeptics point to short-term politicking, accusing Kaczynski of using the change to divert attention away from a Friday vote on laws that would give PiS significant power over Poland's judicial system, the advent of a Morawiecki government opens up a genuine choice in Poland.

Sharing some of the ideological hallmarks of French President Emmanual Macron, the ex-banker Morawiecki could build his own political base within the cabinet and seek to drive through some of the modernizing rhetoric with which he has been associated and on which the government has dragged its feet.

Both he and Macron are faced with deeply statist political cultures, both cut their teeth in the international financial world and both appear to have instincts more closely attuned to the demands of liberal market economics than old-school statism.

The PiS government maintains a nationalist and conservative profile but is less ideologically monolithic than often assumed.

Jan Mus, a political scientist at the Vistula University in Warsaw, said the government to date has been made up of three main groupings.

"You have the ideological praetorians, the most important group as far as political influence and personal aspirations are concerned and includes Antoni Macierewicz, Mariusz Blaszczak, Mariusz Kaminski and Witold Waszczykowski," Mus said.

The second main group is what he called ideological neophytes. "This is primarily Justice Minister Zbigniew Ziobro," he added.

A counterbalance to these groups is what he calls the managers. "This is an interesting category and it is where Morawiecki comes in, along with Anna Strezynska, Henryk Kowalczyk and earlier Pawel Szalamacha," Mus said.

"The ‘managers'' stock has always depended on the financial effectiveness of their ideas. Managers have therefore played more of a service than an autonomous role to the ideas of Kaczynski," Mus said.

But this could be about to change, he added.

As finance minister, Morawiecki created the "Morawiecki plan," designed in its own words "to strengthen Polish capital" and drive growth by investing 1 trillion zlotys (€238 billion, $282 billion) in innovation and technology sectors, using a mix of funding from public, EU and global financial institutions such as the World Bank.

A free-marketeer in principle, Morawiecki was thus more than willing to spend public money to stimulate domestic consumption when at the Finance Ministry. For the time being it is reaping rewards: the economy is expected to grow 4 percent this year, with unemployment falling to 6.6 percent.

Morawiecki also earned a reputation as tough on tax evasion and for securing fiscal prudence during his tenure at the ministry.

On the downside, Poland's debt-to-GDP ratio was at a relatively low 54 percent last year but it could still balloon. Inflation is also creeping up, and with expectations of interest rate hikes.

A Morawiecki ally, Szalamacha — who left the government in 2016 — wanted the central bank's mandate to add economic growth as an objective on equal terms with its goal of price stability. That has not been achieved so far and under Morawiecki it will be interesting to see what plans he has here.

With inflation on the rise, interest rates hikes and central bank independence will both be watched for signs of where Morawiecki's ideological instincts take him.

The government has said it will be committed to maintaining an overall deficit below 3 percent of GDP in line with EU guidelines, but to do so PiS has toyed with raising taxes on banks and supermarkets, neither popular with foreign investors, a group all Polish governments have had to tread carefully with.

A bill on converting Swiss franc loans, which has been supported by President Andrzej Duda, who pledged to offer relief to borrowers during his election campaign in 2014, has sat on the sidelines since PiS came to power in late 2015. Again, Morawiecki will be offered a populist and a market economic choice.

Szydlo introduced a popular monthly allowance of PLN 500 (€120) per child, which costs about PLN 19 billion a year. This is unlikely to be changed any time soon and opposition parties have said they will keep it if elected.

Despite his private-sector credentials, Morawiecki has also however shown a penchant for building up state assets, particularly in the banking sector.

"The weakness of the last quarter century has been to downplay the state's role in the modern economy," which is "a sin and an absolute mistake," Morawiecki argued at a recent debate on Poland's development since the 1989 demise of communism.

Morawiecki said he is focused on creating a "Polish Dream" model for a welfare state that would ensure equal access to basic goods, work and housing for all Poles.

The choice of new finance minister will tell Poles and the world something about the direction the second half of the PiS administration will take. Either a Morawiecki or a Kaczynski appointment.

While one set of critics say his instincts are too statist, another bemoans the fact he hasn't been statist enough.

"After two years, we see that he is certainly an effective financial manager... but so far, he still hasn't managed to push through his own policies focused on public-sector investment,” Witold Orlowski, the chief economic adviser for PricewaterhouseCoopers in Poland, told the French news agency AFP.

Leszek Balcerowicz, the architect of Poland's "shock therapy" transition from communism to capitalism in the early 1990s, meanwhile accused Morawiecki of populism and "politicizing the economy, including banks, imposing statism instead of market rules and harming public finances."

An ex-finance minister, Jan Vincent Rostowski told DW that "PiS has overseen terrible macroeconomic results. The 2.5 percent growth in 2016 was in effect a massive slowdown and puts Poland's public finances in danger."

"This was directly due to the investment slowdown. Investment, in fact, fell off a cliff, with investors afraid and this was directly related to the assault on the rule of law and due process. Given the growth in the EU, Poland should have seen 4 percent growth, as it did in 2015, when European growth was slower."

"PiS does not have economic policies, they all political," he said. "This has economically very risky ramifications, a failure in particular to cut the public sector deficit, creating no buffer. They have individual projects, but no overall macroeconomic policy. Morawiecki is absolutely pathetic," Rostowski said.

The controversial push to overhaul the country's Constitutional Court and reform the judiciary, as well as the transformation of public media outlets into instruments of governmental propaganda dissemination, have led to serious conflicts with Brussels.

Morawiecki's views gel with the "de-communization" drive that has helped PiS push through several contested measures, including justice reforms which the EU has called a "systemic threat" to the rule of law.

The government also drew criticism from abroad following an Independence Day march last month that was organized by far-right groups. It drew an estimated 60,000 participants, including some who carried banners and signs with white supremacist messages. Some government members praised the march.

An English-speaking banker, Morawiecki might have more luck actually talking with Brussels, after two years of disastrous PR for Warsaw.

The once-warm relations between Poland and Germany have cooled considerably. The claim to reparations that Kaczynski raised regarding damages and losses incurred through German occupation during WWII may be popular with supporters, but they have been disastrous for bilateral relations.

Duda has said that if Poland were to ever join the euro there would have to be a referendum first, and insisted that it couldn't happen until Polish wages are at least equal to German wages. Average wages in Poland are €689 per month, compared with €2,598 in Germany.

Central and eastern EU member states are wary that a so-called "multi-speed" Europe will relegate them to the bloc's second tier. However, a more flexible Europe may just be the boost they've always needed. (24.03.2017)