Central and eastern EU member states are wary that a so-called "multi-speed" Europe will relegate them to the bloc's second tier. However, a more flexible Europe may just be the boost they've always needed. 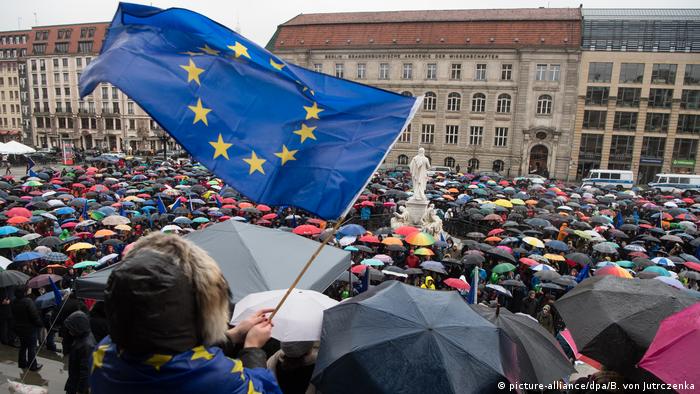 Saturday's summit commemorating the 60th anniversary of the Rome Treaties was always going to be more than just a celebration of peace and unity. It will be a landmark for the bloc's next leap of faith as it sets out its post-Brexit roadmap.

Top of the bill is the proposal for a so-called "multi-speed" Europe, which is likely to form the basis of any declaration coming out of the Rome summit.

Under this new, looser framework, EU member states will be able to cooperate on various initiatives if they so choose, while those that would rather opt out will be allowed to do so. This means, in theory, that no country will be forced to commit to any deal it deems practically or ideologically untenable.

The notion of a "multi-speed" Europe is by no means new: the single currency and Schengen agreement can already be regarded as part of such an approach. Yet the idea has been spurred by recent policy deadlocks in Brussels, namely over defense and migration.

German Chancellor Angela Merkel was among the first leaders to raise the prospect of a "multi-speed" EU at February's summit in Valletta, before it quickly gained the backing of the bloc's other founding members. Accelerated integration among some is preferred to standstill for all.

However, the prospect has made some eastern and central European nations wary that it could hollow out EU institutions and enforce larger members' dominance.

Jaroslaw Kaczynski, the head of Poland's ruling Law and Justice Party - currently the EU's problem child - has decried the move, warning that it could tear apart the EU. Reports suggest that Poland could try to veto the proposal.

"Kaczynski mentions that in Europe it is hegemony of Germany, and Merkel twists arms so that any decisions that are taken are good for Germany and nobody else," Jakub Wisniewski, vice president of GLOBSEC think tank and Poland's former ambassador to the OECD, told DW. "When seen through these lenses, any future integration will reinforce this trend... when other countries on the European peripheries will be deprived of rights and of their entitlements, such as money flowing from Brussels through structural funds."

Meanwhile, the EU's newest member states - Bulgaria, Romania and Croatia - have voiced concerns that the EU institutions that give them clout on the continent could be hollowed out. All three countries have made tremendous efforts in their transitioning to democracy and EU values. However, if the western European economies choose their integration path, the countries could fear they will find themselves relegated to the second tier of European policy making.

How the region benefits

However, any protest from central and eastern members against the two-speed concept would to be self-defeating for the region.

First, more flexibility would only enforce the region's more practical approach to EU integration. "The likes of Austria and Poland already have a pragmatic attitude towards the EU," Dina Pardijs, program coordinator at the European Council of Foreign Relations and co-author of the report "How the EU Can Bend Without Breaking," told DW.

"They embrace the parts that work for them and disregard the parts that don't. More flexible cooperation, even if it weakens the EU's structures, wouldn't be that bad for them."

Second, while a multi-speed approach would see new circles of cooperation emerging, they would likely be established within the current EU treaties rather than through the formation of new structures.

"Countries are being very careful not to put any very disruptive proposals forward," Pardijs said. "So if anything they will be too careful and probably make too small a step for the goal of breaking deadlock to be achieved."

Perhaps the most positive bearing will be enjoyed by the region's EU candidate states. According to Wisniewski, any tapering within the single market or freedom of movement among the peripheral countries would dramatically lower the threshold for EU membership. It would also be less disruptive on the economy of any new state.

The end of ever-closer union may prove to be just the impetus EU integration needed.