Gdansk: A city in mourning buries its murdered mayor | Europe | News and current affairs from around the continent | DW | 18.01.2019

The Polish city of Gdansk is saying farewell to its mayor, who was stabbed to death at a charity concert. The suspected attacker's mother has told police she was concerned that her son was planning political revenge. 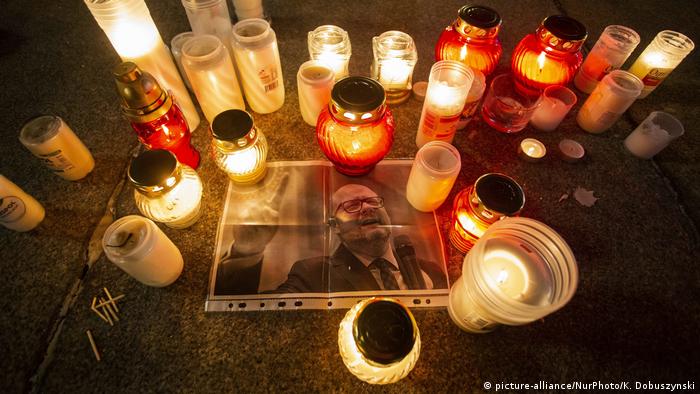 Residents of Gdansk have been mourning the killing of their mayor, Pawel Adamowicz, all this week. Around the city, people have appeared contemplative and teary-eyed. They've lit candles and have posted signs like one seen near the city's European Solidarity Centre (ECS) that reads, "Pawel, thank you. The people of Gdansk won't forget you."

ECS was one of the murdered mayor's major projects. It is a reminder of the city's central role in the anti-Soviet Solidarity Movement in the 1980s. Now, it's where the late mayor has been lying in state, accompanied by a condolence book. Mourners have waited for hours in long lines to give their personal farewells. Schools and public buildings have put out black-and-white photos of the mayor with black ribbons. They aren't official photos, but images showing Adamowicz during less formal moments.

His staff has described him as "tireless" and always full of new ideas. "Working with him was like combat exercise. There were long workdays, sometimes as long as 12 hours. He taught us all a lot. He was a feisty person, but his firm stance on values meant dealing with hateful attacks," said Magdalena Skorupko-Kaczmarek, the Gdansk city hall spokeswoman. 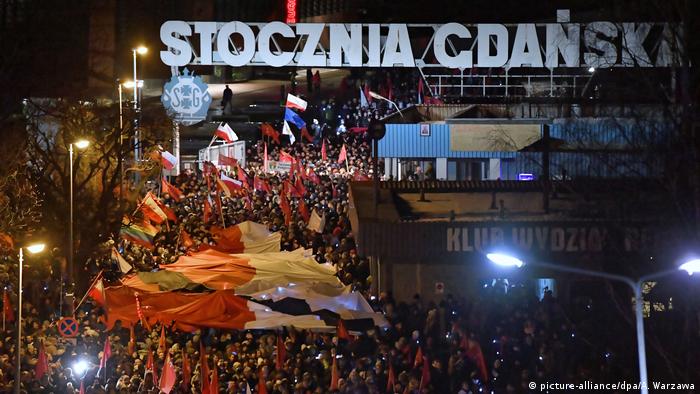 The mayor was mindful of the city's German history and invited the city's former residents to visit every four years. Critics called him a "fan of the Germans," Skorupko-Kaczmarek said, at times sardonically asking him if Polish should still be the city's language.

At the same time, Adamowicz often criticized Poland's ruling conservative nationalist Law and Justice Party (PiS). He regularly protested judiciary reforms that he saw as a danger to rule of law. 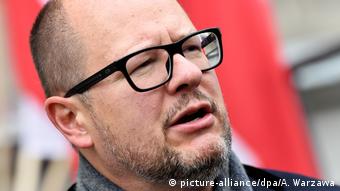 The slain mayor has been described as widely admired, energetic and full of ideas to improve his city

"We often asked ourselves if we should be so politically involved. Adamowicz taught us to never be just lukewarm on an issue," Skorupko-Kaczmarek said.

The mayor's participation in Sunday's fatal concert for Poland's largest annual charity event, which raises money for hospital equipment to treat children, was also a political statement. The event's link to a liberal foundation has long been a thorn in PiS' side, given that the millions of Poles who regularly take part nationwide leave the conservatives with little choice but to let it happen. Candles in the form of the fundraiser's red heart have since appeared around Poland in memory of the slain mayor.

Read more: Why Poland's government is up in arms about a children's charity

The mayor's widow, Magdalena Adamowicz, spoke to a crowd of thousands gathered at the ECS. She called out the problem of hate speech and the country's bitter divisions, accompanied by harsh verbal attacks on political opposition in the last few years. Many Poles have cited this caustic atmosphere as the deeper cause of the fatal attack.

"It's hard to believe that there can be so much hate," Magdalena Adamowicz said. "You remember him laughing with people on the street. Let's approach each other in a friendly manner. Let's love each other, like Pawel often said. His death will not be for nothing." 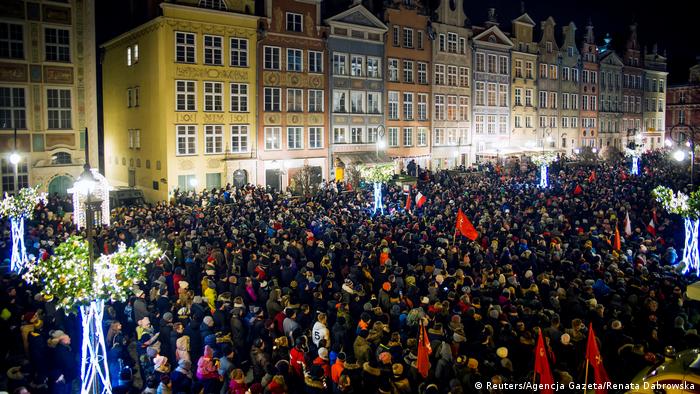 "There can be no submission to hate speech, violence, or words that can harm and kill," Gdansk's deputy mayor, Piotr Kowalczuk, said. That applies to the suspect's family, he added. "They, too, are going through their own trauma," he wrote on Facebook.

The suspect's mother went to police before the attack, Kowalczuk said based on speaking with her, to report her son's unstable psychological condition. The 27-year-old man had been released from prison in December after serving more than five years for bank robbery. She said she was concerned her son posed a threat to others because he blamed politicians for his situation. The Gdansk police confirmed her report.

For the deputy mayor, who is concerned about the family suffering retribution for the murder, supporting them is a gesture of goodwill that Adamowicz would have wanted.

A celebrated citizen of Gdansk

Pawel Adamowicz was born in Gdansk and will be buried where many notable residents are interred. The funeral will be broadcast live around the city. Expected to attend are European Council President and former Polish Prime Minister Donald Tusk, as well as Poland's current Prime Minister Mateusz Morawiecki, President Andrzej Duda and the country's heads of state since 1989.

The murder of Gdansk Mayor Pawel Adamowicz is a warning that Polish society has become dangerously polarized and that the country's political right must work to ease rather than stoke tensions, DW's Bartosz Dudek writes. (15.01.2019)