German Foreign Minister Heiko Maas visited the Polish capital to commemorate the 75th anniversary of the Warsaw Uprising. Despite a dark history, both countries want to look to the future — but that's not always easy. 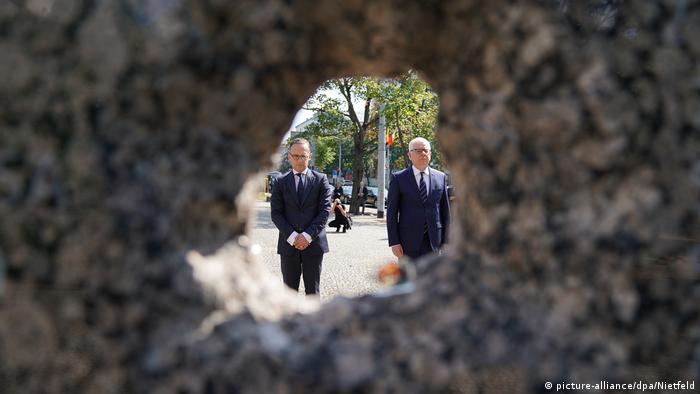 When Poles observed a minute of silence at 5 p.m. on Thursday to commemorate the 1944 Warsaw Uprising, German Foreign Minister Heiko Maas was already back in Berlin. Polish nationalists, meanwhile, marched through Warsaw. But seeing the far-right turn out in large numbers on an important national holiday is no usual sight these days in Poland. They are keen to change the way the country views its past. Poland's government, meanwhile, has done little to counter the radical right.

Though to only highlight the far-right march on this day of remembrance would not do Poland justice. After all, there were numerous gestures of reconciliation in Warsaw before the march. And when Maas visited the Polish capital, both sides were at pains to strike an amicable tone, which they largely succeeded at doing.

Up to 200,000 Poles were killed, many of them in the city's Wola district. In early August 1944, Germany's Wehrmacht and SS troops killed 50,000 people there — most of them by mass execution. Maas laid down a wreath besides a granite monument commemorating the dead. "For what was done to Poland by Germans and in the name of Germany, you can only feel deep shame," he said. "I also feel shame that this was not recognized for a long time after the war." 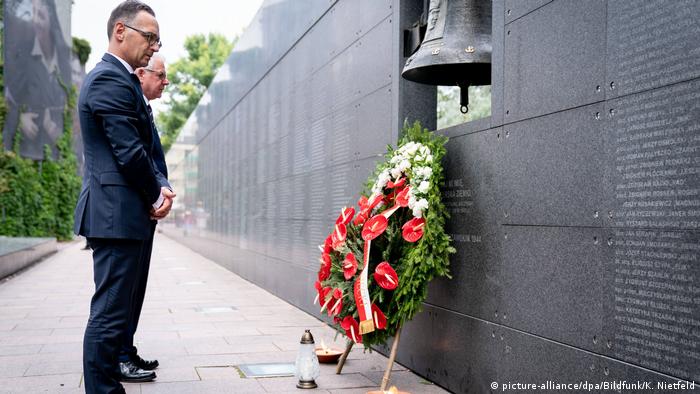 Maas visited the memorial for victims of the Warsaw Uprising with his Polish counterpart, Jacek Czaputowicz

Indeed, in postwar Germany crimes committed by German forces during the Warsaw Uprising and the occupation of Poland went largely unacknowledged for many years. And German lawmakers at times confused them with those perpetrated during the Warsaw Ghetto Uprising of 1943. "I today realized that parts of Polish history have received too little attention in Germany or are barely known at all, like the Warsaw Uprising," Maas said, adding that the suppression of the revolt "was a deliberate act to exterminate the very core of Polish identity."

Maas then directly addressed the victims of the uprising and their families. "I want to honor the dead, and ask the families of those killed and injured, and the Polish people, for forgiveness," he said.

His words struck the right tone. Indeed, on the 75th anniversary of the Warsaw Uprising, many Polish media outlets have pointed out that numerous German war crimes committed in 1944 have not been atoned for. A well-known example is the case of German SS commander Heinz Reinefarth, who was responsible for Warsaw's Wola massacre. After the war, Reinefarth was acquitted by a Hamburg court due to lack of evidence, and in 1951 was elected the mayor of Sylt, an island in northern Germany.

The island's current mayor, Nikolas Häckel, attended the commemoration ceremony, and in an interview said that "it is hard to fathom how such a criminal was allowed to become a mayor in postwar Germany." 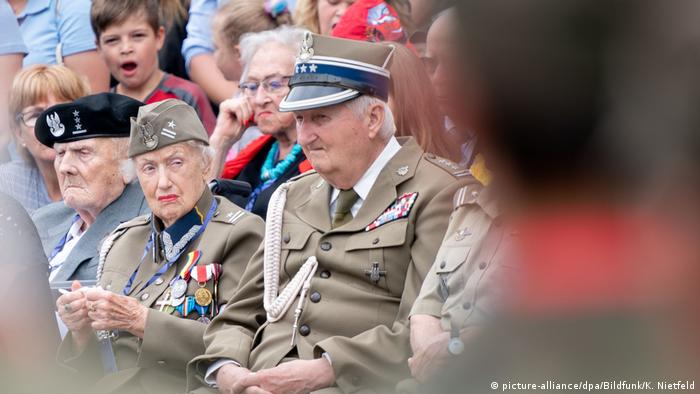 In Warsaw, many expressed satisfaction with the fact that Germany is beginning to acknowledge these crimes. "When we started discussing the 1944 uprising with the Germans, they hardly knew about it," said Jan Oldakowski, the director of the Warsaw Uprising Museum. Today, there is greater awareness among Germans for the past, which he said represents is a major step forward.

But at the same time, Czaputowicz was surprisingly outspoken about the extent of Germany's guilt, saying that 85% of Warsaw had been deliberately destroyed by German forces. Despite this fact, he noted, "the perpetrators have not compensated the Polish state or the Polish people for the damages caused."

Poland, Czaputowicz said, had rebuilt its capital without outside help, adding this was but one example of why Poles "refuse to treat the reparations question as settled."

The issue is not just dividing Germany and Poland, but the Polish public as well. Nationalists in the country welcome high-ranking lawmakers raising the issue with Germany, while liberals worry it is damaging German-Polish ties. 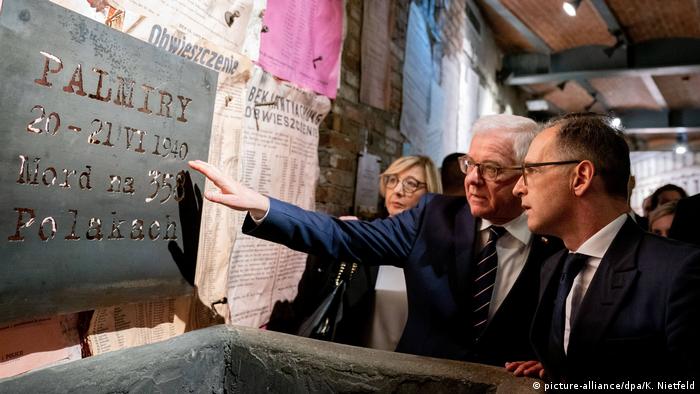 A day to honor the victims

A group of Polish high school students, who met both minsters at the Warsaw Uprising Museum, did not appreciate the issue being raised. "I did not like our foreign minister bringing up reparations," 17-year-old Aleksander Debski told DW. "If there is the need to reach an agreement they should do so among themselves; today's commemoration is about honoring the victims, not about politics," he added, as his fellow students nodded in approval.

A committee in Poland's parliament is presently calculating the cost of damages incurred during World War II, increasing the likelihood Warsaw could soon raise the issue more seriously with Berlin.

Yet despite such differences, both Maas and Czaputowicz made efforts to look forward. Maas said he supports an initiative by German lawmakers to create a memorial site for Polish victims of World War II in Berlin. "This is long overdue," he said, noting the memorial would "not just be a conciliatory gesture towards Poland, it would also be important for Germans."

Czaputowicz welcomed the initiative. Poland for years has sought a memorial site for Polish victims in the German capital. But for a long time, the thinking in Germany was that not all victims of Nazi crimes could expect a memorial in Berlin. Now, however, there is a growing awareness that such a site could send an important message.