At an event marking the 75th anniversary of the Warsaw Uprising, Germany has recognized its moral responsibility for Nazi wartime atrocities in Poland. But Foreign Minister Heiko Maas ruled out financial reparations. 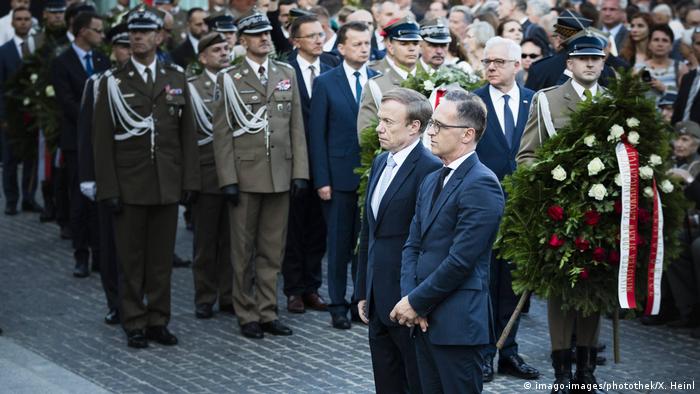 While on an official visit to Poland, German Foreign Minister Heiko Maas on Thursday participated in commemorations for the 75th anniversary of the Warsaw Uprising.

"For what was done to Poland by Germans and in the name of Germany, one can only feel deep shame," Maas said during a joint press conference on Wednesday with Polish Foreign Minister Jacek Czaputowicz.

However, Maas noted that the question of reparations for wartime actions was "closed for Germany."

Read more: What was the Warsaw Uprising? 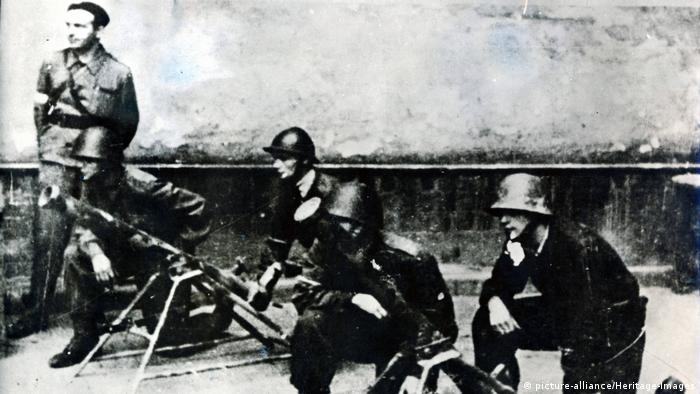 Seventy-five years ago, Polish resistance fighters took up arms against Nazis in Poland

But his Polish counterpart stressed a Polish "feeling of injustice or lack of compensation for harm and losses suffered" during World War II. A parliamentary team is assessing the cost of damages, Czaputowicz said.

In 2004, Warsaw's then-mayor and future president of Poland, Lech Kaczynski, put the cost of damages the city had sustained in the war at $45 billion (€41 billion).

The parliamentary assessment would be part of future discussions, Czaputowicz said.

Warsaw came to a standstill for one minute on Thursday at 5:00 p.m. (1500 GMT) to commemorate the moment of the uprising. Thousands gathered in the center of the Polish capital, while cars and pedestrians paused to pay tribute to those who died.

The Warsaw Uprising has continued to cast a shadow over German and Polish relations. However, Maas's attendance at the commemorations — the first by a high-ranking official since former Chancellor Gerhard Schröder's 2004 visit — marked a new page.

"The visit of [Foreign] Minister Heiko Maas constitutes proof of close relations between Poland and Germany, and the meaning that both sides ascribe to an honest, intensive dialogue between our countries," Czaputowicz said. 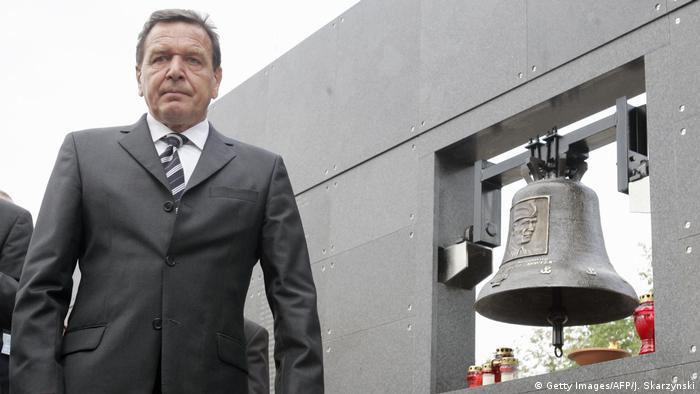 In 2004, Gerhard Schröder became the first German chancellor to take part in the Warsaw Uprising commemorations

In a failed bid to free the city, Polish resistance fighters rose up against Nazi occupation on August 1, 1944. Some 200,000 people — mainly civilians — were killed or executed during Nazi countermeasures. Hundreds of thousands were deported to concentration camps.

The rebels had hoped for outside help, but supplies dropped by the Allies tended to miss their target. And despite the nearby presence of advancing Soviet forces, Moscow refused to support the resistance fighters due to their connection with the anti-communist government in exile.

The resistance fighters managed to hold out for 63 days, before capitulating on October 2, 1944. Shortly afterwards, Nazi leader Adolf Hitler personally ordered the wide-scale destruction of the city. Around 90% of all historical buildings were blown up, including the royal palace.

Warsaw's population numbered almost one million at the start of the Uprising. By the time it was over, only a few thousand people still lived among the rubble of the devastated city.

The wounds of Warsaw

In 1944, the Nazis brutally quashed Warsaw's courageous rebellion against their rule as the Soviets looked on. On the 70th anniversary, some Poles are asking if the Warsaw Uprising was self-defeating heroism. (01.08.2014)