Poland remembers Warsaw Uprising 70 years on | Europe| News and current affairs from around the continent | DW | 01.08.2014

Poland this Friday is commemorating the 70th anniversary of the Warsaw Uprising, which pitted Polish citizens and the resistance against the Nazis. The rebellion is deeply embedded in Polish memory. 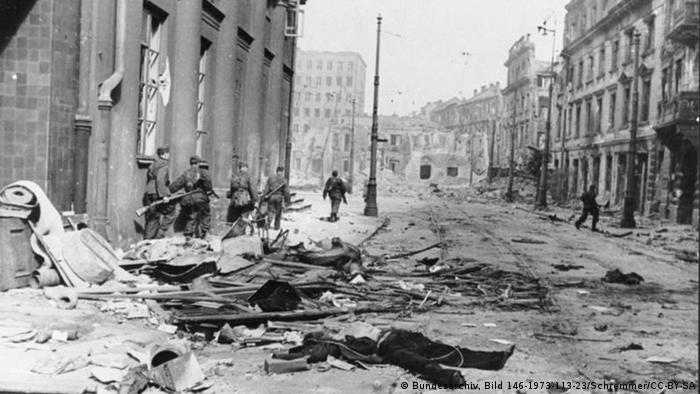 A shrill wail of sirens and the toll of church bells will mark the 70th anniversary of the outbreak of the Warsaw Uprising at 5pm this Friday. Thousands of people are expected to stop in the streets of Poland's capital to pay silent tribute to the insurgents.

But the celebrations actually kicked off much earlier with uprising-themed events, concerts, performances and activities dominating the city landscape for days.

"A free Poland and a uniting Europe will remain in your debt forever," Polish President Bronisław Komorowski said at the ceremony awarding distinctions to the insurgents on Thursday. He called the uprising anniversary an important occasion "for all of free and democratic Europe." He thanked the insurgents for their struggle "for the future of Poland and the entire world."

Miracle of forgiveness and reconciliation

Komorowski also thanked German President Joachim Gauck for his "exceptional words" at the opening of the exhibition "Warsaw Uprising of 1944" at Berlin's Topography of Terror Museum a day earlier. "[These are] words of amazement at and gratitude for the miracle of the Polish forgiveness to Germans, the miracle of reconciliation, over such a difficult, dramatic history," Komorowski stressed. 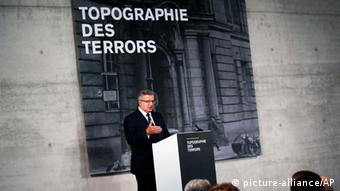 President Komorowski at the Topography of Terror Museum in Berlin

Foreign guests, including Björn Böhning, head of Berlin's Senate Chancellery, and veterans of the uprising will mark the anniversary with a traditional one minute's silence for those who died in the rebellion during the official celebrations at the Gloria Victis monument at Warsaw's Military Cemetery in Powazki.

Ten years earlier, Chancellor Gerhard Schröder took part in celebrations to commemorate the 60th anniversary of the uprising. "We bow our heads in shame under the burden of atrocities committed by German troops," he said at the time.

All over the city

The Warsaw Uprising of 1944 was a 63-day rebellion of the Polish resistance and citizens against the Nazis in an attempt to free the city from the occupiers. When the hoped-for external help from the Soviet Army failed to arrive, the uprising was crushed by the Nazis, leaving more than 200,000 people dead. During the fighting and after the capitulation, German troops demolished about 60 percent of the city.

The 70th anniversary of these dramatic events has provided an even greater abundance of celebrations and cultural events to Poland's capital than in previous years. An audience of some 10,000 gathered to watch the first-time screening of “City 44”, a film about the uprising, at Warsaw's National Stadium on Wednesday, while Ujazdow Avenue close to famous Łazienki Park is set to host an exhibition of 856 photographic portraits of the insurgents by renowned Polish photographer, Wojtek Wieteska. Countless concerts, performances, sports events and activities for children, lectures and various meetings have been attracting crowds, and Poland's leading TV and radio broadcasters are joining in a 70-second media blackout to honor the insurgents. 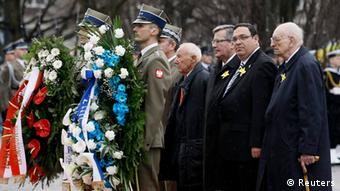 Survivors remember the uprising in Warsaw

The tragic events of August and September 1944 - among the most important in modern Polish history - continue to hold a special significance for Poles, as evidenced by the spike in interest for the anniversary celebrations over the past few years. This is especially apparent in the trend toward wider celebrations in the community rather than just official events. Solemn wreath-layings still draw many of those wishing to pay tribute to the fallen, but tens of thousands of Warsaw residents are also joining uprising-themed city games and sports events, such as the 24th Uprising Run, or the cycling event “Uprising Critical Mass”, the virtual minute of silence in social networks.

As this shift unfolds, with celebrations increasingly moving towards popular culture, critical voices can be heard over what some see as a commercialization of the tragic past.

Fashion designer Robert Kupisz was slammed for the Uprising-inspired T-shirt collection promoting the “City 44” movie. Some may also wonder if the minute of silence should make it to the realm of online gaming as announced for this year by the producer of “Enemy Front”, a video game set in occupied Warsaw.

But despite all the doubts, these developments seem to establish a space in the present for the memory of the events of 1944, bringing them closer to the younger generations and making reflections about them outlast the anniversary dates.

The Fire of Remembrance - lit on August 1 at the Warsaw Uprising Mound - will be extinguished on October 2, the 70th anniversary of the uprising capitulation. But the memory of the tragic events in Poland will not fade with the flames.

A new take on the Warsaw Uprising

Historical footage from the Warsaw Uprising has been put together into a film - complete with sound and color. DW talked about the film with Rafal Kiepuszewski, deputy head of the external services of Polish Radio. (23.08.2013)

For decades, Poland's Jewish history had been hidden in silence. Now it's being rediscovered: there are cultural festivals, exhibitions and a new Jewish museum - and a difficult debate on anti-Semitism. (20.08.2013)