The presidents of Germany and Poland have opened an acclaimed exhibition in Berlin commemorating the 1944 Warsaw Uprising and the city's subsequent destruction, an important chapter in the two countries' history. 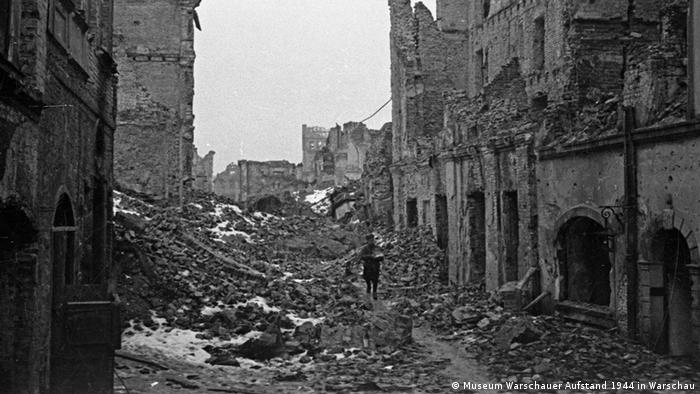 It is important to jointly develop an understanding of the suffering during the Nazi era, German President Joachim Gauck said on Tuesday (29.07.2014). He opened the exhibition together with his Polish counterpart, Bronislaw Komorowski, and veterans of the Warsaw Uprising against German occupation.

On August 1, 1944 the Polish Home Army launched its rebellion with the aim of liberating Warsaw, the capital that symbolized Polish independence, from its German occupiers. Some 15,000 insurgents and 150,000 civilians lost their lives in 63 days of fighting.

In response, Adolf Hitler himself declared Warsaw should be utterly destroyed. The entire population was to be killed and the city turned into rubble. After it ended, German soldiers dynamited a third of the city, leaving 85 percent of Warsaw in ruins. 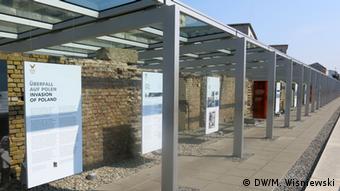 The exhibition shows over 60 photographs

Under Poland's postwar communist regime, the Uprising was a taboo topic. If it was mentioned at all, it was criticized as an irresponsible and unwise act amounting to "collective suicide." But today, most Poles see it as a victory over cowardice and fear - as the German president pointed out, this was something perhaps more enduring than military success.

The courageous Uprising was an importance reference point for the Polish opposition to communism - and for the Solidarity opposition movement in the 1980s.

"It is an incredibly important characteristic of the nation to be able to summon the fighting spirit in such a tragic situation, and fight, even though a victory seemed almost impossible," Gauck said, arguing that the struggle for freedom was of such paramount importance that people were willing to lay down their lives for it.

That was the message Poland sent to its European neighbors, Gauck said, recounting his own memories: The Polish freedom fighters had served as role models for the movement that led to the overthrow of the communist East German government in 1989. He said the Warsaw Uprising had served as a reminder "to take a risk, although we could not be certain that there would be a peaceful end to our movement." 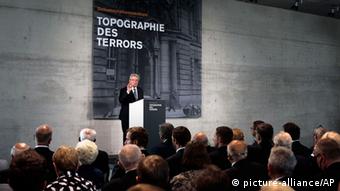 Gauck praised the 'fighting spirit' displayed during the Warsaw Uprising

This exhibition was long overdue, Gauck said, arguing that Germany needed to preserve the memory of its five-year-long occupation of its neighbor. The exhibition shows the Polish perspective and sheds light on the role the Uprising plays in the history of Polish society, explaining why freedom and independence are of such vital importance to Polish society.

The exhibition is a joint project of Poland's Warsaw Uprising Museum and the German Topography of Terror Foundation at a site in central Berlin, close to the location of the Berlin Wall, that housed the notorious Gestapo secret police and the SS paramilitary leadership.

Photos, documents and films show not only the Uprising itself, but the painful history of the destruction of the vibrant metropolis that Warsaw was in the 1930s and then its postwar restoration and development into a modern city with an impressive skyline.

The German president received praise for his understanding of the Polish perspectives, but also for openly addressing the history of two totalitarian systems: Hitler's Nazism as well as Stalin's communism. Soviet troops massed on the eastern bank of the Vistula river refused all assistance to the uprising, and stood by as it was crushed, even firing upon the few Alled supply planes that were sent.

Polish President Bronislaw Komorowski, a relative of General Tadeusz Bor-Komorowski, one of the leaders of the Uprising, said the exhibition was a sign of recognition of the honorable motives of the Warsaw insurgents.

He praised the Warsaw Uprising as an struggle of freedom fighters legitimized by the Polish people, organized in an underground Polish state; and that their dream of freedom had been passed on to younger generations who derived strength from history.

Komorowski spoke of a new, positive chapter in Polish-German history since the fall of communism. He said there was a special bond between the two countries, and also between the two capital cities, Warsaw and Berlin, that had both "risen like a phoenix from the ashes." He expressed the hope that the exhibition would be one of the factors in cementing this special bond.

The exhibition is open until October 26.