The wounds of Warsaw

In 1944, the Nazis brutally quashed Warsaw's courageous rebellion against their rule as the Soviets looked on. On the 70th anniversary, some Poles are asking if the Warsaw Uprising was self-defeating heroism. 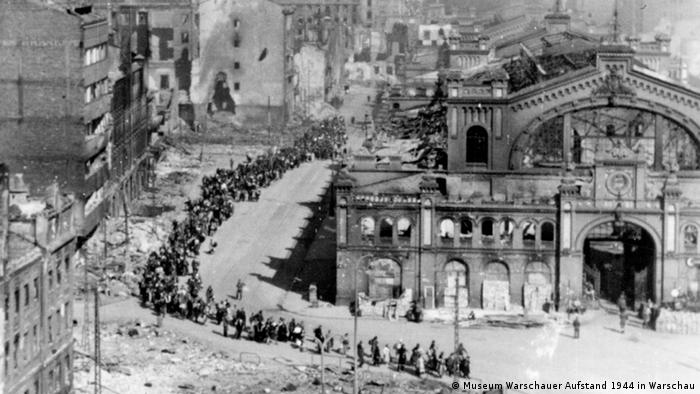 Most days, Palace Square in Warsaw is filled with classes of school children. "After the war, everything here was a wasteland," says a teacher, as he points behind to the beautiful square with its 22-meter-high Sigismund's Column and the Royal Palace.

Like the Warsaw Uprising, the thorough reconstruction of the Old Town after 1945 was also part of young Poles' self-conception, as a last attempt to free themselves from the power of the Nazis.

On August 1, 1944 - one year after the Warsaw Ghetto Uprising and as the Soviet Red Army approached Warsaw - around 53,000 Poles launched an armed rebellion against Nazi occupation. A victorious uprising against the German occupiers could have laid the foundation of a strong and powerful, independent Poland.

This is something all the Polish school classes are aware of when they walk from Palace Square past the statue of the Little Resistance Fighter. The sorrowful sculpture of a small boy wearing a helmet with a gun in his hand stands for the many child soldiers who fought in the Uprising. 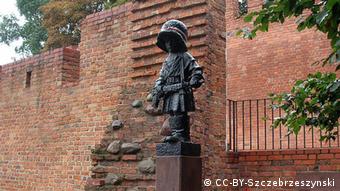 'The Little Resistance Fighter' honors the many children who fought in, or were trapped in, the Uprising

Teachers stay only a short while and then continue to the nearby observation point. "The Russians were already over there on the right bank of the Vistula. Everyone thought that they would soon join the attack and help to drive out the Germans," another teacher said.

The people of Warsaw hoped that the Soviets would at the very least help them with weapons and ammunition, but the Red Army watched and waited. Stalin had no interest in a victory for the Polish army, as he feared they would establish an anti-communist government. The bitter urban warfare lasted 63 days, which ended in a Polish surrender.

Although the Poles were outgunned, they had the element of surprise and intimate knowledge of their city in their favor. In the first few days, the resistance fighters were able to seize strategic areas, promting the Germans to withdraw from the Old Town.

But over time the fighters ran out of strength and supplies. Eventually the Uprising was brutally defeated. In January 1945, when the Russians finally crossed the Vistula to "liberate" Warsaw, there were only around 1,000 survivors among the ruins.

There are many memorials around the city to its victims, such as the south wall of St. John's Cathedral, where many young people stop to reflect. In 1944, the cathedral was a resistance bulwark. The Nazis sent in a radio-controlled tank filled with explosives to destroy it. A regular tank soon followed to finish the job. 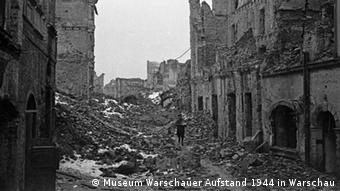 After the Uprising, the Germans dynamited much of the rest of the city

A litte further and the school classes and tourist groups meet in the city's beautiful market square. There they are told about SS leader Heinrich Himmler's command in 1944. "Every housing block is to be burned down and destroyed," he said. 60 percent of the city's buildings had already been destroyed during the Warsaw Uprising - and the Germans set about dynamiting the rest.

By the end of the year, only 15 percent of the buildings in Warsaw were left intact - and that included the Praga district across the river, which had been unaffected. Himmler‘s declaration that the outbreak of the Uprising was "historically a blessing," because it provided "a good excuse" to completely destroy the city, as well as carry out mass executions, is often quoted in Polish books.

During the Warsaw Uprising, the SS carried out a number of brutal massacres. Around 200,000 lost their lives in the conflict, nine-tenths of whom were civilians.

The Germans deported the entire civilian population, over 600,000 people, to a so-called "transit camp" in Pruszkow, to the south. Many were sent on to concentration camps.

The Uprising was a taboo topic during communist rule in Poland. If it was mentioned at all, it was usually described as a pointless act of self-sacrifice.

But some Poles still share this view. Piotr Zychowicz, a young journalist, caused a brief storm of outrage with his book "Obled 44" (The Madness of '44). He called the Warsaw Uprising "a gigantic, useless sacrifice."

Zychowicz criticized the leadership of the Uprising for poor judgment and blaming them for the deaths of thousands of people.

Most historians do not accept this point of view. Jacek Mlynarczyk from the Nicolaus Copernicus University in Torun said tt was not possible to judge the Uprising from today's perspective because, "the uprisers knew far less than we do today."

But despite Polish reverence for the heroism of the city's defenders, the broader question of whether the Uprising made sense must seemingly remain unanswered and will no doubt occupy the minds of the Poles for a long time to come. 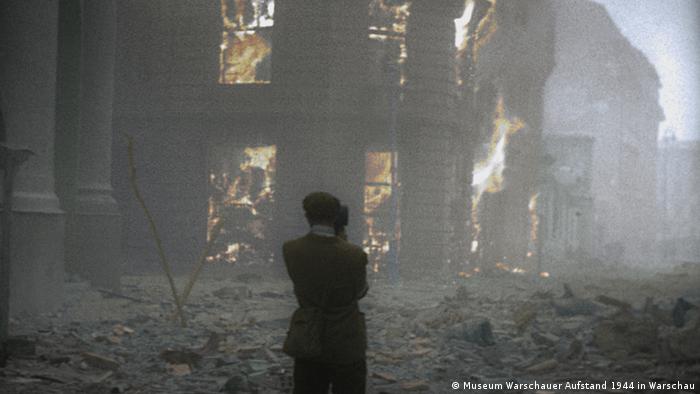 A place where many look for answers is the Warsaw Uprising Museum. Since it opened 10 years ago, around 4 million people have visited. There is often a long queue at the entrance.

Director Pawel Ukielski regards the current debate about the Uprising as a positive thing that could shape national self-perception. "Our museum provides a background, but we don't want to make any assessment," he said.

Children learn about the Uprising

In the museum, it's astonishing to see so many young people and children. For school classes, it's slowly become something of an obligation to visit, just like a trip to Warsaw's Old Town. After just a few steps, visitors can hear the sound of falling bombs and alarm sirens. This has quite an effect on children and young people.

For 85-year-old Edmund Baranowski, who fought as a 15-year-old in the Uprising, this isn't so pleasing to hear. "Children have no place in war," he said. The children's playroom at the museum is full of models of warplanes and figurines of soldiers.

It's not just the museum that's following the trend of realism as a method of teaching history. Recently a children's game came onto the Polish market with figures of laughing resistance fighters with weapons and SS officers, as well as grenades, Molotov cocktails and munitions. This commercialization of the Polish national ethos came just before the 70th anniversary and was criticized for toeing the fine line of tolerability. 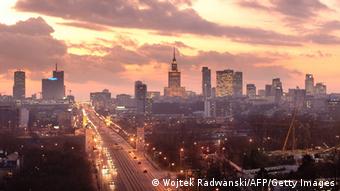 Since the 1970s, skyscrapers have been added to Warsaw's skyline

Interest in the Warsaw Uprising has never been as high as this year. The topic is just as important 70 years on. But what's different this year is the historical connection to the most important events in Poland's recent history.

"Without the memory of the victims of the Uprising, it would never have been possible to have the unbloody, peaceful Solidarity revolution in 1989," Ukielski said, referring to the Polish trade union movement that played a key role in the defeat of communism.

Similar opinions are often head in the media nowadays. "The debates show that Poland has learned from its history,” says Ukielski. "Because of the trauma of 1944, no opposition wanted to allow the freedom of the people to perish."

But most Poles will reflect quietly on August 1. Traditionally, this day is devoted purely to the heroes of the past. At 5 p.m., sirens will be heard to mark the outbreak of the conflict. The city will stop for a minute of silence: people, cars, buses, sports teams - everything will be peaceful and still.