As German forces were mobilizing to liquidate the Warsaw Ghetto, Simcha "Kazik" Rotem resisted and fought back. Rotem said he and his comrades fought to "choose the kind of death" they wanted. 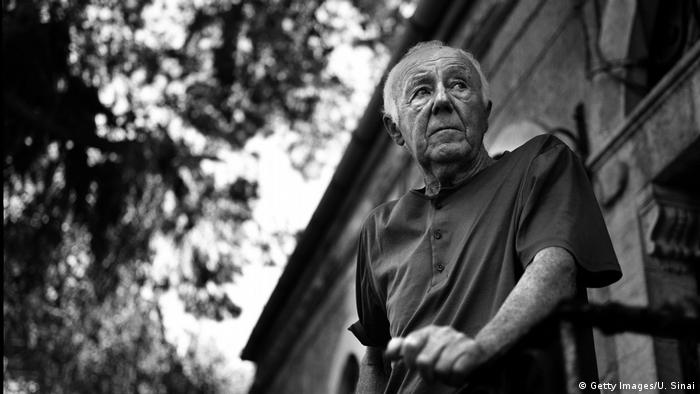 Simcha "Kazik" Rotem, the last surviving fighter of the 1943 Warsaw Ghetto Uprising against the Nazis, died on Saturday in Israel at the age of 94. Israeli President Reuven Rivlin made the announcement.

Rotem, who went by the nom-de-guerre Kazik, served in the Jewish Fighting Organization that staged the uprising on April 19, 1943, when the Nazis began deporting the surviving residents of the Jewish ghetto in Poland's capital.

Thousands of Jews died in what was Europe's first urban anti-Nazi revolt. Most of them burned alive, while nearly all the rest were sent to Treblinka concentration camp.

"This evening, we part from... Simcha Rotem, the last of the Warsaw Ghetto fighters," Rivlin said in a statement. "He joined the uprising and helped save dozens of fighters."

Israeli Prime Minister Benyamin Netanyahu mourned Rotem's death, saying that "his story and the story of the uprising will accompany our people forever."

According to Israeli newspaper Haaretz, Rotem was born in Warsaw in 1924. At the outbreak of World War II, his family's home was destroyed by German bombing raids, resulting in the death of his brother, grandparents, aunt and uncle.

"When I regained consciousness, I found myself under the wreckage of the house. Only after I managed to extricate myself did I see that our house was totally destroyed and no sign of life was to be seen," the resistance fighter said in an interview with the Yad Vashem Holocaust museum.

Rotem was sent to live with relatives in the city of Klwow. But by 1943, he returned to the Warsaw Ghetto and that is when he joined the Jewish Combat Organization, commanded by the legendary Mordechai Anielewicz. He was 19 years old at the time.

"We knew that something was about to happen. But to tell the truth, even at this stage, meaning in the final stage before the ghetto's liquidation, we probably still couldn't accept this thing... A total annihilation, in the 20th century, in the very heart of Europe — something like this is just impossible. It was hard to accept this notion," he said. 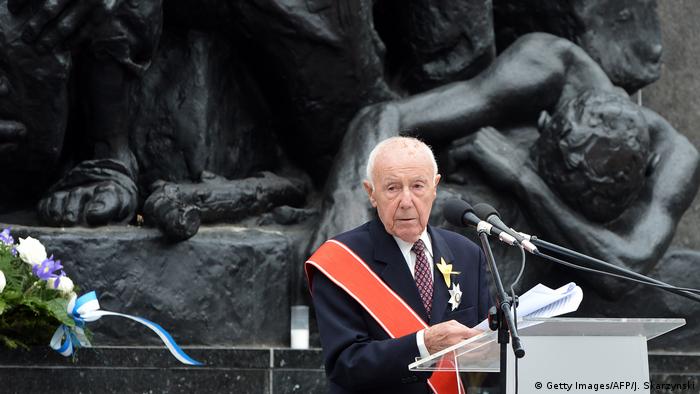 After World War II, Rotem lived the rest of his life in Israel

Rotem ultimately survived the Warsaw Ghetto Uprising by masterminding an escape through the drainage system with dozens of comrades, guided by Polish sewer workers.

After the liquidation of the Warsaw Ghetto, he went on to participate in the 1944 Warsaw Uprising led by Polish resistance fighters against the Nazis. When the war concluded, he immigrated to Israel and lived there the rest of his life.

Speaking at a 2013 ceremony in Poland to mark the 70th anniversary of the uprising, Rotem recalled that by April 1943 most of the ghetto's Jews had died and the 50,000 who remained expected the same fate.

Of the uprising, Rotem said he and his comrades took up arms in order to "choose the kind of death" they wanted.

"But to this very day I keep thinking whether we had the right to make the decision to start the uprising and by the same token to shorten the lives of many people by a week, a day or two," Rotem said.

Rotem's funeral will be held on Monday afternoon at Kibbutz Harel. He is survived by children and grandchildren.

Poland's president has led state ceremonies honoring the heroes of the Warsaw Ghetto Uprising. With his party in the glare of international disapproval over its alleged xenophobia, the event doesn't do any harm. (19.04.2016)

When Yisrael Kristal was liberated from the Auschwitz concentration camp in 1945, he could scarcely have imagined that he would one day live to be the world's oldest man. But today he has done the unthinkable. (11.03.2016)