When Yisrael Kristal was liberated from the Auschwitz concentration camp in 1945, he could scarcely have imagined that he would one day live to be the world's oldest man. But today he has done the unthinkable. 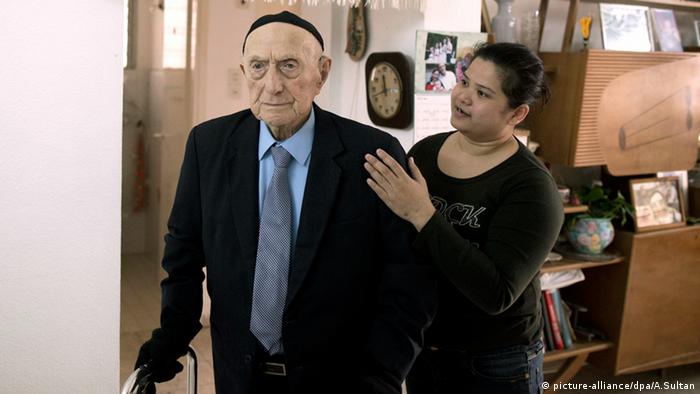 More than 70 years ago Yisrael Kristal was a prisoner in a Nazi concentration camp. Today he is the world's oldest man, at 112, Guinness World Records has announced.

Kristal was born on September 15, 1903 in what is now Poland, but was western Russia at the time. His birth preceded the Wright brothers' first flight by three months.

He lived through both world wars, surviving World War II in the Warsaw ghetto, until being sent to Auschwitz in 1944.

"Mr. Kristal's achievement is remarkable - he can teach us all an important lesson about the value of life and how to stretch the limits of human longevity," Frigatti said. 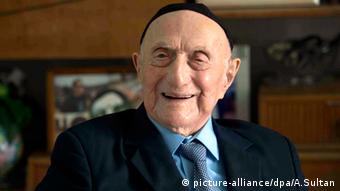 Reacting to the news, Kristal released a statement.

"I don't know the secret for long life," he said. "I believe that everything is determined from above and we shall never know the reasons why. There have been smarter, stronger and better looking men then me who are no longer alive."

Kristal worked in the family's confectionary shop before the war and continued that work after the war.

His first wife and two children died in the Holocaust. Kristal weighed just 81 pounds when he was liberated from the concentration camp at Auschwitz-Birkenau.

After 55 years at the helm of the Beaux Arts Trio, the pianist, now 91, embarked on an astonishing solo career. On Sunday, October 18, he receives the German Phono Academy's Lifetime Achievement Award. (17.10.2015)

A Jewish-German woman who was barred from receiving her doctorate under the Nazis has finally completed her degree - at the age of 102. She's believed to be the country's oldest PhD recipient. (09.06.2015)

US grandmother sets marathon record at 92

Harriette Thompson has become the oldest woman in the world to finish a marathon. She participated in the San Diego marathon to raise money for research into cancer - a disease she herself survived. (01.06.2015)