For the first time, the European Commission has released a report analyzing rule of law in all EU countries — and it doesn't look good. But words are weak when it comes to effecting change, says DW's Marina Strauss. 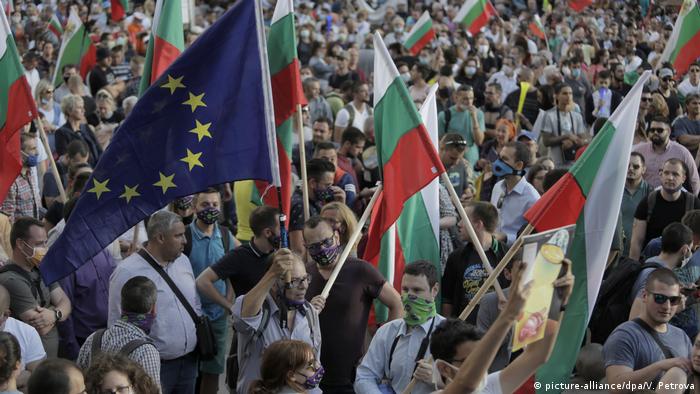 Thousands of people, sometimes tens of thousands, have been taking to the streets of Bulgaria each and every day since the beginning of July. Yet this has gone pretty much unnoticed by the rest of Europe, even among the politically interested. Ask them about Bulgaria, and the response is often, "Bulgaria? Don't you mean Belarus?"

Bulgarians, just like Belarusians, are angry. They're calling for the resignation of Prime Minister Boyko Borissov and the country's chief public prosecutor, Ivan Geshev. Bulgaria, the protesters complain, suffers from widespread corruption, misappropriation of EU funding and a dysfunctional justice system. And that's just the beginning.

Disappointed in the European Union 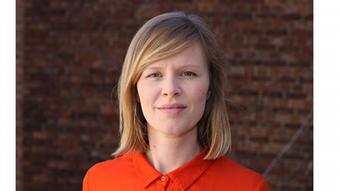 Many Bulgarians are also disappointed in the European Union. They want it to put more pressure on the Bulgarian government to institute concrete reforms. Yet a report published Wednesday by the European Commission, the EU's executive body, isn't likely to change much.

To its credit, it's the first time that an EU report has analyzed the state of rule of law in all 27 EU member countries. It concluded that a number of EU states, including Bulgaria, the Czech Republic, Croatia, Slovakia, and Malta, have much room for improvement. Even Germany has areas where it could do better.

The EU Commission is now spotlighting a number of its member states, having previously focused on Poland and Hungary. The two countries were pinpointed for good reason, as serious criticism has been leveled at both countries with regard to the independence of their judicial systems. The recent report expresses the same concern.

Both Poland and Hungary face Article 7 procedures, which allow EU member states to be sanctioned for violating the bloc's foundational values. Both countries show little interest in engaging in dialogue on the subject. Hungarian Prime Minister Viktor Orban's recent demand that EU Commission Vice President Vera Jourova resign because she had referred to Hungary as a "sick democracy" in an interview perfectly exemplifies the situation.

How will dialogue solve anything?

This is why it now seems strange that the EU Commission is using the report as a springboard to start "a dialogue" on EU core values. We have to talk!

Poland and Hungary best examplify how words alone don't solve much. It's reasonable to fear that while the report will make for some interesting reading, in the end it won't be more than a large stack of paper lacking any real weight.

What the EU really needs is an effective mechanism that protects the rule of law within the bloc. Violations need to cause enough pain to be taken seriously. And what would hurt EU member states more than cutting EU subsidies or actually issuing substantial fines?

But there is a glimmer of hope. On Wednesday, a majority of EU member state representatives approved a recommendation by Germany, which currently holds the rotating EU presidency, to finally punish countries that violate the EU's rule of law. The recommendation was naturally watered down in the end and is much weaker than previous recommendations, but at least it's a step in the right direction.

A slap in the face of the people of Bulgaria

Unsurprisingly, both Hungary and Poland are doing all they can to stonewall progress. They have an ace up their sleeve in this regard:  They could prevent the rule of law mechanisms from taking hold by blocking the already negotiated 7-year EU budget and coronavirus recovery package. For EU countries whose economies are especially suffering as a result of the coronavirus pandemic, this could be the push off the proverbial cliff.

It would be a real slap in the face of protesters in Bulgaria if the EU isn't able to implement an effective mechanism that protects the rule of law in all 27-member states. This would not only cause Bulgarians to loose faith in the EU over its inability to defend its own values, but would also embolden those who for years have trampled on the rights of their citizens, allowing them to feel as if they have won.

Adapted from the original German by John Doyle.

Are new EU rules for truck drivers a curse or a blessing?

Germany: Pandemic state of emergency may end in November 6h ago

China denies hypersonic missile launch amid US concerns 6h ago